This article picks up on what’s driven most of my work for the past 30 years: understanding how people change and how they maintain change.

In Part I we looked at why it’s important to study and understand what motivates people who succeed at lasting change.

In Part II began listing my observations of common threads among hundreds of long-term weight maintainers and individuals who have resolved serious drinking problems.

“I remember the pain, the rejection of being super-fast.”

“I remember the days of wearing a maxi pad every day because it kept my pant seam from digging into my butt. I’ll never let myself go back to being an overweight woman!

“In one [old] photo, I am with my tiny Doberman puppy, and I look like a sumo wrestler.”

“I recall the mornings after, the guilt and shame of waking up in some unfamiliar place, lying naked beside some stranger, the fear of retribution for misdeeds, real or imagined.”

“I recall the incredible pain of withdrawal and the feeling of total despair – that you are losing your mind or have already done so, that you have soiled the memory of yourself with your loved ones.”

How to Stay Motivated to Maintain Lasting Change 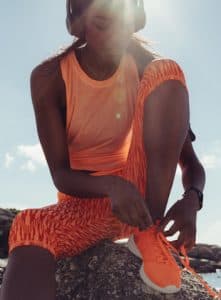 Does this mean that you have to wallow in the past in order to stay motivated to maintain lasting change? Certainly not.

The good news is that the second most common response from both weight and sobriety maintainers in response to my question about sustaining motivation was that they celebrate the benefits of what they get back from their changed ways of life.

Different people said it in different ways, but after they told me about how they kept fresh their memories of the past, almost in their next breaths, they made statements such as the following:

“I feel physically fit. I don’t want to be fat again. I love buying clothes and bathing suits and fitting into airplane seats and bathrooms!”

“My health is too improved to want to go back to old habits. After 22 years of pills, my doctor has taken me off all but one prescription drug. My blood pressure is normal. My cholesterol is good, too.”

“Reminding myself how full and rich my life has become is a form of positive reinforcement that I use frequently. I’m alive. My wife stayed with me. We have four terrific kids. I don’t have physical withdrawal symptoms. I’ve become better at what I do. I’m healthier.”

“I felt older during my last years of drinking, when I was 47, than I do now, at 73. Sex is great. Life has all kinds of possibilities: people to meet and work with, books to read, places to see.”

So what does this mean for someone who’s not there yet – someone who has a few months of sobriety, then has a slip? Or who loses 10, 20, or 30 pounds out of the 100 of the goal set, as well as his or her enthusiasm?

Even though they’re not where they ultimately want to be, I advise trying to see the glass as half-full rather than half-empty, focusing on the big picture. Better still, when starting a lifestyle change regime – or even in the midst of one – I always encourage people to take note of any positive change or accomplishment, no matter how small, en route to their goals. For example, from the beginning of quitting or cutting back on drinking or starting a weight-loss regime, keep a diary of changes in body, mind, and spirit – noting not only appearance or scale changes, but also benefits such as having more energy, more confidence, feeling less bloated, sleeping better, breathing better, and positive changes in relationships.

Whenever the person embarking on change feels discouraged or falls short of his or her goals, the diary can serve as a motivator to keep on going.

Quotes in this were adapted from Thin for Life Eating Thin for Life, 1997, and Sober For Good, 2001 by Anne M. Fletcher. Houghton Harcourt. All rights reserved.