Looking for ‘Likely’ Cause of Addiction Won’t Get You Far

On Tuesday Huffington Post published an article with the headline, “The Likely Cause of Addiction Has Been Discovered, and It Is Not What You Think” written by Johann Hari. As is always the case with articles and arguments (including my own right here), there is something right about them. And something wrong. It is always important to identify each.

I’ll start with the right first. It is appropriate to ask, “What causes some people to become fixated on a drug or behavior until they can’t stop?” Those of us who are addicts ask ourselves this, as do those who know/ love/ live with us. Another great question that is dependent on the answer to the first is, “How do we help them?” I offer an addendum—How do we help ourselves?

Hari is also right to identify addiction as a symptom of a deeper sickness in the way we live. I certainly agree. Suffering is part of the human condition and addiction is a particular form of suffering. Addiction is an existential condition. It fundamentally affects the type of meaning and sense a person can make of herself and her place in the world. Addiction may accelerate as suffering does, which in turn increases suffering. The different forms of suffering become entangled, making it more likely that a person might seek to use chemicals or drugs. If we do want to lessen the chances of someone developing an addiction, we might look to various ways to alleviate suffering and, as Hari advocates, create more opportunities for human connection.

However, I have some serious concerns with Hari’s arguments about an environment causing addiction or causing a person to leave an addiction behind. As a philosopher, I tend to pay special attention whenever a causal claim is made. A causal claim is one of the strongest claims a person can make. She is claiming that two events are related to each other in such a way that one has the power to bring about another event that follows. Hari makes some unjustified causal claims that weaken his argument. 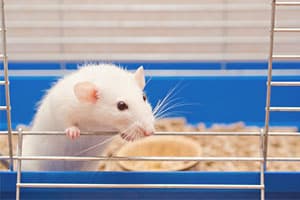 Hari references the Rat Park experiments. Put a rat into a cage with two bottles—one with plain water and one with cocaine laced water—and the rat will go for the cocaine water. In the 1970s, Bruce Alexander did some revised Rat Park studies. Instead of a bleak cage with an isolated rat, he put groups of rats in cages with various forms of play, stimulation, and good food. Rats in those conditions didn’t prefer the cocaine water to the plain water. Happy well-fed social rats had a good life and didn’t become heavy users.

Hari then cites Alexander’s further study of Rat Parks in which he introduced the isolated rats that got hooked on coke to Happy Rat Park. After a few twitches of withdrawal, they went back to a normal rat life.

Hari’s conclusion is, ‘the good cage saved them.’ There is also the implied related claim that ‘the bad cage destroyed them.’-Peg O’Connor

Hari’s conclusion is, “the good cage saved them.” There is also the implied related claim that “the bad cage destroyed them.” This is the locus of my concern. The cage has all the agency. The environment has all the power to destroy or to heal the rats. Let’s put aside the question of whether rats have agency, and turn to the case involving humans that Hari references to support the claim that the environment has all the causal power to good or bad effect.

What is the Environmental Impact on Addiction for Humans?

The number of veterans who became addicted to heroin while serving in Vietnam was relatively estimated to be 20 percent. Hari then claims, “some 95% of the addicted soldiers—according to the same study—simply stopped. Very few had rehab. They shifted from a terrifying cage back to a pleasant one, so didn’t want the drug anymore.” A more pleasant cage saved them.

So, yes environments matter enormously. But this is not the same as saying that the environment causes [addiction].-Peg O’Connor

What Hari doesn’t mention is that a number of these addicted soldiers were “dried out” or were put into rehab before they were sent back home to the states. It is true that those soldiers who did this and then returned home had much lower rates of addiction or relapse than authorities would have imagined. The belief is that the environment in which they used was radically different from the one to which they returned. So, yes environments matter enormously. But this is not the same as saying that the environment causes. Here’s a feature about those veterans on NPR.

For Hari, the rats who became normal and the vets who didn’t keep using heroin show the view that the brain is hijacked by the chemical hooks or certain drugs or behaviors is wrong. If truly hijacked, a change in the environment wouldn’t make a difference. But there is a change, so Hari makes a leap to the conclusion that the new environment caused the change in use.

Here’s another way to tack into the problems I see with Hari’s claim that environments cause addiction or cause a person to be cured.

Addiction is a highly complex set of phenomena that cannot be reduced to one cause, which means there is not one solution or treatment.-Peg O’Connor

Instead of trying to answer a question that is a false dichotomy, let’s instead ask and answer questions about intersections and multiple causes. Addiction is a highly complex set of phenomena that cannot be reduced to one cause, which means there is not one solution or treatment. It may not be possible to untangle these factors because they become stuck together. Many of them are already relational or composite, so they can’t be reduced to their simple or single parts.

Hari’s argument does poignantly address ways that addiction is not just a problem of an individual with a brain that has gone haywire. I couldn’t agree more and I’ve argued elsewhere that we need to retire the analogy of the hijacked brain. We do need to attend to the fact there are social/ economic/ political realities that mean individuals and groups of people are more likely to suffer greatly and unjustly. We do need to examine the conditions in which some people live where getting high or being wasted is preferable to confronting a reality that offers no hope or no joy.