The only problem with telling people that they are powerless over their drug use is that they are not powerless, not at all. They and they alone have the power to quit using drugs or change their drug use behavior. Moreover, they do it successfully, time and time again. Most often, they simply make the decision that ‘enough is enough’ and decide to quit (or cut back), and succeed without special help. Sometimes they do it with help from counseling or support groups.

The ideology of powerlessness permeates the field of drug counseling and keeps people from feeling that they, of their own volition, can do anything to overcome serious, problematic drug use behavior.-Robert Schwebel, Ph.D.

This isn’t to say that people don’t feel powerless over drugs. They can feel powerless, but still not be powerless. Nor is this to say that overcoming drug problems is a simple, easy to accomplish feat. The task may be daunting, but it can be accomplished. The last thing people need when they are feeling weak and trying to take control over their own lives is someone telling them that indeed they are powerless and have no control. Sadly, this happens all the time. The ideology of powerlessness permeates the field of drug counseling and keeps people from feeling that they, of their own volition, can do anything to overcome serious, problematic drug use behavior.

The reinforcement of powerlessness similarly extends to other mental health concerns, and has gained enormous traction over the past forty years, largely due to the impact of massive pharmaceutical advertising and marketing campaigns. For example, “big pharma” has aggressively sold the narrative of depression resulting from a “chemical imbalance,” and promised happiness from a pill. Consider how this exploits a sense of powerlessness.

I remember the old days when clients would come for counseling and complain of depression. We would ask what was making them unhappy. They would refer to specific conditions in their lives – perhaps family problems, relationship problems, employment problems, loneliness, very little fun, or whatever. These were actionable problems. We would explain that they could change their mood if they would (1) begin to solve the problems that were making them unhappy and (2) participate in more activities that gave them pleasure. Many clients reported a sense of powerlessness about taking action (even getting out of bed). Clearly, however, their lives would not improve without action. “I know you feel powerless,” we would say, “but you are not powerless.” Then we would assure them that, as difficult as it feels to take action, they could do it. This is precisely how people overcome depression. “You have to fight the feeling.” With this urging, they would step up to the plate and take power over their lives. Gradually as their lives improved, depression lifted. 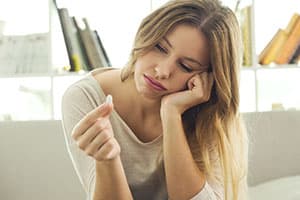 Roll forward to the present time. Nowadays when psychologists ask people why they are depressed, the reply is that they suffer from a “chemical imbalance,” which then leaves them the singular solution of taking medication. With depression medicalized in this way, people don’t look at the conditions of their lives, or the possibility of personal initiative (or collective action) to solve their problems. Stripped of context, they feel powerless and see nothing they can do except turn to medication to change their mood. Day in and day out, they hear: “Ask your doctor” and swallow a pill.

The same medicalizing of our experiences has transformed the public understanding of moodiness. What used to be seen as transient mood swings in response to the changing conditions of life, now gets labeled as bi-polar. Instead of looking for the causes of mood swings in our daily experiences, we are sold mood stabilizers to deal with our bi-polar diagnosis.

I’m not a Luddite, arguing against pharmaceutical drugs when used appropriately. I am, however, appalled at the mass marketing of powerlessness and deceptive advertising of big pharma.

As citizens, I believe it’s important to be aware and concerned about the ideology of powerlessness. It leaves us vulnerable to sales pitches of any sort, and to any business, government, or organization with a product or belief system to sell. When personal powerlessness is reinforced, we have to turn to others for solutions to problems and take their cure. It’s scary to think where this can lead. It means we have little power over our own circumstances. This, then, protects the status quo because it diverts our attention away from the conditions of our lives. Beyond a note of caution here, I’ll leave this part of the discussion to sociologists and political economists.

As a psychologist, however, I have a lot to say about the ideology of powerlessness. It is insidious and completely contrary to what we know about good mental health and the importance of taking action to improve our lives. It tears people down. When told repeatedly that they are powerless, people begin to believe it. They underestimate what they can do. This diminishes their self-esteem and sense of efficacy. They look at every mistake or setback as confirmation of their powerlessness. They see themselves as failures. This, then, further diminishes their self-esteem and further confirms their sense of powerlessness. It becomes a self-fulfilling prophecy.

Instead of a setback being a call for action, it becomes a call for surrender.

To help people overcome drug problems, we need to get off the powerlessness bandwagon, stop exaggerating the power of drugs (street drugs and pharmaceuticals), and stop diminishing the power of people. Of course alcohol and other street drugs are enormously reinforcing to the people who use them. So are food, sex, and other pleasures and sources of relief. But that doesn’t mean we can’t resist them and can’t control ourselves from going to excess.

To help people overcome drug problems, we need to get off the powerlessness bandwagon, stop exaggerating the power of drugs, and stop diminishing the power of people.-Robert Schwebel, Ph.D.

Anyone who wants to help clients, friends, or people they love overcome drug problems should understand how hard it feels to resist urges, and both accept and validate that many people actually feel powerless in the face of overwhelming urges. At the same time, we should fiercely counter the belief that they are powerless, give a resounding “You can do it” message, absolutely insist that they have the power to control themselves if they decide to do so, and offer our unwavering support.

I’m not proposing empty affirmations. Success requires hard work and sustained effort. People have to learn to live without drugs (or within the limits they set), and this often means solving a myriad of underlying and co-occurring problems. A tall task – but not insurmountable. No one said it would be easy. Only that it can be done. I’m not suggesting super-individualism, either. People don’t have to do it alone. When we take power over our own lives, it is wise to draw upon all the help and support we can garner.

In the helping professions, we need to deliver the message: You can do it!

Robert SchwebelAUTHORRobert Schwebel is a clinical psychologist who wrote and developed The Seven Challenges®. It is an evidence-based comprehensive counseling program that incorporates work on drug problems, first designed for adolescents and young adults, and now adapted for adults of all ages. Widely used across the United States, and in Canada and Germany, the program has been implemented in community agencies, residential treatment centers, public and private schools, treatment schools, juvenile justice facilities, and drug courts. Robert works closely with organizations to provide clinical support and oversight. Over the years, Robert wrote several books including Saying No Is Not Enough; Keep Your Kids Tobacco-Free; and Who’s on Top, Who’s on Bottom: How Couples Can Learn to Share Power. He is regularly called for comments and interviews, and has appeared on Oprah, The Today Show, The CBS Early Show, CNN and other national media. In his career, Robert directed publicly funded agencies that provide prevention and counseling services, and maintained a private practice for many years. Currently he works on program development; provides lectures and workshops; and has a special interest in promoting progressive public policy and social justice in his professional work. He and his wife live in Tucson, AZ, and seek out as much time as possible with their two young adult children.
Take the next step