What do George W. Bush, David Letterman, and Garrison Keillor have in common? From available evidence, all three men beat serious drinking problems without any professional addiction help – and, apparently, without involvement in 12-step groups – even though it’s often said that you can’t recover without outside assistance.

Most people think that the only ways to resolve a substance problem are by going to a treatment program, usually rehab, or to a 12-step support (also called mutual help) group such as Alcoholics Anonymous or Narcotics Anonymous. Personally speaking, during a pre-show interview for a National Public Radio program, the producer was astounded when I told her that it never crossed my mind to enter treatment for my alcohol problem. (I had one-on-one help from an addiction psychologist.)

Released to little fanfare, a recent first-of-its-kind study that included a huge number of individuals with a wide range of alcohol and other drug (AOD) problems not only showed that people resolved them by many different means, it revealed important information about how many people recover, how long they’ve been recovered, and more.

It may come as a surprise to know that that individuals who meet the criteria for “alcoholism” or what professionals call severe alcohol use disorders represent only a small minority of people with alcohol problems. Far more meet psychiatric criteria for mild or moderate alcohol use disorders. And many millions of people who wouldn’t meet the diagnostic criteria for having a substance use disorder use such drugs as alcohol and prescription pills in a harmful or risky way – for instance, having five or more drinks within two hours time or taking four (as opposed to the prescribed two) painkillers at once in order to feel euphoric. 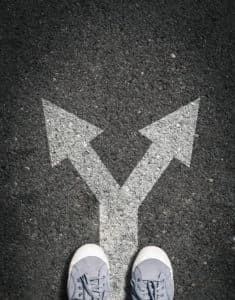 Because previous research on how people achieve recovery (or remission) did not address how many and by what means this broad array of people resolve AOD problems, Harvard University psychologist John Kelly, Ph.D. (also director of Massachusetts General Hospital’s Recovery Research Institute) and colleagues decided to find out. For starters a nationally representative group of nearly 40,000 people was sent the screening question, “Did you used to have a problem with drugs or alcohol, but no longer do?” The 25,229 individuals who responded were then sent a survey asking about their AOD history. It included questions about various substances they’d used and whether they considered them to be a problem, how long their problem had been resolved, whether they had been diagnosed with any of a long list of substance use and other psychiatric disorders, and their use of treatment and recovery support services.

Those who reported never having used any of these services were categorized as having used an “unassisted” way to resolve their problem. Previous research has suggested that anywhere from 20 to 80 percent of individuals who recovered from addiction did so completely on their own. (Experts in the field refer to such unassisted recovery using the somewhat metaphysical sounding terms “natural recovery” or “spontaneous remission.”) That’s a wide range, depending on which studies you consult, how long people have been in recovery, and what type of addiction we’re talking about. And the majority of studies have focused on alcohol use, not including other drugs.

Key Findings and Their Implications

Following are some of the key findings of this study, published in the journal Drug and Alcohol Dependence:

Getting the Word Out About Alternative Paths to Recovery 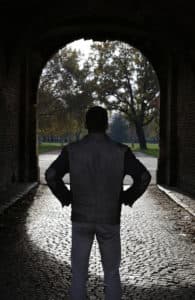 In short, we now have findings from an important study that underscore what many of us have been saying for eons: there are many paths to recovery. (Even AA’s co-founder Bill Wilson said that.)

What’s more, it’s encouraging that the numbers of people who have resolved AOD are many million, and vast numbers of them have been in remission for a long time.

Still, however, we need to continue to get the word out about alternative routes to AOD problem resolution, as well as medications that can help people with substance use disorders. In turn, this should help increase to greater than 9percent the number of individuals with AOD who can say that they’ve resolved their problems.

*Famous Do-It-Aloners adapted from “When Quitting Drinking is On Your Resolution List” by Anne M. Fletcher, psychologytoday.com, December 20, 2013