Is the Road to Legalization Paved with Risk for the Heavy User?

The claims are made, both stridently and with certainty.

Fueled by the battle for hegemony about whether marijuana should be legal, pronouncements such as the above proliferate on the Web. Public health warnings are dismissed as vestiges of a long-discredited propaganda campaign.

“It’s safer than alcohol” is a commonly voiced rationale for reforming the laws. The argument is made that if alcohol’s dangers are greater yet alcohol production and sale to adults are legal, marijuana prohibition cannot be justified. To be sure, when speaking comparatively, current knowledge about marijuana’s overall effects on health and behavior indicates that “safer than” is accurate.

But, how are these words interpreted? More important, how are they understood by the most frequent users? The often drawn conclusion is that any risks that do exist, no matter the frequency of use, are inconsequential, that marijuana use is no big deal.

Those who use marijuana with the greatest frequency are not done any favors by such bogus claims. They deserve accurate information, free of hyperbole, and balanced to include both negative and positive consequences of frequent use in support of their making informed decisions. 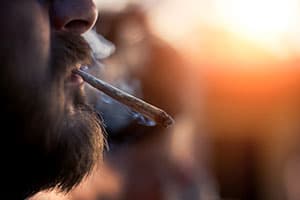 Ostensibly, ending prohibition will bring with it only good news for cannabis aficionados, not the least of which is no longer being subject to either criminal penalties or opprobrium for engaging in unlawful behavior. But, with a rapidly building momentum for legalizing marijuana, are the drug’s most frequent adult consumers paradoxically being thrown under the bus?

This is not a diatribe against legalization.

I was one of ten co-sponsors of Initiative 502, the state of Washington’s legalization initiative approved by the voters in November of 2012. Replacing prohibition with a legal regulated marijuana market makes sense to me, but not based on the mistaken notion that users are free from any risk. Rather, the question of paramount importance is whether legalization can protect health and safety as well as or better than prohibition, while avoiding egregious assaults on social justice. I believe I-502 will meet that criterion.

…the question of paramount importance is whether legalization can protect health and safety as well as or better than prohibition, while avoiding egregious assaults on social justice.-Roger Roffman

A caveat is important. Although those with cardiovascular disease, vulnerability to schizophrenia, as well as pregnant women, will be rolling the dice if they get high, adults who consume moderately don’t appear to be risking harm to their health. Although the science underlying marijuana’s risks is sometimes less than clear cut, there’s a greater degree of certainty about specific adverse health outcomes, particularly for the heaviest users. 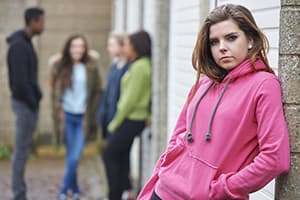 I’m referring to the eight million folks who consume on 20+ days each month, in other words, five or more days getting high each week. Just under half a million teens between 12 and 17 use marijuana that often. For the 18 to 25 age group, 2.8 million are the heaviest of users. Of those 26 or older, 4.8 million consume at that rate.

For adolescents, heavy use appears to alter brain development. Heavy users during adolescence are less likely to complete school. Adolescents who use heavily face the risk in adulthood of lower IQ scores. These individuals are at higher risk (17 percent) of becoming dependent on marijuana than are marijuana users overall (9 percent).

Marijuana is an addictive drug, with physical and psychological dependence. Tolerance to marijuana does develop and withdrawal, while not life threatening, can be considerably uncomfortable, making quitting or cutting back difficult.

While conducting a series of NIDA-funded studies for adults who sought help for marijuana dependence, my colleagues and I found that our typical subject, an adult who voluntarily sought support, first smoked pot when 15 years of age, first used daily at age 19½, typically was high for six hours each day, had been using daily or near daily for 10 years, and had seriously tried to quit six times.

In the next few election cycles, it’s likely that more states will adopt legalization. Along the way, many marijuana consumers will benefit.

Ending the war against marijuana ought to be accomplished without leaving the heavy user behind.
Related Reading: Legal Marijuana: When the Issue is Personal
Photo Source: Pixabay