Is Prohibition Killing Our Kids?: My Chat With Jerry Otero, Host of the Morning Show With Mista Oh and Founder of Cre8tive YouTH*ink

April: Can you tell us a little bit about yourself – who are you and what you do?

Jerry: My government name is Jerry Otero (aka Mista Oh). I’m the founder and chief troublemaker in charge at Cre8tive YouTH*ink, a NYC-based anti-racist creative arts youth development collective dedicated the healthy development of the next generation of youth leaders.

Trained as a psychologist, my life’s work covers the full spectrum of human relationships with drugs. I am proud of my service at the Drug Policy Alliance, the Partnership for Drugfree Kids and as a drug educator in NYC public high schools. I am also the producer and host of the Morning Show with Mista Oh on WBAI NY 99.5 FM.

April: Why do you say that prohibition, meaning the fact that drug use is a crime, kills kids? 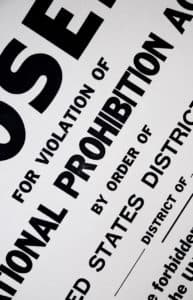 Jerry: Well, that may sound a bit dramatic, but the US war on drugs has all of our children – and youth of color in particular – squarely in its crosshairs. Selective law enforcement, police brutality and extra-judicial murder are much bigger threats to their well-being than marijuana. Prohibition is enforced to protect our kids but actually puts them at heightened risk in two major ways. First, by denying them honest drug education that would improve health and in some cases, save lives. And second, by making them the targets of police action, with all the negative life consequences that brings.

Yet, in places like Staten Island NY, alarmist headlines continue to dominate the “get tough” narrative keeping everything locked in place. Neither parents nor educators nor the kids themselves are any better prepared. The question “what about the kids?” is more relevant now than ever before. Every accidental opioid-related overdose death can be avoided. Every single one. In places like Staten Island, students are not taught about Naloxone in schools.

April: You talk a lot in your work about intersectionalist thinking. What is that and how does it relate to the drug war?

Jerry: Thank you for this great question. I’m glad to get to talk about it. This is a term that gets tossed around a lot these days – part of a bigger conversation. I’ve had great teachers.

“Intersectionality” is a term coined by Kimberlé Crenshaw to help explain the oppression of African-American women. It’s a lens through which you can see where power comes and collides, where it interlocks and intersects at the forefront of national conversations about racial justice, identity politics. This is how we begin to dismantle systems. It’s not simply that women are oppressed for being women. Intersectionality begins to deal with the fact that many of our social justice problems like racism and sexism are often overlapping, creating multiple levels of social injustice.

Its relevance in drug policy is that prohibition has created a space to support the continued discrimination of people of color, poor people, immigrants, women, the addicted, the mentally ill and gender non-conforming. The challenge for us is develop new tools to recognize the potential harms that exist with the intersections of our various identities and that remain hidden by conventional thinking. Shame, decades, centuries of obfuscations, mistruths and falsehoods have created a culture of punishment rather than love.

April: How do we fix it?

Jerry: Fix? That’s a big word. I think that we need to start with thoughtful conversations. Our system of prohibition can never be compatible with a system of compassion, human rights and dignity. Imagine if it were you own child who had a problem with drugs. What would be more helpful – doctor’s appointment or a police record? 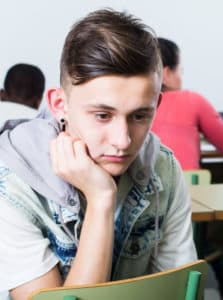 What’s a parent to do? The litanies of alarmist warnings about drugs make it hard for concerned people to know what to believe. Campaigns like “Just Say No” and “This is Your Brain on Drugs” have long simply exploited rational parental concerns to justify an irrational set of policies – to which, we were always told, there was no alternative but hopeless addiction.

But drug-related stigma and attempts to shame kids out of experimentation can be obstacles to a young person reaching out for help. Such approaches teach kids to lie to their parents and hide their activities from their teachers.

As a dad, I know that no parent wants their teenager to use drugs – and we greatly fear the idea of their lives being ruined by problematic use. I do always urge young people, first and foremost, to steer clear of tobacco, alcohol and other substances. But that cannot be where the conversation ends.

Parents need to know that we cannot inoculate our children against drug use. Many people may find that a frightening statement. But what do we really care about here? If our child is as safe as possible, meeting their responsibilities and taking opportunities to learn and grow, should we really fixate on experimental drug use to the exclusion of all else?

A “just say know” approach – one that emphasizes truth and safety and helps youths to navigate the drug landscape on their own terms – may yield a positive impact among many for whom a “just say no” campaign has failed.

Parents know their kids best. They are in the best position to help their kids, if they’re given the tools to do so. The CRAFT program offers an excellent set of tools for parents. Unfortunately, parents in crisis are often met by professionals who privilege unscientific, outdated and false ideas over a mother’s love.

April: What concrete advice would you give parents, educators and policy makers on helping kids who get into drugs?

Jerry: For parents: Don’t lecture or preach. Don’t act like drug and alcohol use is a social disgrace. Don’t ask them to make promises they can’t keep – “abstinence contracts” rarely work. Don’t act like a martyr or tell them how they’ve ruined your family. That will only make them feel worse and drive more use. Focus on encouraging the behaviors you want to see, not on discouraging the behaviors you don’t. If your kid plays basketball, talk about that and go to the games. Don’t tell him that you won’t let him play on the team if he keeps using. Always think love, not punishments.

For educators, scare tactics don’t work. Telling kids that terrible things will happen to them if they smoke a joint just undermines your credibility because they know from their friends or their own experience that it won’t. Creating programs that encourage better ways to use their energy, that focus on developing their talents so that drug use is unnecessary is the way to go.

For policy makers, end the drug war. It’s that simple. We know the system is broken. Why has it persisted for so long if it’s obviously broken? Because of racism, classism and all the points where these and other forms of oppression intersect. Stop locking kids up for using drugs. Stop depriving them of the opportunity to grow up with their families and communities because they did something that’s only human. Put the funds that go into punishment into education. Did you know that NYC Department of Corrections spends 13 times as much to detain someone on Riker’s Island as the Department of Education does for one year of high school? Education, not criminalization is the answer.

Jerry: Love, don’t punish. Stop locking kids up for behavior that’s only human. Stop shaming parents. Recognize that racism and oppression are the problem, not drugs themselves. End the drug war. BOOM!