Is Framing Addiction as a Disease Misguided?

The perspective that addiction is a disease dates back to the mid-eighteenth century—1849 to be exact—when the Swedish physician Magnus Huss published an essay entitled “Alcoholismus Chronicus.” Huss described the phenomenon of incessant alcohol abuse as disease-like in nature given its risk of fatality and its causative role in system physical damage and degradation. By 1956 the American Medical Association was in agreement, designating alcoholism as a disease in that year, while subsequent decades of neuroscientific and behavioral research finding brain differences between individuals who struggled with addiction and individuals who did not contributed to American Society for Addiction’s designation of addiction (to any substance) as a disease in 2011. 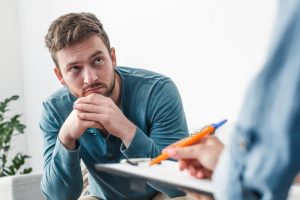 The disease model of addiction has been viewed not only as a way of understanding the progressive—and, in some cases, terminal—nature of substance misuse. Many argue that conceiving of addiction as a disease legitimizes its severity, reduces its stigma (e.g., by refuting the stigma-promoting belief that addiction is a choice), and encourages individuals to seek treatment—the thinking being that if you believe you have a disease you are more like to seek professional help than if you believe your behavior is the result of moral failure or lack of self-control.

This sounds great in theory. But as a recent study conducted by Dr. Jeni Burnette, Ph.D., and colleagues at North Carolina State University suggests, not only are these claims unsubstantiated; considering addiction as a disease may backfire by driving individuals who struggle with addiction away from seeking help—primarily, by throwing a damper on their belief in their own ability to change.

Via an online database, Burnette and her team recruited 214 individuals (146 women, 68 men) struggling with substance misuse whose ages averaged around 34. Study participants were randomly assigned to one of two experimental groups: “disease-fixed message” or “compensatory-growth message.” In the “disease-fixed message group” participants read a seemingly legitimate article (created by the researchers) detailing the chronicity and immutability of addiction that underscored addiction’s neural basis (a key argument in the disease model). Participants assigned to the “compensatory-growth message” read a separate seemingly legitimate article (again, created by the researchers) that outlined the many pathways (apart from genetic predisposition or neural aberration) by which a person could develop addiction, with emphasis on the potential for individuals struggling with addiction to change—or “compensate” for any hereditary or environmentally programmed predispositions towards addiction.

Following exposure to either article, all participants were asked to answer a series of questions designed to assess their conceptualization of addiction (e.g., as fixed or mutable), their belief in the potential for an individual to change his or her addictive behavior patterns, as well as their own intentions to seek treatment for substance use disorders (like cognitive behavioral therapy or counseling).

Burnette’s team found that participants exposed to the “compensatory-growth message” condition were more likely than participants exposed to the “disease-fixed message” condition to endorse a belief in the ability of individuals struggling with addiction to change. The former group was also more likely to report an intention to seek behavioral or psychotherapeutic treatment for their own substance use disorders than the latter, while the latter was more inclined to state that they would take medication to address their issue.

Burnette’s study illustrates a few crucial lessons that anyone in the addiction field needs to understand: Autonomy, agency, and a belief in one’s potential to change coupled with an endorsement of the belief that change is possible are key elements in a successful recovery. Burnette’s work also underscores the dangers of promoting a fixed, disease model of addiction, as this conceptualization may encourage people to see their addictive behavior as unchangeable—and, therefore, futile, to seek treatment for.

So what’s the alternative? As Burnette’s work suggests, educating individuals who struggle with an addiction about the potential for addictive behaviors to be changed—irrespective of their predisposition to or history of addiction—is more likely to motivate those individuals to seek the treatment they need to overcome what can be a fatal, if not debilitating, condition when left untreated. 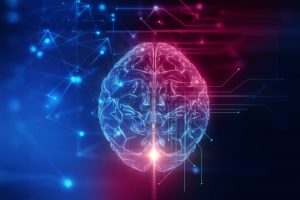 Importantly, however, the compensatory-growth mindset doesn’t negate the very real challenge that overcoming an addiction entails. Nor does it discount the effects of genetics or social and environmental influences upon the course and severity of addiction (think: peer pressure, exposure to physical or sexual abuse, availability of drugs and socioeconomic disparities). Plus, there’s nothing Pollyannaish about the compensatory-growth mindset. Over 20 million Americans are estimated to be in recovery from addiction, indicating that behavioral change is indeed possible.

Over half of all Americans who recover from a substance use disorder do so with the assistance of support groups, self-help programs (e.g., NA or AA) psychotherapy, or medication. Everyone’s pathway to recovery from addiction may be unique. But, as Burnette at all conclude in their study, “believing that addiction can in fact be managed is a critical first step.”