How and Why Alcohol Contributes to Headaches

Up to 35 percent of people who experience regular headaches cite alcohol as a prime contributor in their onset. But you needn’t carry a diagnosis of headache disorder to suffer the cranial consequences of drinking. Alcohol’s ability to make our heads throb have been felt by most people who’ve had one too many. Below, a look at how alcohol triggers headaches—and what we can do about it.

Some research suggests that drinking-induced headaches ensue when alcohol triggers inflammation within the trigeminovascular system and meningeal vessels—both of which regulate blood flow to the brain and modulate pain signal transmission therein. Alcohol has also been shown to render neurons involved in pain signalling more likely to fire and to trigger the release of a peptide involved in pain sensation called CGRP (calcitonin gene-related peptide). 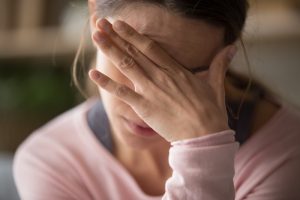 “By binding to specific pain receptors (called nocireceptors) alcohol and CGRP trigger a cascade of electrical activity within the brain’s cortex known as ‘cortical spreading depression’ and ‘depolarization of glial cells,’ which contributes to the sensation of a headache,” explains integrative internal medicine specialist and founder of AstraMDhelth, Dr. Natasha Fuksina, MD.

Alcohol’s ability to elevate blood pressure may be a factor, too, others argue—though low blood pressure can also cause headaches. Another contributor? Alcohol’s influence on serotonin levels. Serotonin is a hormone and neurotransmitter commonly thought to influence mood, but it serves a range of functions throughout the brain and body, like the regulation of pain—headaches included. Short-lived and chronic alcohol consumption influences the concentration of serotonin in a person’s body and brain, which may enhance pain signalling.

A phenomenon called glutamate rebound is an additional contributor: Glutamate is one of our body’s main excitatory chemicals, meaning it makes neurons more likely to fire (and thus increases activity at different locales inside the brain). Alcohol initially dampens glutamate activity, which reduces neural activity. But as it’s processed by our bodies and its inhibitory effects subside, we experience a glutamate rebound—an upsurge in glutamate activity resulting in increased neuronal activity. This increased activity can trigger headaches by activating pain receptors along various cranial nerves—especially for folks predisposed to migraines, who have been found to have naturally higher glutamate concentrations in their cortexes than folks who don’t tend to get frequent headaches.

Byproducts of alcohol metabolism can also contribute to headaches. Among them, acetaldehyde, which has been found to make various neurons involved in pain perception more sensitive, and acetate, another byproduct of alcohol metabolism that has been shown to cause headaches in rodents. Drinking can also contribute to dehydration, which is itself a risk factor for headaches. “Dehydration leaves the human body with decreased water volume and urinary output, which decreases the body’s efficiency of excreting waste substances, like drugs, toxins and urea. These circulating waste products can contribute to headaches,” Fuksina says.

Lastly, headaches can be one of several withdrawal symptoms, which also include (but aren’t limited to) irritability, anxiety, sweating and vomiting, and typically set in 8-12 hours after a chronic alcohol consumer stops drinking. One explanation for these symptoms, explains Fuksina, is that a body and brain accustomed to drinking daily has adapted to the widening of blood vessels (vasodilation) alcohol is known to cause. The removal of alcohol causes blood vessels to change their configuration abruptly, which can trigger pain signalling pathways throughout the brain, resulting in the sensation of a headache. “Sudden alcohol cessation also triggers an acute neurotransmitter imbalance with rapid decline in inhibitory activity and increased excitatory activity, resulting in overall hyperactivity within the central nervous system,” and thus more activity within pain signalling pathways, Fuksina adds.

Many people find red wine to be a greater culprit in the onset of headaches than other types of alcohol, like beer, sparkling wine, spirits, or white wine. Some studies suggest that the tannins, histamines, and phenols red wine contains account for much of this beverage’s ability to cause headaches above and beyond others. Tannins (naturally occurring plant compounds found in fruit skins that harbor antioxidant properties) are comprised of various flavonoids, some of which inhibit enzymes that would normally regulate excitatory brain activity and prevent the migration of headache-causing phenols through the blood-brain barrier, explains Fuksina. By consuming high-tannin beverages such as red wine, headache-causing excitatory neural activity and pain signalling within the cortex is more likely to increase. (Histamines, which are known to increase headache-triggering inflammation, also don’t help much—neither do alcohol and its metabolites.)

How to manage headaches caused by alcohol

Step one in mitigating headaches caused by alcohol is to reduce your alcohol consumption. If you regularly get headaches after drinking, this could be a sign that you’re drinking too much, not consuming adequate water or food, or that you’re simply more sensitive to alcohol’s negative effects. It’s important to talk to your doctor about recurring headaches, whatever the cause, and also important to seek support in reducing your alcohol intake if you’re finding it hard to cut back.

That being said, if you’re intent on continuing to drink, here’s how to help ease alcohol-induced headaches:

It is critical that you discuss your drinking habits with any prescriber, however, as some of these medications can interact negatively with alcohol, potentially putting you at risk of seizure, organ damage, heart dysfunction, or stroke.