It’s Not Just Your Liver: Health Problems You May Have If You Drink Too Much

So you’re not an “alcoholic”

So you haven’t been labeled an “alcoholic,” but you drink a lot.  You haven’t gotten a DUI, gone to jail after a drunken bar fight, or even missed a day of work (though you’ve gone to work hungover more than a few times.)  You have a few beers after work with the guys and maybe a few more at home, then on weekends you go fishing and bring along a cooler that isn’t packed with bottled water.  Or maybe you enjoy fine wines, and begin sipping when you start cooking dinner and keep sipping until bedtime, every single night.

No matter how you drink your alcohol, if you consume too much of it, your body will feel the consequences.  Your body doesn’t know that you’re not an “alcoholic,” because “alcoholism” is not a medical condition: it’s a social construction, which means that it’s an idea our society has created based on stereotypes and feelings, not a biological fact.  “Alcoholism” hasn’t been in the Diagnostic and Statistical Manual (DSM), the book that psychologists, psychiatrists and other medical professionals use to diagnose patients, since 1980. 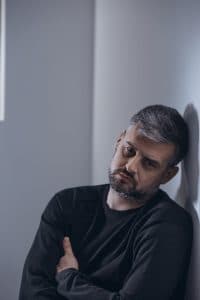 Even Alcohol Use Disorder, which is now used to diagnose people whose drinking causes harm to themselves and others, is defined mostly by social problems, such as “Found that drinking — or being sick from drinking — often interfered with taking care of your home or family? Or caused job troubles? Or school problems?” and  “Continued to drink even though it was causing trouble with your family or friends?”1

Health Problems Your Doctor May Miss

Even if you’ve never faced social consequences for your drinking, if you drink too much, you are at risk of physical health problems.  You are also at risk that your physician will miss these problems because he or she is not aware of how much you drink, or is caught in the mindset that if someone is not labeled “alcoholic,” they don’t have a problem.

The limits of safe drinking vary from country to country, which shows how much people’s culture shapes their idea of “how much is too much?”  In the US, the Centers for Disease Control recommend only one drink a day for women and no more than two drinks a day for men.2  In Canada, the limits are higher.3  Either way, you probably know if you are drinking more than is healthy.

Here are some of the health conditions that can be caused by over consumption of alcohol – whether you’ve been told you’re an “alcoholic” or not:

Andrew was in his early sixties when he suddenly developed unbearable pain in his abdomen.  He was also throwing up, which he never did, no matter what he ate.  He thought it might be appendicitis, since his son had experienced similar symptoms when he had to have his appendix out many years before.   Even though it was a Saturday night, his wife rushed him to the emergency room.

After Andrew went through a long, painful wait in the ER, blood work and imaging scans, the doctor came back with some surprising news: it wasn’t Andrew’s appendix.  Doctors suspected pancreatitis, or inflammation of the pancreas, a large gland behind the stomach that makes insulin and digestive juices.4  They put Andrew on a constant drip of pain killers and IV fluids.  They admitted him to the hospital for the night.

Then they started to ask about his alcohol consumption.  Andrew was surprised: he wasn’t an “alcoholic,” and had never worried about the wine he enjoyed.  His son, Mike, was the family alcoholic. Mike had lost jobs and a marriage due to alcohol, and drank for weeks on end without being able to stop.  Andrew had paid for rehab for him, and was happy that his son had now been sober for years.  But Andrew had never considered his own drinking a problem… even though, when he thought about it, he hadn’t gone a night without a drink in as long as he could remember.

Pancreatitis is most commonly caused by gallstones or by long term excessive alcohol consumption.  It can be acute, as in Andrew’s case, or chronic, in which case it sometimes causes no symptoms at all, or abdominal pain that comes and goes.  If untreated, pancreatitis can lead to a blockage in the bile duct, dehydration, and malabsorption of nutrients leading to malnutrition, and even kidney failure and death.4

Andrew’s doctor told him to stop drinking except for small amounts on special occasions.  Eager to avoid the pain and another trip to the ER, Andrew complied, but still raised a glass of champagne on his birthday.

For fifteen years or so before the pancreatitis episode, Andrew had experienced episodes of gout, an extremely painful disorder that can make you feel like your big toe is on fire.5  It happens when high levels of uric acid in the body cause urate crystals to accumulate on the joints, especially the joints of the foot.5  It can be debilitating, and force some people to stay off their feet or walk with a cane.  One of the most common causes of gout is – you guessed it! – alcohol consumption!  Especially when coupled with obesity, 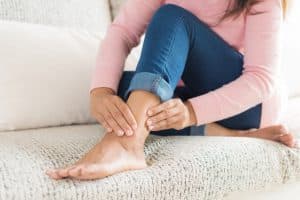 drinking too much may well cause gout.

Andrew’s doctors had given him medicine for the severe gout he had off and on for years, and they had talked to him about losing weight and avoiding too much red meat or seafood.  But they hadn’t talked with him much about alcohol – after all, Andrew wasn’t an “alcoholic,” so they didn’t ask a lot of questions about how much he drank.  He had lost some weight and that helped, but the gout still flared up.

Andrew’s son Mike wasn’t surprised.  He had known for years that his father’s alcohol consumption was a major contributor to gout, but he hadn’t said anything.  After all, Mike was the “alcoholic,” not his dad.  Mike was grateful to his parents for paying for rehab and their support for his recovery – he didn’t want to rock the boat.

A few weeks later, Andrew mentioned another strange thing.  The tingling he had felt in his fingers, toes and feet, especially upon waking up in the morning, had gone away.  He had felt this tingling that was sometimes quite painful, for years, but he had never asked his doctor about it.  Sure enough, it had gone away at about the same time the gout did: when he stopped drinking after pancreatitis.

“Yeah, that’s peripheral neuropathy,” Mike said.6  He had experienced it himself before he stopped drinking, and knew that almost everyone he met who was in recovery from alcohol had felt it prior to quitting or severely cutting back on alcohol.

Peripheral neuropathy is caused by damage to the nerves and can be a result of diabetes, carpal tunnel syndrome, and other causes, but excessive consumption of alcohol over a long period of time is likely to result in this painful condition.6  It creates a “pins and needles” feeling in the fingers, toes and feet.  The toxic effects of alcohol can cause peripheral neuropathy, as can the chronic deficiency in vitamin B1 (thiamine) that many people who drink too much suffer.   Upon quitting drinking and supplementing with B vitamins, many people can get rid of the painful symptoms and stop further nerve damage. 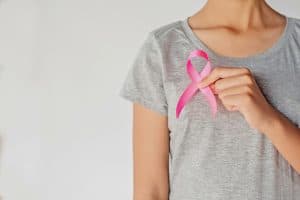 Mike was glad that his wife, Lisa, had stopped drinking when he did.  Still, she had been a heavy drinker in her teens, twenties and thirties, and he knew that translated into higher risk for breast cancer.7  Lisa got her first mammogram at forty, and fortunately everything was clear.  Her long term risk was greatly lowered by her decision to quit drinking in her late thirties.  Lisa and Mike’s decision to quit drinking helped them make other changes in their lifestyle that reduced risks of all cancers as well as cardiovascular disease.  Instead of downing six pack after six pack of beer on their days off, they took up hiking in the Appalachian mountains where they lived.  They lost weight, got in great shape, and found a way to spend time together that improved their health… and their relationship.

Excessive alcohol consumption is implicated in dental problems, high blood pressure, and many different cancers including oral cancer.8,9  Some people think it’s unsafe to drink at all – whether you’ve been labeled an “alcoholic” or not.

However, as part of an overall healthy lifestyle, drinking in moderation is safe, even for many who are formerly alcohol dependent.  According to the National Institutes on Alcohol and Alcoholism, most people recover from alcohol dependence and “more than half of those who have fully recovered drink at low-risk levels without symptoms of alcohol dependence.”10

We all know that excessive drinking is bad for you, just like overeating to the point where you become obese has negative health consequences.  Unfortunately, the common idea that some people are “alcoholics” and everyone else is not has led not just to stigmatization of people labeled “alcoholic,” it’s caused doctors and patients to ignore symptoms of alcohol-related disease in people not wearing the letter “A.”

The takeaway is simple: If you drink, don’t drink too much.  Be aware of your risks.  Be honest with your healthcare providers about how much you drink.  Get the recommended screening tests.

Your body doesn’t know if you introduce yourself as, “Hi, I’m ____ and I’m an alcoholic.”  All it knows is that large amounts of alcohol are toxic, whether you think you’re an “alcoholic” or not.

3   Canadian Institute for Substance Use Research and BC Centre for Excellence for Women’s Health.  Drinking Guidelines: Supporting Health and Life.  http://www.heretohelp.bc.ca/factsheet/drinking-guidelines-supporting-health-and-life

4 NIH: National Institute of Diabetes and Digestive and Kidney Diseases.  Definition and Facts for Pancreatitis.  https://www.niddk.nih.gov/health-information/digestive-diseases/pancreatitis/definition-facts

10  NIAA Spectrum.  Alcoholism Isn’t What It Used to Be.  https://www.spectrum.niaaa.nih.gov/archives/v1i1Sept2009/features/Alcoholism.html