It was ten or fifteen minutes into class when Sara realized her hands were shaking. She gripped her diet soda bottle harder. At the break, she reached into her purse and got out the bottle. There weren’t a lot of pills left, but just enough. She took 21 milligrams of Xanax.

Sara had a long-term anxiety disorder. She had been through many psychiatrists and many medications, but nothing seemed to work. She had a long list of adverse reactions to drugs. Only Xanax could break the panic attacks. But she was in med school now and the cognitive impairment was too much; Sara was trying to kick Xanax.

How To Come Off Benzos If You’ve Been On It For a Long Time? 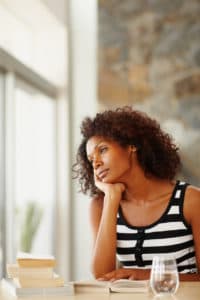 Addiction expert Kenneth Anderson says, “The two types of withdrawal most likely to put people at risk of death are benzodiazepine withdrawal and alcohol withdrawal. This is because both affect the GABA system. Both of these require a taper to stop safely. And although an alcohol taper can usually be done in a matter of days, a benzo taper requires as many weeks. This is because alcohol occurs everywhere in nature and we

Stephen had struggled with benzos since a doctor put him on Klonopin years ago. He finally came off using the Ashton Method. He says the following about his benzo withdrawal experience:

“I think the best advice I have is to follow a really gradual and steady taper like the Ashton Method, which allows the body and brain to adjust. While tapering off of benzos is extremely unpleasant, I found the Ashton Method to be tolerable compared to the more jagged and rapid tapers I attempted in the past.

During the taper, I had more or less constant waves of symptoms: insomnia, anxiety, panic attacks, and tinnitus. However, the severity of the symptoms never once rose to a level that would cause me to pause or further slow my taper.

Moreover, once I finally “jumped” off my last tiny dose of diazepam, I only had a few months of bad symptoms and they were not dramatically different than what I had experienced in the previous year. Gradual is the way to go.

I highly recommend journaling to keep track of what you’re experiencing because it seems to shift from day to day. It’s easy to lose track and perspective of what’s going on during the taper. I often found myself experiencing a new wave of symptoms and would page back through my journal and realize I had experienced something similar a few months back. I still have withdrawal symptoms nearly five months out, but they’re less frequent and not as severe as they once were.

From most of my reading, it takes time for the brain to heal from long-term benzo use, but it does heal. I think the best thing I can say is things do get better. My sleeping is better than it’s been in years and I have less panic attacks than I did when I was taking klonopin every day.

It’s important to keep in mind that benzo withdrawal creates such a storm of unpleasant sensations in the body and mind that, coupled with the anxiety that accompanies them, it seems like they’re a new normal and that you’re just damaged, but they do lessen over time and eventually go away. Things get better.”

Getting Your Brain To Recover Back

Benzo withdrawal can be painful, but the benefits of getting your brain back – no longer having impaired cognitive function – are worth it.

The whole key to benzo withdrawal is a gradual taper. Sara wanted to be off them now, but that would just send her back into the cycle of anxiety and popping pills.-April Smith

Sara was trying to go down too fast. She was shaking because she was trying to go cold, then she had to take a milligram or so just to bring down the shaking. It was a cycle…and it was interfering with her medical school work. She knew somehow it had to stop.

Sara finally broke down and went to see a psychiatrist at her school. She was terrified to talk about the Xanax addiction, but she did. Deanna, the psychiatrist, introduced herself by her first name and Sara instantly felt safe. “We can do this,” Deanna told her.

The whole key to benzo withdrawal is a gradual taper. Sara wanted to be off them now, but that would just send her back into the cycle of anxiety and popping pills. Deanna worked with her to figure out a schedule of how she would taper. Like Stephen, she felt symptoms. But she knew they were just the drugs leaving her body. Gradually, it got better.

Sara was sitting in a seminar a few months after she completed her taper and was drug free. They were talking about a drug trial that decided to exclude patients on benzos because of the cognitive impairment. The doctors talked about the difficulty of getting patients to go off these drugs. Her short, white med student coat seemed to hang heavy on her. She was one of those patients.

It was hard – the night sweats, the nights she couldn’t sleep, the anxiety. But in the end, it was absolutely worth it.

Take Our “Am I a Benzo Addict?” Self-Assessment

Take our free, 5-minute “Am I A Benzo Addict?” self-assessment below if you think you or someone you love might be struggling with drug addiction. The evaluation consists of 11 yes or no questions that are intended to be used as an informational tool to assess the severity and probability of a substance use disorder. The test is free, confidential, and no personal information is needed to receive the result.