I expected to be happy about the recent drastic drop in opioid pill prescriptions. But there are too many caveats that make this much less a triumph in the fight against the opioid epidemic than might appear to be the case.

The seemingly good news is that the number of opioid scrips fell 17% in the last year and are down a whopping 43% since the crazy peak reached in 2011 (that’s when careless docs were prescribing dangerous opioid pills as if they were harmless candy). 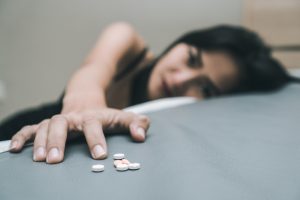 But we mustn’t forget that the overall use of prescription of opioids in the US remains ridiculously high. Docs wrote enough scrips last year to give every adult American 34 pills, down from an amazing 72 in 2011, but still way higher than in any other country and well beyond what makes sense.

The enormous glut of  prescription opioids can’t possibly be cured this quickly without creating its own set of new and very serious problems. And the clumsy way we have achieved the dramatic drop has been disastrous to those who were iatrogenically addicted to high doses of scrip opioids. They have become the double losers in the scrip opioid crisis — first addicted unnecessarily, then far too rapidly withdrawn.

Surely, part of the reduced prescription did occur for a good reason — the rapidly increasing medical and public awareness of the terrible toll taken by the opioid epidemic. Media publicity drew attention to the thousands of lawsuits against the opioid makers and their distributors; the tens of thousands of overdose deaths each year: and the millions of people already addicted. This bottom up pressure finally ended what had for far too long been a shameful lack of government action and an unforgivable medical and regulatory complacency.

But a variety of new state & federal prescription guidelines, limiting opioid doses at the high end, are also responsible for the large drop in the number of pills prescribed. This has been partly for the  good, but also partly very bad. The limits do reduce the careless prescription of opioids for new patients; do reduce the diversion of scrip drugs onto the illegal secondary market; and do restrict the exuberance of high flying opioid docs.

But strict regulations and guidelines also have the noxious effect of leaving high and dry those victims of the epidemic who are already addicted to high doses. When suddenly forced by their complying doctors to accept much lower doses, they often must make up the difference by buying on the illegal market — with all the great risks this now entails. Bureaucratic regulations, applied inflexibly and insensitively, can thus, in the short term, do more harm than good.

It is of course crucial that we reduce prescription opioid use and availability, but this must be done in a gradual way that focuses on new users and doesn’t put at even greater risk those who have already been addicted through the combination of greedy pharma and careless docs. A more individualized approach is necessary. And how stupid and cruel to reduce doses for the terminally ill.

Richard Sackler started a deadly chain reaction when, in the late 1990’s, he first began promoting OxyContin as a non-addicting, prescription opioid. He is indirectly, but also clearly, responsible for the street drug epidemic that followed when patients first addicted medically to increasing high doses of OxyContin were later forced to buy street heroin — because it was much cheaper and often more easily available.

And I also blame the Sacklers  for the even more deadly fentanyl epidemic that has engulfed us since 2013. We would not be in the terrible fix we face now if the Sacklers had not gotten the ball rolling twenty years ago.

Fentanyl is replacing heroin at an alarming rate. The price of opium in the top Mexican poppy-growing state, Guerrero, has rapidly dropped from $1,300 a kilo to an amazingly low $200. This is terrible news for the poor Mexican poppy farmers whose livelihoods depend on poppy prices, but it is even worse news for drug buyers on the streets of America, who are now losing their lives in unprecedented numbers to the much cheaper and more potent fentanyl produced in China and so easily smuggled to the US.

During the past twenty years, since the introduction of Oxycontin, the number of drug overdose deaths in the US has tripled up to 70,000 per year — two thirds of which are caused by an opioid.

What started as a prescription pill epidemic morphed first into a heroin epidemic and now into a far more deadly fentanyl epidemic. There were negligible fentanyl deaths before 2013; now they account for about three fifths of all opioid deaths.

Oxycontin created a deadly opioid epidemic. Heroin used to be the world’s most dangerous street drug and for fifty years defeated all the futile efforts of the “war on drugs”. But fentanyl is the real monster — impossible to interdict, capable of real mass murder. 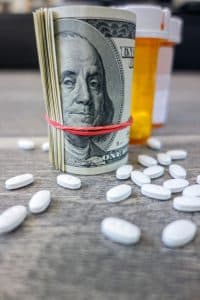 We can take no real joy from the reduction in opioid prescriptions when we know that it is forcing at least some Oxycontin users into the fentanyl market. And that we have no tools at hand to interdict supply and no political will to reduce demand via free treatment.

Drug policies in the US seem perversely designed to inflict a maximum of harm, but they are in fact more randomly destructive — ad hoc, ideological, ignorant, and blind to unintended consequences. The Obama administration was taking cautious steps away from political correctness and toward rationality. Trump’s clumsy and regressive law-and-order enforcement approach is guaranteed to increase the fentanyl carnage.

We will never contain drug use and drug deaths by reducing supply. Our only hope is reducing demand — and that will require a new ideology and a very different set of government policies.