A Free Market Solution to the War on Drugs?

Is a free market solution to the war on drugs the best way to end the conflict? A decisive answer may be difficult, but it is safe to say the United States’s prohibition approach has been a failure. We have been fighting the “war on drugs” for almost 50 years and have lost every single battle. Tens of billions of dollars later (and millions of lives lost), street drugs have never been so cheap, potent, varied, and accessible; the drug cartels so powerful, profitable, and well-armed; drug interdiction so pathetically ineffective; governments so corrupted in drug producing and transporting countries; and drug cartel violence so frequent and unpunished.

The War on Drugs, 50 Years Deep 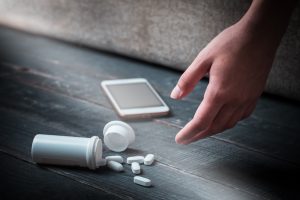 In the most affected countries, the drug cartels are better run, better armed, and more politically and economically powerful than the governments that theoretically are meant to control them.

The drug cartels are flexible; fast moving;  and remarkably responsive to market forces. The governments theoretically fighting them are slow witted and slow moving; bureaucratically inept; and easily corruptible.

If insanity is doing the same failing thing over and over again- while continuing to expect a different result- then US drug policies are certifiably insane and perpetually self-defeating.

The Perfect Storm Warning Ahead

A great American philosopher, Yogi Berra, once malapropped “It’s tough to make predictions, especially about the future”. But the future of the war on drugs does look easily predictable- and it is sure to be much, much worse than its past. Unless we adopt radically different drug policies, an explosion of street drug lethality seems looming and inevitable.

Many factors have greatly increased the lethal dangers now inherent in every single purchase of street drugs:

Any one of these dangerous driving forces would be problematic; all interacting together, they are likely to be catastrophic.

A Free Market Solution to the War on Drugs?

Every street purchase of a drug today can lead to quick death. The buyer never knows what he’s buying and the seller often enough does not know what he’s selling.

This growing crisis offers perhaps the only opportunity to finally win the drug wars against the cartels. It is long past time to admit that drug prohibition and criminalization is, and always has been, a total flop. Instead of continuing the futile and failed effort to destroy the cartels, we must shift gears and learn how to better compete with them. A free market approach may succeed where “war” has failed.

The best way to reduce the power of cartels is to attract away their customers and radically reduce their market share. The key is to legalize drugs; guarantee their quality and safety; and price them attractively. Why would someone buy a potentially lethal, contaminated, unknown poison pill on the street if he can instead buy a tested and much safer legal equivalent in a government licensed and monitored store, and the same price. Other countries have had marked success with this alternative approach.

Pricing the Cartels Out of Business 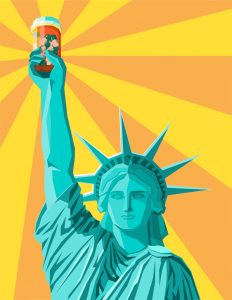 But how exactly would this free market solution to the war on drugs work? The key is pricing.

Results in states that have legalized pot are promising, but there is a big hitch in how it has been done. State governments have found it irresistibly tempting to piggyback hefty taxes on to the legalization of pot. This has been a surprisingly successful vehicle to raise large tax revenues, but often winds up pricing legal products out of the market. Drug dealers can easily and profitably undercut the inflated legal prices to retain customers and market share.

If we are serious about wanting to reduce drug deaths, the price must be right to drive contaminated cartel products off the market. The combination of affordable price and guaranteed quality would give legal drugs an unbeatable edge over illegal.

There would be many happy consequences: reduced overdoses, deaths, hospital costs; undercutting cartel finances, political power, ability to corrupt, troop strength, and firepower; cutting drug crimes and costly prison beds; increasing the stability of narco countries and reducing migration from them; ending the totally wasted funding of the war on drugs.