Fentanyl: Time to Open Our Eyes to Today’s Biggest Driver of the Opioid Crisis (Part II)

As emphasized in Part 1 of this series, it is becoming increasingly clear that, although opioids prescribed for pain are still a main focus of public and political attention and attack – resulting in harm and suffering to many who need them (see below) – fentanyl is now the main driver of opioid overdose deaths in this country.

Fentanyl is Almost All Illicit 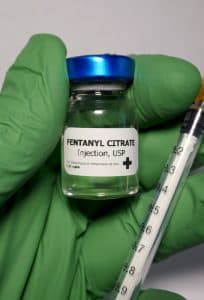 According to the Centers for Centers for Disease Control (CDC), most of the increases in fentanyl deaths over the last three years do not involve medically prescribed fentanyl. The CDC notes that, unfortunately, current information reported about overdose deaths doesn’t distinguish pharmaceutical fentanyl from illegally made fentanyl. However, well-known addiction writer, Maia Szalavitz, author of Unbroken Brain: A Revolutionary New Way of Understanding Addiction, emphasizes that we can be certain that overdose deaths from fentanyl almost always involve the illicit kind. She said, “There are very few licit fentanyl deaths: no medical providers hand it out for sprains or wisdom teeth removal. And pain patients do not inject their drugs along with cocaine and heroin.”

Indeed, overdose deaths typically involve illicitly-made fentanyl that’s been mixed with or sold as heroin and more recently with cocaine – with or without the users’ knowledge – in order to enhance the drug’s effects. Increasingly, fentanyl is sold as counterfeit pills, sometimes looking identical to other less potent medications, as was reportedly the case with Prince. (Later in his life, he was believed to be in severe pain caused by hip damage, but there was no indication that fentanyl was ever prescribed to him.)

In March of this year, the Associated Press revealed that it obtained a confidential toxicology report indicating that the concentration of fentanyl in Prince’s blood was exceedingly high, even for someone who may have a tolerance to opioids. The New York Times reported that the fentanyl in Prince’s liver was 450 micrograms per kilogram, adding that liver concentrations greater than 69 micrograms per kilogram “seem to represent overdose or fatal toxicity cases.”

So Little, So Lethal

Fentanyl lethality can occur because dealers often mix unknown quantities into products, and users have no idea what they’re getting. Not only do individuals respond differently to the drug, but tiny variations in fentanyl levels can make the difference between life and death.

Illicit fentanyl and fentanyl analogs (such as carfentanil, which is approximately 100 times more potent than fentanyl) associated with recent overdoses are sold as a powder, tablets, or on spiked blotter paper. It can be swallowed, snorted, or injected. The blotter paper can be placed in the mouth to be absorbed through mucous membranes. (Fentanyl analogs are not routinely detected in the body because specialized toxicology testing is required.)

A recent article at Vox.com explained that most illicit fentanyl is believed to come from labs in China and shipped to the U.S. through Latin America. One of the main reasons for the drug’s rapid spread is its high profit margin for traffickers. According to the Drug Enforcement Agency (DEA), traffickers can typically purchase a kilogram of fentanyl powder for a few thousand dollars from a supplier, transform it into hundreds of thousands of pills, and sell them for a profit of millions of dollars.

The effects of fentanyl are similar to those of heroin, including euphoria, drowsiness, confusion, and sedation.  When someone repeatedly uses fentanyl, as with any opioid, tolerance and addiction occur. Overdose results are respiratory depression and arrest, unconsciousness, and coma. To reverse fentanyl overdose, it often takes more than one dose of the life-saving medication naloxone because fentanyl is much more powerful than heroin.

It appears that the Health Subcommittee of the U.S. House of Representatives Energy and Commerce Committee – which to my surprise has jurisdiction over all parts of health care except part of Medicare – is paying attention to the fentanyl problem. (I’m pleased that they’ve asked me to talk with them about addiction treatment in this country.)

Continually and naively placing prescription opioids at the top of the list of causes of the opioid crisis has resulted in pain medication restrictions and one-size-fits-all approaches for pain. As such, I feel it’s important to be reminded once again about the impact on people suffering from acute and/or chronic pain. (I talked about this issue previously in my extensive series, “The Opioid Crackdown: Have We Gone Too Far?”) Some medical organizations have virtually stopped prescribing opioids for pain. 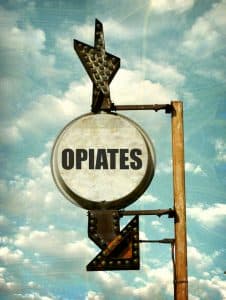 Even physicians struggling with their own pain are paying the price for such policies. I learned this during an appointment with one of my own physicians just before I had major surgery at one of the world’s leading medical facilities. He said to me, “Good luck getting any painkillers there.” He recently had extensive surgery at the same place, had difficulty getting adequate pain relief, and was obviously still struggling with pain now that he is back on the job.

Fortunately, after being told by my surgeon’s “fellow” that I would get no painkillers after having a four-hour operations with multiple incisions, my very reasonable surgeon listened to my reasoning and I was given a limited amount of opioid painkillers – with a small refill no less. Interestingly, just as I was being wheeled in to surgery, I had the customary talk with the anesthesiologist who would be caring for me. He outright said that he thought the limitations on opioids were going too far.

Szalavitz stressed that physicians who feel this way need to realize they aren’t alone – that there are far more who know things have gone too far than are willing to admit it publicly. “The overdose epidemic is now clearly driven by recreational, not medical, use,” she said. “They [physicians] need to stand up for themselves and stop letting ‘guidelines’ [such as the CDC guidelines discussed in my series] be ‘rules.’ They need to realize that if they don’t speak out, they are going to be replaced by robots because if you don’t have to individualize care, why would you need a doctor anyway?” One physician recently said to me, “Where is the American Medical Associationin all of this?” It’s clear than many people feel abandoned.

While I was recovering from surgery, a friend with excruciating cervical back pain (typically affecting the neck and shoulder areas) was far less fortunate. For insurance reasons, he had to establish care with a new primary care clinic, one owned by the same medical facility mentioned above. At his first appointment with his new family practice doctor, she said up front, “I just want you to know that I don’t prescribe opioids.” She never examined him, and he was sent home without anything for relief – knowing that between the terrible pain and a wakeful baby he’d spend the night without sleep.

Over the course of the next week, he and the doctor had several exchanges via the patient on-line portal (my friend shared the notes with me) wherein the physician prescribed or suggested various non-opioid pain relief options, such as taking oral steroids and gabapentin, none of which would provide relief for the acute pain and that my friend had tried to no avail numerous times before. He politely explained how he and his previous physician worked through these flare-ups, which occurred two to three times a year, with a modest and short course of low-dose opioids. The new physician’s final response, without explanation, was,“­ I’ve decided not to give you any opioids.”

Three weeks later, and my friend is still suffering, which he’s let the physician know. She said, “We can discuss it at your upcoming appointment.” That’s in two weeks…

Physicians who have such policies should beware that they can drive even responsible patients in extreme pain to extreme measures to ease their suffering, such as returning to drinking after they’ve been sober or purchasing painkillers illegally – both which crossed my friend’s mind. Instead, he paid out of pocket to return to his previous clinic because he is considering working with his former primary care physician on a regular basis. If he follows this route, it may wind up costing a small fortune because the doc understandably won’t see a patient just to prescribe opioids. And such payments won’t count toward his large deductible because the visits will be outside of his primary care clinic, one of two in his town.

The physician of another acquaintance with an extremely painful chronic disorder just arbitrarily cut her pain medications in half, right when the woman was getting her life together with a new job that she is now unable show up for because of the pain.

Finally, as mentioned in my opioid series and repeatedly noted by addiction expert and primary care physician Stefan Kertesz, M.D. from the University of Alabama, Birmingham and Sally Satel, MD, a psychiatrist and resident scholar at the American Enterprise Institute, concerns are very real about suicide potential in chronic pain patients who were stable and benefiting from opioids but now facing or enduring what Kertesz and Satel refer to as “draconian” and often rapid dose reductions. In a January 2018 article in Health Affairs they refer to a physician who’s keeping a list of pain-related suicides associated with opioid pain medication reductions and discontinuations, expressing worry that such suicides will escalate.