Everything You Need to Know About Over-the-Counter Drug Abuse

When we think of drug abuse and addiction, we often think or illicit or illegal drugs. But in a May, 2018 article in the FDA Voice blog, Food and Drug Administration Commissioner Scott Gottlieb, M.D. warned of a new pattern of abuse and misuse of over-the-counter (OTC) drugs. Over-the-counter drugs are medications that are available without a prescription and are sold at both at drugstores and supermarkets.

What Are Some of the Most Commonly Misused OTC Drugs?

How Dangerous is the Abuse of OTC Medication? 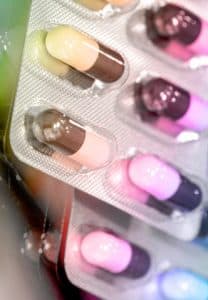 According to the National Institute on Drug Abuse/ National Institutes of Health, many commonly abused OTC drugs, including cough medicine, anti-diarrhea drugs, motion sickness pills and diet pills, can cause potentially severe and even life-threatening symptoms.

Unfortunately, because these drugs are available over-the-counter, there is often a false sense of safety assumed about them.

People abuse OTC drugs both for recreational use and also inadvertently, by not carefully following dosage recommendations. But they do so at greater risk than they often imagine.

The ingredient in cough medicines (ex: Robitussin, Coricidin, Dimetapp, TheraFlu. etc.) that makes these medicines a target for abuse is dextromethorphan, or DXM. DXM is a morphine-like substance that has sedative and anesthetic properties and can, in high doses, cause distorted perceptions and a dissociative state (feeling “disconnected” or detached from one’s self), a state that is similar to that resulting from taking the club drug ketamine.

OTC pain medications, like acetaminophen, are generally used for their pain-relieving and fever-reducing properties. Acetaminophen abuse often results from an attempt to treat chronic pain without the use of opioid medication.

Pseudoephedrine, a nasal decongestant found in many OTC cold medicines, can be used to make methamphetamine, a very addictive stimulant drug. For this reason, products containing pseudoephedrine are now sold “behind the counter.” A prescription is needed to buy them in some states, and limits are placed on how much a person can buy each month. In some states, only people 18 years of age or older can buy pseudoephedrine products.

Dimenhydrinate is the active ingredient in pills like Dramamine and Bonide, which are used to treat motion sickness and vertigo. The drug, in high doses, has psychedelic properties. But it is also one of the most potentially deadly OTC drugs abused.

Loperamide is the active ingredient in the anti-diarrheal medication Imodium. Imodium is often abused by people who are addicted to opioids, in an attempt to reduce withdrawal symptoms. In high doses, loperamide can produce euphoria and may sometimes temporarily reduce cravings for other drugs.

Diet pills often contain the drug ephedrine, a powerful stimulant that can both reduce appetite and increase energy. In high doses it produces a “rush”, and is sometimes used as a cheaper alternative to the club drug ecstasy.

OTC sleep aids, such as Advil PM, Sominex, ZzzQuil, Unisom and others, contain diphenhydramine, an antihistamine that blocks brain receptors that cause wakefulness; so they can cause sleepiness instead. These products are often marketed as “non-habit-forming,” but they can easily become psychologically – if not physically – addictive.

Dangers of OTC sleeping pill abuse: Diphenhydramine can cause constipation, confusion, dizziness and next-day drowsiness, according to the drug’s FDA labeling. Another concern, according to a Consumer Reports review is the drug’s “hangover effect” – impaired balance, coordination, and driving performance the day after taking the drug, which can increase the risk for falls and accidents.

While the use of over-the-counter drugs may seem, at first glance, to be safe and worry-free, users should beware. The warning of the ancient Greeks, to “do nothing in excess” is certainly appropriate here. Over-the-counter medications are still drugs with powerful and potent active ingredients. Abuse or misuse of these products, such as taking them in excess amounts, can be just as harmful and risky as using illicit drugs.