Does High Self-Esteem Really Protect You from Addictive Behavior?

For decades psychologists have regarded low self-esteem as a major contributor to mental and behavioral health issues. Low self-esteem, the long-held line of thought has gone, gives rise to poor relationships, addiction, depression, and anxiety. Build it up and you can protect yourself from these issues.

Sounds logical. Except for the rash of contemporary research contradicting the assumption that raising self-esteem favorably affects wellbeing and challenging the belief that high self-esteem is always a good thing.

A Look at the Research

One recent study by psychologist Melissa Ertl and colleagues at Albany-State University of New York added to this conceptual disruption. Ertl et al. found that, rather than lowering women’s risk of exercise addiction and poor body image, high self-esteem actually raised that risk. 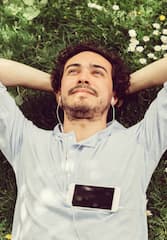 Ertl’s study involved 322 female undergraduates between the ages of 18 and 26 from a “large public university in the Northeastern United States.” Over half of the participants were white, 17.9% were Hispanic, 17.1% were black, 4% were multiracial, and 3.4% were Asian. Participants were recruited via e-mail from a larger health behaviors study. Each was asked to report (via online questionnaires) their demographic characteristics (gender, age, year in school, race) as well their level of involvement in athletics and/or exercise over the past month.

Participants were then given three well-studied assessments to measure their body image, degree of exercise addiction, and self-esteem. These included the 8-item Body Shame sub-scale of the Objectified Body Consciousness Scale, the 6-item Exercise Addiction Inventory-Short Form (EAI), and the 10-item Rosenberg Self-Esteem Scale.

“Self-esteem may not be a protective factor that guards against exercise addiction,” Ertl and her colleagues concluded in their paper. “Someone exercising excessively may have high self-esteem, yet may be suffering in other ways (e.g., poor body image, stress fractures, difficulties and distress in relationships).”

According to other research, like that conducted by Michael Kernis, Ph.D., not all high self-esteem is created equal. There are two distinct categories of it and they have different effects on our psychology. These types include fragile self-esteem and secure self-esteem.

“Fragile high self-esteem involves favorable but shallow feelings of self-worth that often fluctuate a good deal from day to day or within a given day,” Kernis explains in a 2008 paper published in Journal of Personality.

“For individuals with fragile high self-esteem, positive feelings of worth often depend on matching some criterion representing what it means to be worthy, such as excelling in academics or sports or being popular or attractive. Without continual validation through such things as achievements or compliments, individuals’ feelings of self-worth may plummet.”

Contrast this with secure high self-esteem, which, per Kernis’s paper, involves “favorable feelings of self-worth that arise naturally from successfully dealing with life challenges, being authentic and expressing one’s true self in everyday life, and having relationships in which one is valued for whom one is and not for what one achieves.” The feelings of self-worth that someone with secure high self-esteem possess “are well anchored and relatively stable…[and do] not need to be validated on an everyday basis.”

The higher self-esteem reported by individuals who met the criteria for exercise addiction in Ertl’s study may thus have been the fragile type, constantly requiring reinforcement via the obsessive pursuit of fitness (not to mention the validation and approval voiced by others who observe such tireless efforts).

Another potential source of the high self-esteem observed among Ertl’s exercise addicted participants may have been a higher level of narcissism among such individuals. Other studies have found narcissistic traits to be higher in people who meet the criteria for exercise addiction. (Keep in mind that the high self-esteem of the narcissist is thought to be the insecure/fragile iteration.) 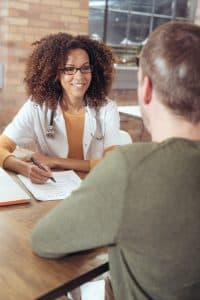 Future studies may wish to look closer at the types of self-esteem (e.g., fragile or secure) that individuals who both meet the criteria for exercise addiction, report high levels of body shame, and report high self-esteem possess. (Kernis developed a measure to suss out such contingent self-esteem, the Contingent Self-Esteem Scale, with his colleague Andrew Paradise. See his 2008 paper published in The Journal of Personality for further details on its application as well as other measures utilized to assess secure self-esteem and its stability.)

Though initiatives to raise self-esteem are often well-meaning, it’s important for educators, clinicians, and parents to be aware that such efforts can have unintended negative consequences. According to researchers like Jean Twenge, Ph.D., cohorts subjected to the self-esteem raising movement (e.g., Millennials) have not shown signs of psychological improvement as a result. Evidence actually indicates that these cohorts have become remarkably more narcissistic and more likely to exhibit symptoms of psychopathology (think: depression, anxiety, hypomania, schizophrenia, paranoia, and psychopathic deviation – which correlates with narcissism, antisocial behavior, and being self-centered). High self-esteem can’t necessarily be blamed for causing such an uptick in mental health woes. But its assumed function as a protective factor is certainly thrown into question when generations steeped in so many efforts to raise it haven’t seemed to benefit as expected.

Other research suggests that an alternative to self-esteem is far more fruitful, as far as bolstering our mental health goes. Studies by Kristin Neff confirm the beneficial effects of cultivating self-compassion over self-esteem. According to Neff, “self-compassion is an alternative way to conceptualize having a healthy stance toward oneself that does not involve evaluations of self-worth.” It is rooted in Buddhism and entails three main components: self-kindness, a sense of common humanity, and mindfulness when considering personal weakness or hardships.” (Some readers may see the parallels between self-compassion and secure self-esteem.) Per Neff’s research, self-compassion is “associated with more stable feelings of self-worth that [are] less contingent on particular outcomes… a stronger negative association with social comparison, self-evaluative anxiety, anger, and closed-mindedness.”

This isn’t to say we should avoid raising self-esteem or that we should discourage self-esteem building tactics. Rather, we may wish to fine-tune our cultivation of self-esteem such that a more stable and less-contingent version of it is instilled in individuals. Practicing self-compassion or seeking out a mental health professional versed in stable-self-esteem-building modalities – think humanistic, motivational enhancement, and cognitive behavioral therapy – may be a much better approach to bolstering our wellbeing.