Detox 101: Getting Through Withdrawal

Let’s say you are planning to take a trip to Yosemite National Park; it makes sense for you to learn something about Half Dome and Yosemite Falls. Similarly, before undergoing opioid detox, it helps to know something about opioid withdrawal.

The Details of Withdrawal

Withdrawal happens in stages; how bad it feels will depend on several different factors, some of which have nothing to do with drugs. One way or the other, whether you detox all at once or drag the process out, you will experience a certain and finite amount of suffering. But the suffering is temporary and it will come to an end. 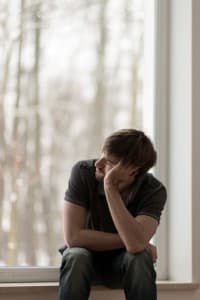 To many addicts, the anticipatory withdrawal phase – thinking about what’s to come – is worse than the physical phase of withdrawal. Yes, the fear of withdrawal can be, and often is, worse than the actual withdrawal itself. It is commonly believed that craving happens because drugs are not available. However, it’s actually quite the opposite. Craving happens only when drugs are potentially obtainable. Many addicts in a lock-up facility stop craving drugs when they discover that no one is smuggling illegal substances into the facility, meaning drugs are simply unavailable.

After a while, they stop thinking about drugs and the sickness subsides. At some point, they are released from the facility (perhaps early due to good behavior) and get on the bus feeling perfectly fine. As the bus gets closer to home – and closer to those old drug using neighborhoods – their nose starts running and their eyes start watering; they know a dealer is just around the corner and they know it’s possible to get drugs again.

This is not a made up story; it’s a scenario that happens over and over again. You crave drugs, not because you can’t have them, but because you can. Let’s get back to opioid withdrawal…

The process of physical withdrawal begins 8-10 hours after the last fix, give or take a few hours. Internal symptoms include feelings of anxiety, restlessness, nasal stuffiness, and the urge to find/use drugs. The outward symptoms are yawning, sweating, runny nose, tearing, nausea, abdominal cramps, dilated pupils, rapid pulse and hypertension.

Opioids are unique in that the emotional effects are felt most powerfully while using – the feeling that nothing bothers or even matters – but in withdrawal, physical effects dominate.-Walter LingWithout relief, the withdrawal symptoms become full-blown over the next two or three days. Anxiety and restlessness worsen, craving and drug seeking intensify, and elevated heart rate and blood pressure are accompanied by fever and chills. Nausea turns into vomiting and diarrhea.

Opioids are unique in that the emotional effects are felt most powerfully while using – the feeling that nothing bothers or even matters – but in withdrawal, physical effects dominate. You suffer aches and pains, nausea, vomiting, cramps, diarrhea, chills and goose bumps. Your legs jerk; you’re literally kicking the habit.

Addicts in jail often show very few withdrawal symptoms simply from the fear of being found out. An anxious physician is likely to have anxious patients, while a calm and confident doctor is likely to have patients that do well. While helpful, medications often play only a very minor role.

To old timers, the opiate withdrawal process resembles a severe bout of the stomach flu. In fact, it is described as such in medical literature. But by the accounts of every addict I know, withdrawal is actually much worse.

Going cold turkey is rarely, if ever, suggested. Most detox treatment facilities prescribe short-term medications to ease the discomfort of the withdrawal process. The silver lining here, as promised, is that there is an end to all this. As I said, a finite amount of suffering is to be expected. That suffering, however, is time limited and you can get over it.

While the acute symptoms and signs of withdrawal may subside over several days, the body does not return to a physiological state of normalcy for weeks, sometimes even months. Sleep is disturbed and heart rate and blood pressure remain unstable. There’s a lingering loss of appetite, lack of energy and strong cue-induced cravings for drugs. This is known as protracted withdrawal, a period during which relapse is common without intervention. But that, strictly speaking, belongs to the next step of recovery, which is something that detox should prepare you for.

Walter LingAUTHORDr. Walter Ling is Professor Emeritus of Psychiatry and the founding director of the Integrated Substance Abuse Programs (ISAP) at UCLA, one of the foremost substance abuse research groups in the US. He is board certified in neurology and psychiatry, is active in research and clinical work, and has been listed in ‘Best Doctors in America’, ‘Best Doctors in the West’ and ‘Best Doctors in Los Angeles’. Doctor Ling’s research in opiate pharmacotherapy provided pivotal information for the approval of buprenorphine and naltrexone. His current focus of research includes abuse and dependence on methamphetamine, cocaine, heroin and prescription opiates; opiate induced hyperalgesia, treatment of pain in opiate-maintained patients, including those treated with buprenorphine and the role of buprenorphine in the management of pain in these patients. Dr Ling is a fellow of the American Academy of Neurology; he has served as Commissioner for the Narcotics and Dangerous Drugs Commission, Los Angeles County, California; and a consultant on narcotics for the World Health Organization, the United Nations, and the U.S. Department of State. He has extended ISAP’s research and training activities beyond the US to China, Southeast Asia and the Middle East. He has authored and coauthored abstracts, numerous book chapters, and more than 200 articles published in peer-reviewed journals, including Journal of American Medical Association, New England Journal of Medicine, Drug and Alcohol Dependence, Journal of Substance Abuse Treatment, Addiction, Journal of Addiction Medicine, and Journal of Psychiatric Research.
Take the next step