Death After Naltrexone: The Fraud of Short-Term Results

She was a petite, shy 23-year-old girl who became addicted to heroin the same way as countless other young people from her small town in Wisconsin. She initially did well with buprenorphine treatment. But after about six months, she began using heroin again. She seemed to have two personalities. She agreed to take her dose of buprenorphine (brand not relevant in this case) in front of her mother each morning. But when she was away from home, she often used heroin. During our appointments she described being taken over by the using personality. “I don’t even get high from it, but I can’t stop.”

I don’t discharge addiction patients just for struggling with their illness. It’s virtually impossible to die from heroin overdose while on buprenorphine, so I view discontinuation of the medication as immoral in such cases. She was in counseling. She had been through residential treatment – twice if you count the time she was tossed out early for breaking a minor rule. That experience deserves a story of its own. Throwing patients to the wolves for violating curfew doesn’t seem consistent with the Hippocratic Oath I recited.

Many patients who struggle while treated with buprenorphine eventually get better, if the physician takes the bold step of continuing their treatment. But this young lady got worse, as did her family’s faith in buprenorphine. Her parents bought into the promise of a cure, and sent her to an out-of-state residential program—one with better marketing than those she already attended.

She relapsed on heroin a week later. Devastated, she asked the leader at her group home how to get back on track… she was told to pack her things and leave.-Jeffrey T. Junig

She was tapered off buprenorphine and placed on monthly naltrexone. Her parents were shown data from studies that showed abstinence rates similar to buprenorphine during the time patients are on naltrexone. She would stay on the monthly injections for six months, long enough, she was told, to get a jump-start on her recovery. She did as recommended, and transitioned from three months of residential treatment into a group home. After 6 months, the naltrexone was discontinued.

She relapsed on heroin a week later. Devastated, she asked the leader at her group home how to get back on track. In response, she was told to pack her things and leave.

She died two months later—about six months ago. To this day, I doubt the doctors or therapists of any of her three residential treatments know that she died. They continue to follow the same treatment plan, keeping patients alive for up to a year on injections of naltrexone, discharging them, and forgetting that they ever existed. When those patients die, nobody notices.

What is the primary goal when we treat opioid dependence? Making money? Creating jobs for the treatment industry? Shouldn’t the goal be the same with other diseases, i.e. to reduce the morbidity and mortality associated with opioid dependence? 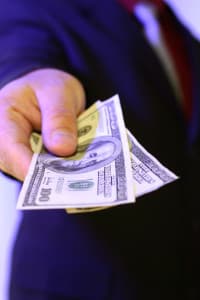 Properly choosing between treatments requires outcome data, and is not possible when treatment failures are not counted. With other chronic diseases, doctors keep in touch with patients whether they do well or not. That is not the case with opioid dependence, where the ‘standard of non-care’ calls for patients to be abandoned when they do poorly.

In the absence of outcome data, traditional addiction treatment programs survive because of a misguided leap of faith by the lay public. The prevailing attitude is that the programs cost so much money that there surely must be some value to what they do! There is no denying that people addicted to heroin look better at discharge than admission. But gaining a few pounds and putting on clean clothes isn’t the same as a cure. When patients die months later, the programs blame them for ‘not wanting it bad enough’—if their deaths are noticed at all.

In the absence of outcome data, traditional addiction treatment programs survive because of a misguided leap of faith by the lay public. The prevailing attitude is that the programs cost so much money that there surely must be some value to what they do!-Jeffrey T. Junig

Treatments for opioid dependence should be assessed using the same logic applied to treatments for other diseases. Almost every disease has a ‘choice’ component where patients play a role in developing or worsening illness. We can compare the approaches to opioid dependence, for example, to the treatment of COPD, an illness usually initiated and aggravated by smoking.

What would we think of a pulmonology program where patients with COPD receive intensive treatment for a month, only to be discharged and forgotten? What if any patient who smoked a cigarette during that month was immediately abandoned, no matter how sick, without discharge planning? What if the sickest patients were forced to leave the premises? What if the few outcome studies of the programs found success rates below 10 percent? Would the FDA allow such programs to take the money—and hopes—of desperate patients?

One of the most twisted aspects of the buprenorphine debate is that doctors who prescribe buprenorphine are criticized for following and treating their patients long-term, when in reality they are the only practitioners who follow the full course of the disease.-Jeffrey T. Junig

Debates over opioid dependence treatment come down to one simple issue. One side believes that addiction can be fixed over the course of weeks or months. They believe that injections of naltrexone keep people from getting high for a period of time, while they are being fixed by group and individual therapy. On the other side of the debate are those who recognize the tragic number of people who die after leaving residential or Vivitrol treatment. The second group knows that addiction is just like other chronic diseases, and requires chronic, often life-long treatment.

One of the most twisted aspects of the buprenorphine debate is that doctors who prescribe buprenorphine are criticized for following and treating their patients long-term, when in reality they are the only practitioners who follow the full course of the disease. I am angered by the calls by politicians and district attorneys to waste precious resources on short-term measures that make good sound bites, but have little benefit for patients with a chronic, long-term illness.

Opioid dependence does not go away after three or six months of treatment. While naltrexone blocks opioid receptors for several weeks following injection, nobody uses the medication for more than a year or so. That relatively short course of treatment may appeal to hopes and wishes, but there is no evidence that patients experience any benefit when the medication is discontinued.

To keep it simple, the young people forced to take injections of naltrexone will only come back to our courtrooms, and our morgues, a year or two from now.

What’s the value of that?

Related: Why the Wait Lists for Buprenorphine Treatment?