I have strongly supported legalizing pot. Not because it’s safe (no drug is safe), but because pot prohibition has always failed to reduce pot use. It also seems silly to focus on the dangers of pot when so many more dangerous substances (prescription opioids, alcohol, and street drugs) are so widely available.

But I think we must now revisit the pot legalization question in light of the new set of worrying challenges raised by synthetic cannabinoids. Chem labs have turned out dozens of different designer versions, hitting a variety of different brain receptors, with far greater potency than old fashioned plant pot.

States that have legalized pot are already experiencing dramatic increases in poison control calls and ER visits due to the increased use and potency of the synthetics. 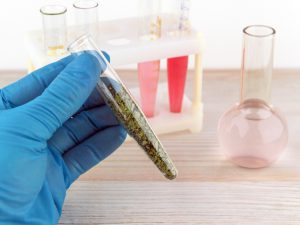 This raises difficult clinical, moral, and legal questions that deserve consideration in discussions about legalizing pot.

How much more dangerous is laboratory pot compared to plant pot in its immediate effects, its propensity for addiction, and its long term outcome?

Will legalizing relatively benign plant pot result in an epidemic of much more dangerous laboratory cannabinoids?

Do the synthetics open the gateway to even more dangerous drugs?

How will the availability of synthetics interact with the teen-age vaping craze? Are we headed for a new generation of kids stoned much more out of their minds than was ever possible for their parents and grandparents?

Is the horse already out of the barn? Will efforts to prohibit synthetics be as futile as all efforts have previously been to restrict any substance of abuse?

Chem labs are synthesizing new designer cannabinoids faster than monitoring agencies can keep up with them. So far, more than 150 different forms have been developed. The variety is so bewildering, the dosage so uncertain, and the potency so unpredictable that buyers never know what they are buying, what effects it will have, what risks they are assuming.

Unlike natural pot, the synthetics are potent enough to cause occasional death in overdose; in numbers that are rapidly increasing, but so far still very small compared to scrip opioids, benzos, and street drugs. It remains to be seen whether wider use and newer synthetics will make this a larger public health problem in the future, especially when they are used concurrently with other substances.

Widespread use of synthetics may also create a DUI nightmare, a potentially lethal combination of markedly reduced coordination, badly impaired judgment, long duration of action, and impossibility of detection via standard drug testing.

The marketing of synthetic cannabinoids is meant to mislead the user into thinking they are as safe as natural pot, which they clearly aren’t. Synthetic cannabinoids sneakily avoid the restrictions many states have against the sale of natural pot. They are often sold in convenience stores, gas stations, novelty shops, and on the internet as herbal products labelled “not for human consumption”, but with full awareness they will be consumed by humans. 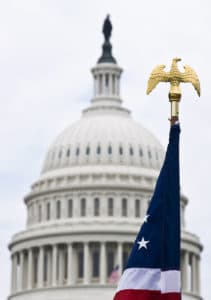 Synthetics are usually sprayed on dried plant leaves or sold as liquid concentrates ready for vaping. Packaging is usually colorful and attractive, with hundreds of brand names like Spice, K2, Joker, Black Mamba, Kronic, and Kush. Minors will have little trouble finding a supply. If made illegal, street drug sales will doubtless pick up the slack.

Despite the real risks, I still think it does. We have done the experiment of prohibiting alcohol and street drugs over and over and over again. The results are always dismally the same – for the individual and for society.

The societal costs of criminalizing substance use are also enormous: drug cartels, official corruption, gun violence, increased crime, clogged prisons, and lost revenue. Interdiction feels good, is an easy political sell, but always winds up breaking bad. We can’t ever expect to stop natural pot and synthetic cannabinoids, we can only hope to reduce their risks and harms.

It would surely be a better and safer world if synthetic cannabinoids had never been dreamed up in chem labs. But that world is no longer possible. The best approach to synthetics, with all its many risks, is to legalize it, standardize it, commoditize it, monitor it, and tax it.

Legalization will likely increase usage over current levels, especially since a large cadre of current middle schoolers are already learning all the techniques of vaping candy flavored e-cigarettes and will soon be ready to move on to stronger stuff. And, yes increased impairment, psych symptoms, ER visits, auto accidents, amotivation, and even some OD’s will follow.

But the downside scenario of synthetics will likely be very much the same even if they are illegal, but with all the extra personal and societal harms that come with criminalization added on.

The clincher for me is the potentially lethal uncertainty of contents that is now inherent in any substance purchased on the street. Fentanyl contamination of street drugs has become so widespread that illegal buys of any pill or powder or liquid, however labeled, amounts to a game of risky Russian roulette with tens of thousands of losers every year.

Synthetic cannabinoids surely create new risks and harms, but these pale in comparison to the lethality caused by the uncontrollable street supply of fentanyl and its widespread stealth dissemination.

Harm reduction requires that we nudge people who use drugs to always buy them in monitored stores, not on the unregulated street. The only way we can protect drug buyers from the ubiquitous fentanyl risk is to provide them clean, predictable products at a competitive cost. 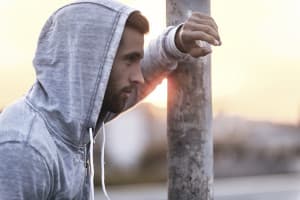 Containing the harms of synthetics will also require focus on the demand side. Most important is prohibiting the cynical, unscrupulous marketing of e-cigs to teenagers. The FDA is beginning belatedly to crack down on the evil marketing that has made Juul such a financial success.

Education has had a remarkably poor track record in drug use prevention, but it is important that parents and kids learn the order of magnitude differences between weed and synthetics in potency, impact, risks, and mental and physical harms. Even laissez-faire aging hippies should be alarmed if their kids start using synthetics. And everyone must be alerted to the fact that so many street drugs are now poison pills.

Finally, as always, an ounce of treatment is worth a pound of interdiction. Synthetic cannabinoids are now a forever part of the drug landscape. We can’t turn back the clock, but we can do efficient, fault-free harm reduction.