Cannabis Crossroads: I Wish You Had Stayed

I’m sorry you didn’t stick around.

You’d taken the time to come to my talk, so I was surprised that you left so early and by what you said as you walked out.

In the few minutes before I began to speak it seemed as if you were looking forward to hearing what I had to say. You and I had a friendly chat about the new legal marijuana industry in the state of Washington.

How did we get here and where are we headed? [Marijuana] legalization brings both opportunities and pitfalls…-Roger Roffman

I’d been invited by the chief librarian in your town. Flyers advertising my presentation, “Cannabis at the Crossroads: Exploring the Road Ahead,” were posted in a number of bookstores and other shops along the town’s main streets. On the flyer, an image of my book cover, Marijuana Nation, appeared alongside a photo of me.

The flyer noted what I’d focus on: “How did we get here and where are we headed? Legalization brings both opportunities and pitfalls, and this presentation will discuss the current lay of the land.” Fourteen people were in the audience that night, a few more men than women. I guessed the average age was about 40, with a few people likely in their 70s.

I began with a slide that showed some Gallup Poll data. The pollsters had studied the percentage of Americans who favored or opposed legalizing marijuana. Way back in 1969, just 12 percent supported legalization while 84 percent wanted to see prohibition continue. But, as the graphic illustration made evident, opinions had changed in the subsequent 45 years. By 2014, 52 percent believed marijuana should be legal and 45 percent disagreed.

Way back in 1969, just 12 percent supported legalization while 84 percent wanted to see prohibition continue… By 2014, 52 percent believed marijuana should be legal and 45 percent disagreed.-Roger Roffman

I then showed half a dozen photos taken at Uncle Ike’s Pot Shop in Seattle. Uncle Ike’s is one of the newly licensed marijuana retail stores in our state. My photos included an image of a sealed plastic bag containing a fat bud. The label said this was Island Cush and that it was a product offered by a company called San Juan Sun Grown. 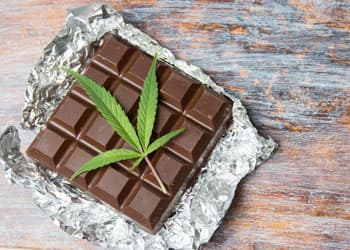 Up to that point, there was no sign that you were about to bolt.

If anything, I was thinking that you’d contribute a lot to the conversation over the next hour. It wasn’t to be.

My next slide illustrated the many cannabis-related hats I’ve worn over nearly fifty years. In 1967, as an army social worker in Vietnam I first became concerned about the injustice in jailing GIs who coped by smoking pot while alcohol use was quite obviously encouraged. One of those hats pertained to my being the first to survey soldiers serving in Vietnam about their use of marijuana.

I told about my casual pot use eventually turning into heavy use, and the price I was paying was a shaky marriage…-Roger Roffman

Other hats included being a casual consumer of pot, lobbying for decriminalization while coordinator of our state’s NORML chapter forty years earlier, and – for a time in the late 1970s – visiting many cancer patients who wanted to know if it would be safe to get high before chemotherapy.

For you the roof was beginning to fall in. I told about my casual pot use eventually turning into heavy use, and the price I was paying was a shaky marriage and the likelihood that I’d eventually be passed over for promotion and tenure at the university. I’d be out of a job. I read a short passage from the book about a conversation with my wife in which she let me know how hurt she felt about the priority I was giving to being stoned.

I quit. Several years later I began the first of a series of studies focusing on counseling approaches for marijuana dependence. 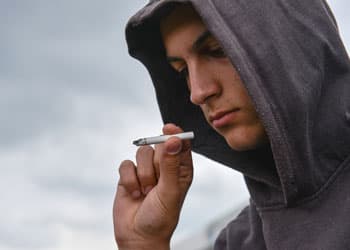 I paused, looked out at the audience, and asked if anyone there had ever had the experience of being dependent on pot or knew someone who had. Four or five hands were raised. I wasn’t alone.

That was the moment when you apparently had had enough. Standing up and putting on your coat, your departing comment was, “I’m not going to listen to this. You can’t get addicted to marijuana.”

With that, you were out the door. I wished you’d stayed.

You would have heard our discussion about addiction, what that term really means, and whether people who get stoned a lot sometimes experience withdrawal when they stop. There was a lot of personal wisdom in the room. The fact that marijuana is both possible to use without harm and possible to use in an addictive manner didn’t unnerve anyone else.

As the evening drew to a close, there was no small irony in the experience for me. While the rest of the audience was leaving, a woman hung back. Once the room had emptied, she approached me for a private conversation. Before she began, I had a sense of what she wanted to talk about. It had happened fairly often following my talks.

“How do people successfully quit?”

Having been in counseling with the goal of overcoming marijuana dependence but not succeeding, she felt discouraged. Now in her 40s, she had wanted to leave marijuana behind for quite some time. We exchanged email addresses and scheduled a phone call for the following day.

You and the woman who waited bookended that evening by expressing quite opposite beliefs about marijuana. I wished you’d stayed.

Related Reading: When the Price of Prohibition Became Questionable