Can Suboxone Be Abused?

I received an email the other day asking whether buprenorphine can be abused. The answer to that question is much more complicated than most newspapers or politicians can get their heads around and depends, in part, on what one considers ‘abuse.’ I’ve pointed out in prior posts that terms like ‘abuse’ are used without a lot of thought to describe a range of behaviors, some more malignant than others. If you are still following this discussion, you should realize that you’re far too intelligent to ever run for public office.

Taking buprenorphine that is not prescribed by a physician is a form of abuse called ‘diversion.’-Jeffrey T. Junig

Taking buprenorphine that is not prescribed by a physician is a form of abuse called ‘diversion.’ What if a person addicted to heroin lives in a part of the country that has no doctors who prescribe buprenorphine products? If that person is desperate to stop using heroin, buys Suboxone on the street, and takes the medication once each morning in order to stop IV heroin, is ‘abuse’ the right term?

A few words about rationalization:

I criticize the abstinence crowd for pushing a treatment that works in relatively few people addicted to opioids. But I recognize that the steps have value for the few people who are willing to completely turn their lives over to the program. For those people, I have always been amazed at how many things the founders of AA got right, including the value of rigorous honesty. Many people with addictive disorders become aware, eventually, of a dangerous part of their personalities that can rationalize pretty much anything. People trapped in the using world learn to explain away all sorts of behaviors that they once considered improper. From the active addict’s mindset, stealing from parents can be justified, for example, by a bit of mental gymnastics that goes something like: “If they knew the whole story, and knew how sorry I felt about everything, they would probably tell me to go ahead and take their money to buy drugs.”

AA’s founders understood the ethically-creative part of the addiction psyche, and realized that staying sober through the steps required changing the addict’s perspective toward right and wrong.-Jeffrey T. Junig

With such a mindset, few behaviors are 100 percent wrong. AA’s founders understood the ethically-creative part of the addiction psyche, and realized that staying sober through the steps required changing the addict’s perspective toward right and wrong. With that principle in mind, I would suggest that particularly for recovering people, the best definition of ‘diversion’ or ‘abuse’ is the one that police and prosecutors use! My comments about diversion are intended to provoke thought among thinking people, but I don’t want my mental gymnastics to encourage trips down a slippery slope over right and wrong.

I suspect that questions about ‘buprenorphine abuse’ are asking, essentially, whether someone stable on buprenorphine is at risk of taking the medication compulsively, without insight, and progressively becoming more attached to the medication. For most people, the risk of such an outcome is very low.

Someone may disagree by pointing to a buprenorphine patient in a panic over running out of buprenorphine as proof of ‘Suboxone addiction.’ Buprenorphine maintains a state of physical dependence at the mu receptor, and patients stable on buprenorphine must continue the medication to avoid getting sick. But fearing predictable discontinuation symptoms is no more evidence of addiction than a patient worrying about running out of venlafaxine or a beta blocker. Only a fool would anticipate discontinuation symptoms, as well as the disdain from doctors and family, and not panic.

Fear of getting sick from stopping a medication does not imply addiction or abuse. Rather, discontinuation symptoms from stopping medications are evidence of ‘physical dependence.’-Jeffrey T. Junig

Fear of getting sick from stopping a medication does not imply addiction or abuse. Rather, discontinuation symptoms from stopping medications are evidence of ‘physical dependence.’

Many substances are strongly desired even in the absence of physical dependence. A parent of a diabetic child rushing to refill a prescription is not addicted to insulin. A person preoccupied with thirst after hours in a desert is not addicted to water. A person with a severe injury who begs for pain relief is not necessarily addicted to morphine.

So then, what constitutes addiction?

According to dictionary.com, addiction is “the state of being enslaved to a habit or practice or to something that is psychologically or physically habit-forming, to such an extent that its cessation causes severe trauma.” The definition leaves room for disagreement over the meaning of enslavement.

I have a better description of the addiction I witness in active opioid users. Addiction is the ever-increasing obsession for a reinforcing substance or behavior that erodes insight, crowds out other interests, provokes conscious or unconscious shame, and encourages, through rationalization, a change in perspective toward the morality of some behaviors—particularly behaviors related to use of the substance.

Do you have a better definition of addiction?
If so, I’d love to read it— so leave a comment! 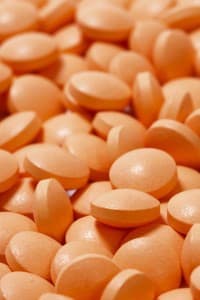 …the only way a patient could get high from buprenorphine would be to stop the drug and go through enough withdrawal to lower tolerance… The ‘high’ would only be in exchange for a greater amount of misery.-Jeffrey T. Junig

And counter to the oft-recited comment that “people inject buprenorphine to get high,” injecting buprenorphine does not create any subjective effect in people who are tolerant to the medication. The ceiling effect of the drug does not pay any attention to how the molecules entered the bloodstream!

Finally, some patients take buprenorphine correctly, yet cling to the conditioning that occurred during active use opioid of agonists. They might have urges to take buprenorphine too often, mistakenly thinking that extra doses boost mood. The urges are rarely powerful enough to crowd out other interests, and can be extinguished fairly easily with appropriate guidance – for example, by encouraging patients to use distraction when urges first appear.

Simple comments about ‘Suboxone abuse’ only lead to ignorance, misperceptions, and faulty policy. Our patients deserve better—and if we don’t work toward that goal, who will?