Can Cannabis Cause Schizophrenia?

Over the past several decades a curious link between psychotic disorders, like schizophrenia, and the use of cannabis (marijuana) has cropped up in research carried out across the globe. Some scientists have suggested that the active ingredient in cannabis, tetrahydrocannabinol (THC), might increase susceptibility to schizophrenia and similar disorders characterized by delusions, hallucinations, and disorganized behavior and speech. Can cannabis, a drug that over half of all Americans are estimated to have ever used, actually cause psychosis? Here, a look at what we know (and don’t) about the relationship between cannabis and schizophrenia spectrum disorders. 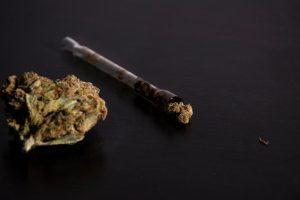 How might the active component of cannabis lead to transient or long term psychotic symptoms, or increase the risk for schizophrenia? To understand a proposed pathway, we first must understand one of the reigning hypotheses about the onset and experience of schizophrenia: The serotonin hypothesis. This theory pegs the origin of psychotic symptoms in a hyperactive serotonin system, whereby an excess of serotonin is produced in the brain coupled with an overabundance of serotonin receptors. Serotonin is a neurotransmitter known to regulate a range of psychological and physiological functions. Among them: attention, mood, motor behavior, sleep, sexual desire, appetite, and attention). Such functions are often dysregulated in schizophrenia and other psychotic disorders. Many antipsychotics (the predominant medication class used to treat symptoms of schizophrenia) act by blocking serotonin receptors and thereby regulating the production and absorption of the petrochemical.

Of course, the serotonin hypothesis is just one of several theories currently in the running to explain why and how approximately 1% of the population experiences schizophrenia. The onset and severity of the illness is likely due to a confluence of genetic and environmental factors that affect more than just one neurological system. Not only serotonin, but the systems involved in the production and transmission of dopamine, the neurotransmitter implicated in feelings of craving and reward, and glutamate, a neurotransmitter known best for its role in transmitting excitatory impulses throughout the brain, have also been observed to be dysegulated in individuals who meet the diagnostic criteria for schizophrenia. Many antipsychotics also act on dopamine and glutamate receptors in the brain.

Chronic consumption of the active ingredient in cannabis (THC) has been found (in rodent models) to make certain serotonin receptors more sensitive, potentially raising the vulnerability of individuals already genetically predisposed to schizophrenia and increasing the likelihood that individuals not genetically predisposed to schizophrenia will experience transient psychotic-like states when under the influence.

Exposure to THC also affects the dopamine system, initially ratcheting up dopamine (resulting in feelings of euphoria and reward) but, after the high wears off, depleting the brain of a healthy balance of dopamine, resulting in depressed mood and blunted motivation. The ability of THC to blunt the brain’s reward system is thought to account for why long term or chronic THC/cannabis consumption can lead to reduced motivation, social withdrawal, and anhedonia—phenomena often observed in schizophrenia, called negative symptoms. 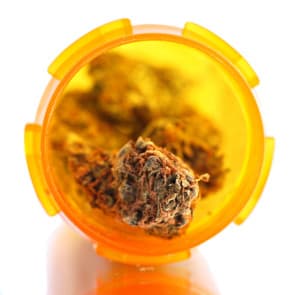 Furthermore, THC depresses the excitatory activity of the brain wrought by glutamate. Suppressed activity of glutamate has been observed among individuals with schizophrenia.

While the evidence implicating cannabis in the onset and severity of schizophrenia and other psychotic disorders is compelling, it isn’t the whole picture. Cannabis consumption’s correlation with psychosis and schizophrenia does not imply that cannabis causes the illness. Cannabis consumption may simply be one of many factors that elicit symptoms of the illness among those who are already genetically predisposed to schizophrenia and similar disorders. Indeed, millions of individuals consume cannabis without experiencing psychosis. This explanation still holds despite data obtained on mental illness in America showing that states in which marijuana was legalized reported more cases of serious mental illness (like schizophrenia) between 2008 and 2015.

What are some other explanations for the higher prevalence of cannabis consumption among people who carry a diagnosis of schizophrenia? For starters, people who carry a diagnosis of schizophrenia may be more likely to consume cannabis as a means of coping with their symptoms—or because, due to their illness, they are shut out of traditional social and occupational opportunities and crave something to pass endless amounts of time, fit in, or help them take their mind off of the stigma they face.

Of course, it’s possibility that consuming cannabis modifies genetic predisposition to schizophrenia, essentially “unlocking” genes that might have remained dormant had cannabis never been introduced and thereby increasing certain individuals’ vulnerability to the illness. This latter hypothesis is based on epigenetic research suggesting external factors (diet, consumption of drugs and alcohol, lifestyle choices, access to resources, trauma, etc.) alter the expression of our genes.

As for mothers who expose their children to cannabis in the womb, the drug may not be solely responsible for the higher risk of psychosis seen among their offspring. Children born to mothers who expose their fetuses to cannabis in the womb may also exhibit other risk factors associated with increased susceptibility to mental illness, such as living in poverty, experiencing malnutrition, lacking the resources to enroll their children in quality education, and exposure to environmental toxins. This does not, however, rule out cannabis as a contributing factor. 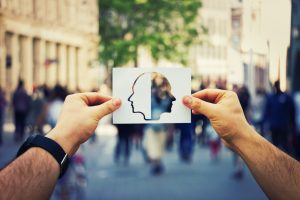 It’s clear that cannabis plays some role in the onset, severity, and course of schizophrenia—likely, by increasing vulnerability to and risk of meeting its diagnostic criteria among those with genetic predisposition to the illness. That individuals with schizophrenia may reach for cannabis to cope with their symptoms or that the same gene variants that predispose them towards psychosis also predispose them towards cannabis abuse creates a negative feedback loop that can exacerbate symptoms and impede recovery. Psychoeducation about the detrimental effects of cannabis on schizophrenia risk and symptom severity may provide an inroads to helping people manage their behavioral health.

As for cannabis’s ability to modify the serotonin, dopamine, and glutamate systems within the brain, it remains to be seen whether these modifications can be reversed (e.g., with antipsychotic treatment or with a significant period of abstinence coupled with other lifestyle changes).