Buprenorphine/naloxone for opioid dependence, a.k.a. Suboxone treatment, became available in 2003, just as the epidemic of pain pill and heroin addiction swept across the United States. Meanwhile drug overdose deaths, mostly from opioids, increased from 4,000 in 1999 to over 14,000 in 2008.

The real story is just as interesting. Our world was struck by an oft-fatal, chronic illness that became a major killer of young adults. The disease affected the sons and daughters of rich and poor alike, killing young descendants of our movie stars and politicians. And as the disease killed at a rate greater than motor vehicle accidents, a British company known for floor cleaning products developed a medication that placed the disease in remission. 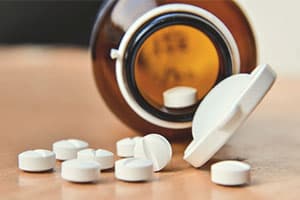 The medication had few side effects, and like most medications, had to be taken indefinitely to prevent illness and death. But the life-saving medication could only be prescribed by a fraction of the country’s doctors, and each of those doctors could treat only 100 patients. Those who treated the illness anticipated that the shortage of doctors would create a black market for the drug, but regulators were surprised when people afflicted by the disease scrambled for the medication. Government agencies reacted with rules that made the drug even harder to find.

What happened with buprenorphine? How did the perfect medication for a terrible illness get such a black eye? Is buprenorphine treatment working?

Many doctors who prescribe buprenorphine, including myself, see the medication as the perfect solution for opioid dependence on a planet inhabited by logical people.-Jeffrey T. Junig

Many doctors who prescribe buprenorphine, including myself, see the medication as the perfect solution for opioid dependence on a planet inhabited by logical people. We worry that public sentiment, often driven by misinformation, will result in regulations that create a ‘death spiral’ for buprenorphine. Fewer doctors will be willing to prescribe it, causing a greater proportion of use of non-prescribed buprenorphine. The increased diversion will drive more regulation, pushing more doctors out of the specialty.

Here are a few facts about buprenorphine:

The Buprenorphine Paradigm and Addiction as a Disease

Buprenorphine offers a new treatment paradigm that allows addiction to be treated similar to other illnesses. In this new paradigm, relapse is not personal failure, but rather is the aggravation of illness. By blocking opioids, buprenorphine lessens the impact of relapse, providing an opportunity for patients to return, almost immediately, to efforts to maintain recovery.

In spite of the usefulness of buprenorphine for treating the epidemic of opioid dependence, public sentiment is more negative than positive. Much of the negative sentiment stems from a lack of understanding of the proper role for buprenorphine. Buprenorphine is criticized, for example, for failing to cure addiction, something it was never intended to do.

Buprenorphine is compared against imaginary treatments that result in long-term sobriety. Proponents of residential treatment point to studies of recovering physicians with success rates of over 50 percent. But treatments for opioid-addicted physicians include years of monitoring and aftercare, with big consequences in the case of relapse. Even if 50 percent was an acceptable efficacy for a potentially-fatal illness (it isn’t), patients not monitored by courtrooms or licensing agencies do not do as well after non-medicated treatments.

Hopefully, addiction will eventually be treated with the same understanding and compassion as other diseases, as deserving of chronic treatment as elevated cholesterol, hypertension or diabetes. Relapse will be seen as an exacerbation of illness that warrants additional attention, rather than a character flaw that triggers discharge from care. Until then, patients will spend money on ineffective treatments, and many will die.

Pro Talk Preview: Jeffrey T. Junig’s next article will describe the factors that discourage physicians from working with buprenorphine.