Twenty years ago, Big Tobacco was up against big time class action law suits all across the nation. Its response was to hire the fanciest lawyers it could find and mount a spirited defense based mostly on the legal principle of “pre-emption”- that a company can’t be held liable for damages if its actions are consistent with the letter of the statutory law and the pertinent regulations governing its industry.

Tobacco company lawyers argued that selling cigarettes to adults was perfectly legal and highly regulated. If people persisted in buying their products despite well-known dangers, the risks were on them. The fault and liability for the resulting cancers and cardiovascular diseases lay with the user of the dangerous product, not its provider.

Tobacco’s “pre-emption” defense was a colossal failure. Damning internal documents revealed that company scientists had warned executives for decades about the lethal health effects of cigarettes. Instead of publicizing warnings, the industry had done all it could to obfuscate the science, deceive the public, and buy the politicians. 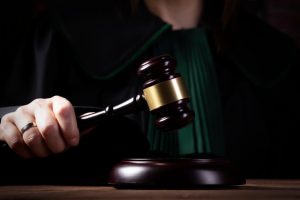 Common sense and simple decency trumped pre-emption. The total of Big Tobacco fines and settlements was in the hundreds of billions of dollars. Following the letter of the law turned out to be a pathetically weak defense, probably because flagrantly violating its spirit had destroyed so many lives.

Big Pharma is now on the same legal hook, facing huge fines for its greedy promotion of the lethal opioid epidemic. There has already been a large settlement in Oklahoma, another Oklahoma lawsuit will be decided later this month, and thousands of other cases are waiting in the wings.

The defendants are the drug companies, the drug distributors, and the drug stores that facilitated the epidemic. The plaintiffs are individuals and governments that have borne its pain and costs.

The Big Pharma defense is once again a combination of pre-emption and blame shifting. How can they be held responsible for the opioid epidemic when the pills were FDA approved and the companies followed pertinent regulations re their production, marketing, distribution, and sale?

The blame must lie elsewhere: with FDA, CDC, and DEA for lax regulation; with crooked or careless doctors for criminal or loose prescription; with patients for using the pills improperly. The companies would have us and the courts believe they were providing a useful product in a useful way and that its massive misuse was caused by others.

There is a thin veneer of truth to these Pharma assertions that others must also share a portion of blame. The FDA was irresponsibly easy in its approval process and unforgivably asleep in its surveillance. The CDC was unaccountably slow in spotting the epidemic and shouting it from the roof-tops. The DEA was too busy fighting the wrong war on  drugs, losing a costly no-win battle against illegal drug cartels, while mostly ignoring the very winnable battle against the much more vulnerable legal drug companies.

The many politicians and bureaucrats in Big Pharma’s pocket must also share the blame. The pharma expenditure on political and government lobbying doubles the next two biggest purchasers of special interest influence: the insurance and energy industries. And these are no slouches. Regulatory capture freed pharma to do its dirty work. 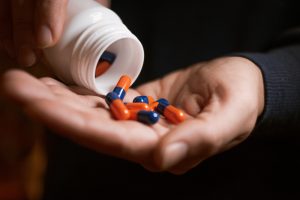 Many other doctors were well meaning, but gullible and careless. They bought the pharma hype that opioid pills were relatively safe. They dosed too high, too long, for weak indications. They prescribed unnecessary monthly supplies for acute pain to avoid annoying phone calls requesting more meds. They responded to importunate requests for pills without considering the consequences.

Pain specialists, and their professional associations, are partly to blame for spreading the pharma gospel that opioid pills were safe and that pain should always be managed aggressively and preemptively. Many thought leaders in the field were co-opted by cozy financial ties, others by a sense of increased professional importance when pain became the “fifth vital sign”.

Some opioid pill purchasers also share in blame for the epidemic and its death toll. Reselling prescribed pills obtained from a doctor into the illegal market became a growth industry, particularly in the most economically depressed parts of our country. And some of the customers of prescription drugs would have been instead buying street drugs if the pharma pills weren’t so easy to score.

There is lots of blame to go around, but this doesn’t take Pharma of the hook.

Will Pharma Beat The Rap?

I doubt it and certainly hope not. It seems unlikely that pre-emption and blame shifting will be any more successful now than they were for Big Tobacco twenty years ago.

The pre-emption defense is blown out of the water by internal pharma documents and external evidence that the drug companies, drug distributors, and drug stores all knew full well that they were promoting widespread drug addiction and hundreds of thousands of drug deaths. They knew and continued to callously and cynically laugh all the way to the bank. Our next blog will summarize some of this harrowing material recently made public by the courts.

It’s hard to believe that shifting blame will convince judges and juries that Pharma was blameless. Blame shifting is just too transparently self-serving and seems patently irrelevant. The fact that government agencies, some doctors, and some buyers were contributorily negligent doesn’t do much to get Pharma off the hook when its own role was so blatant and premeditated. It is especially hard for Pharma to blame government, docs, and patients for the opioid epidemic when it has spent so many hundreds of millions of dollars with the clear intention of co-opting government policies, selling to doctors, and seducing patients. 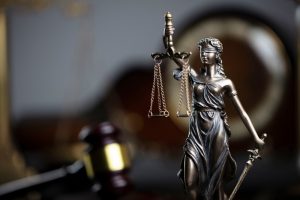 It’s an excellent bet the total of Big Pharma opioid settlement and fines will rival Big Tobacco’s. But I wouldn’t bet the money will be spent at all well. The crying need is for free treatment available in every county in the US. All of the money recovered (minus what are likely to be outrageous profits for the lawyers) should go directly to help the victims.

History and early results are not encouraging. Little of the Big Tobacco money went to help smokers. And Oklahoma is spending most of its settlement money on a frilly research center rather than on direct services for people in dire need.

Also disheartening is the failure to learn the deeper lessons of the opioid epidemic and to institute policies to prevent its repetition. The FDA remains controlled by its Pharma masters; the DEA continues its futile “war on drugs”, and politicians still work for Pharma, not the public.