Beware the Siren Call of Drugs and Alcohol

In much of the addiction literature, cravings appear to be a tsunami of desire correlated with familiar places and associated with past usage. Cravings just rise up unbidden and feel overwhelming. Cravings are like a mugging. This “cravings as mugging” picture accurately describes the cravings that some experience, especially those who still actively use or recently sober.

However, I am concerned this picture of cravings as mugging is taken to be emblematic of all craving. The philosopher Wittgenstein might say that we’ve been captivated by this picture, which carries an accompanying assumption that cravings must always be this way. The danger with this picture and its embedded assumption is that we may be unable to recognize other forms of craving. There needs to be more nuanced accounts of craving in the context of addiction.

Different drugs and addictive behaviors affect the brain and the body in different ways. Cravings will not present and be experienced in identical ways because they are neither just one thing nor have just one dimension. They may be physical, cognitive, emotional, or spiritual. If we think that cravings are all and only big physiological/chemical tsunamis that knock us over, we will not recognize other forms of cravings. Additionally, cravings may be experienced differently depending on how long one has been in recovery or remission.

I submit there is another form of craving, one that is more akin to the long con or what is sometimes called a confidence con. A long con takes time to develop and often the best “marks” are those who believe themselves to be too smart/sophisticated/experienced to be ever duped. The con man earns the trust of the mark and then is in the best position to swindle or dupe. People with long-term sobriety may be more susceptible to this form of craving precisely because they believe they are beyond craving or would recognize the tsunami if it came crashing down on them.

Lessons of the Sirens’ Song

To understand the dynamics of both forms of craving (mugging and long con), I turn to the Sirens of ancient Greek mythology. The Sirens were half-woman/half-bird creatures who lived on an island. They lured sailors to their death with song. Enchanted not just by their voices but the lyrics, sailors would tack toward the coast and crash their vessels into the rocky shoals. They might drown or starve to death on the island because they were too captivated to gather food. The Sirens represent not just temptation, but craving with deadly consequences. This classic Greek myth is illuminating for understanding the call that drugs, alcohol and certain behaviors have for people who have struggled with addiction. 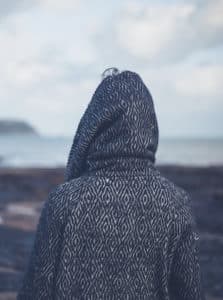 As the Sirens stories go, winds that had been favorable for sailing would suddenly fall calm when a ship neared the island. There would be no choice but to row past it.  With no sound in the sails, an eerie silence settled over the water. This is just when the Sirens would start to sing.

There were two times when a ship successfully passed the island. The first was Jason and the Argonauts who were returning from a heroic adventure to secure the Golden Fleece. Orpheus, the world’s most accomplished musician, played such beautiful music with his lyre that the sailors paid more attention to it than the Sirens’ song and so safely passed the island. The second was Odysseus and his men returning home after ten years fighting in Troy. Odysseus ordered his sailors to plug their ears with wax and tie him to the mast with the strict instructions to bind him more tightly should he order or plead with them to untie him. Once out of earshot, the men are free from the lure of the Sirens’ song.

What was so irresistible about their song and how does this connect to cravings? The Sirens knew who was on the ships. They called to Odysseus; their song was meant just for him. It was a song about heroism, which was the most important virtue in a warrior culture. It is a really song about a way of life (being a hero) and how one understands or sees oneself. Great heroes died in the Trojan War, and now these warriors are returning home. Is there anything heroic in returning home? The Sirens called to him, “All things are known to us. We will sing to thee of thy great fights and victories in Troy. We shall sing of all the things that shall be hereafter. Come hither, come hither, Odysseus!” The song promises both joy and knowledge by appealing to the past and imagining the future.

Who wouldn’t want to move a little closer to hear a song that is all about you – what you’ve been doing and what you will do – showing you to be the person you really want to be? Or even more strongly, need to be? That’s craving, deep craving. The Sirens’ song shows us that the craving isn’t just for a chemical and its effects but for a way of life and of seeing myself in certain ways.

Much of the advice to people who are newly sober or trying to abstain is to avoid situations where these temptations will be. This is akin to saying to the sailors, “stay as far as island where those bird ladies are. Find another route home.” This is very good advice. If you avoid the temptations, you avoid setting off cravings that may lead you to use. 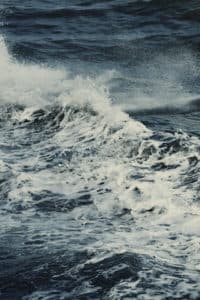 If you can’t find another route and you have to sail past that island of drugs and alcohol (if a family member continues to use, for example), is there an equivalent of Orpheus’s music to drown out their call? Are there other ways to direct your focus or keep your attention on something else? Some people substitute one substance or behavior for another. Some people quit drinking but start smoking cigarettes. Others switch to marijuana. Some even say that they will quit smoking after they get an addiction under control. And yes, many do just that. There’s potential for trouble here though, especially if “healthier” is closer to “not as unhealthy.” What might be diversion from one addiction may itself result in troubling consequences.

The equivalent of being tied to the mast is having a strong network of people who help to keep you in place. Those who help others go through withdrawal are most like Odysseus’s sailors. To witness such physical and emotional brutality is itself brutal. So, too, is to resist the pleas and cries. Short of that extreme situation, the right friends, family, professionals, and other sources of support can create a durable netting that keeps a person in place. The netting can loosen over time as a person has longer sobriety or has sharply reduced their harmful use.

What does this myth tell us about the long con cravings? A person with long-term sobriety may come to believe that he is already beyond the temptation; he’s successfully sailed past the island. This confidence may make him an easy mark. The song appeals both to the past and the future; noticeably absent is the present. The danger of the song is its deeply personal nature. Long con cravings appeal to a past seen through rose colored glasses; we humans tend to rewrite past events or even past versions of ourselves over time. In some ways, we miss the person we imagine ourselves to have been. We miss an imaginary life where the consequences of our use weren’t all that bad, where we were able to be a good partner/son/daughter/parent/friend, where our lives weren’t defined by a catalogue of obligations and responsibilities.

Views of an Imaginary Future

The Sirens’ song also appeals to an imaginary future that is just as deeply personal as the nostalgic remembrances. If we have rose-tinted glasses looking at our past, we see our futures with sky-blue tinted glasses. We imagine a future that fulfills all of our hopes, dreams, and aspirations that also includes good “normal” use of alcohol, drugs, or behaviors. We will be a good partner/son/daughter/parent/friend, be the life of the party, and be a success. We anticipate, if not expect, that we will be everything we ever hoped to be.

What of the present, when the winds calm and you find yourself having to row past the island? The deep longings or cravings are most often a response to something in a person’s life. The important part is figuring out what that something is. Two other considerations are just as important. The first is maintaining an attitude of genuine humility toward one’s sobriety. Never take it for granted. The second is maintaining a healthy skepticism about both memories of my past self and imaginings of my future.