Any Psychiatric Symptom Can Be Caused By a Substance

Perhaps the most common mistake in psychiatric diagnosis is ignoring that a substance problem may be causing the presenting symptoms. Patients who should be diagnosed with a substance-induced psychiatric disorder are all too often treated as if they suffer instead from a primary psychotic, dementing, mood, or anxiety disorder. This always leads to inefficiency, and sometimes, has quite disastrous consequences.

Substance-induced psychiatric symptoms rarely get much better if the patient continues to use the substance, and may get much (even dangerously) worse if the treatment instituted for the secondary psychiatric problem interacts negatively with the substance problem or promotes its continuation.

A teenager, jumpy and irritable because he is surreptitiously using illegal speed, is carelessly misdiagnosed by his doctor as having primary Attention Deficit Disorder. He is paradoxically given a prescription for legal speed that helps to further his addiction (or perhaps that of his friends).

An elderly woman who becomes agitated on an antidepressant receives an inappropriate benzo prescription meant to treat her secondary agitation. She then becomes confused because of the benzo, falls and breaks her hip, then dies in the operating room.

Substance-induced psychiatric disorders are so very frequently encountered because the use of psychoactive substances is almost ubiquitous in the general population. And because there is a very wide variety of available substances which manage to mimic virtually every conceivable psychiatric presentation. Sometimes, the substance causing the psychiatric symptoms is illegal – e.g., heroin, cocaine, or amphetamines. Frequently, the substance is alcohol. And increasingly, the causal culprit is a legal drug prescribed by a physician – e.g., opioids, benzos, stimulants, antidepressants, or beta blockers.

The magnitude of the problem becomes clear when you consider that at least:

Substance and Medication Use

Systematic inquiry about substance and medication use is an absolutely essential part of every psychiatric evaluation. Substance-induced disorders are especially hard to pick up in part because so many different substances are potential contributors, in part because patients are often such bad informants. Sometimes, the patient is forthcoming, but more often he won’t be. People may be ashamed of their substance use, fearful of losing access to the substance if they admit to its misuse, and may not connect the substance to the symptoms it is causing. 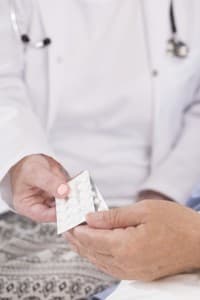 I have been fooled dozens of times by seemingly sober and otherwise reliable people who are trustworthy in every other aspect of life, but are desperate enough to lie about or minimize their substance use. Family evaluations are therefor crucial and are often revelatory. Blood and urine testing is sometimes necessary.

Missing the role of substances is especially common in the evaluations of the old and the young, but the clinician must be alert in every evaluation because substance-induced disorders are also common at every age in between.

In the elderly, any late onset of a new psychiatric or cognitive symptom should always be presumed to be a drug side effect until proven otherwise. Seniors on average are prescribed five or more different meds a day, often by different doctors, and with a failure to consider the possible blood level and behavioral consequences of drug/drug interactions. With aging, we also become less efficient at metabolizing and clearing drugs, so that a once ideal dosage now becomes toxic. And seniors are more likely to see doctors, and are therefore more likely to be prescribed meds than can cause or exacerbate psychiatric or cognitive problems. As mentioned in a previous blog, the benzos are the biggest culprit, ridiculously overprescribed in the elderly and particularly toxic to them.

New symptoms in teenagers and young adults may represent the onset of a primary psychiatric disorder, but just as likely as not may be due to a pattern of substance use that the patient will usually not bring up spontaneously. A systematic, non-judgmental review of drug use is absolutely necessary to rule in or rule out substance-induced, secondary psychiatry disorder. The correct diagnosis of first episodes as either primary or substance-induced has enormously significant consequences for the rest of the patient’s life, because the treatments and prognoses will be so very different.

Substances can cause or amplify virtually all of the psychiatric disorders. Substances are widely used and often under reported – a hidden source of a significant proportion of all the psychiatric problems that need to be diagnosed. It is always crucial to inquire about substance use and consider its role in the presentation. Substance-induced disorders are frequently missed in every clinical setting- primary care, psychiatric practice, psychotherapy, and even in substance programs where it should obviously always be the very first thought.

There is only one way to improve clinician recognition in all of these sites: Make it routine to assume a potential role of substances in every psychiatric presentation and to systematically ask the questions that will help rule it out. And patients also have a responsibility to themselves to become informed about the possible behavioral effects of any prescribed medications, street drugs, and alcohol they may be using and to be honest reporters about their use.