Alternatives to Opioids for Chronic Pain: Which Ones Have Legitimacy?

If you’ve got chronic pain – say in your back, knees, or neck (among the most commonly afflicted places in the body) – you know it can be like pulling teeth to get prescriptions for opioid pain medications such as Percocet or Vicodin. Individuals in legitimate and often chronic, severe pain are having difficulty getting gun-shy physicians to prescribe these painkillers because of what borders on hysteria about the “opioid epidemic” resulting from the overuse of opioids and subsequent increase in overdoses.

Certainly, concerns about the possibility of getting addicted to painkillers and the rise in related problems are valid. But according to Maia Szalavitz, author of Unbroken Brain: A Revolutionary New Way of Understanding Addiction, it’s important to note, too, that the proportion of people who become newly addicted to opioid medications during pain treatment is low. She cites a 2010 Cochrane review (considered the gold standard for basing medical practice on evidence) of the scientific literature to assess safety and efficacy of opioids taken long-term for noncancerous pain in which the authors concluded that serious adverse events, including addiction, were “rare,” with an addiction rate of less than one percent. (They did suggest extra caution in those with a history of addiction.)

I find it interesting that in the three years I’ve been going to a pain clinic for chronic back pain, the only interventions offered to me have been pharmaceutical…-Anne Fletcher

Then there are people who just can’t tolerate opioids. I personally know several suffering from chronic pain who get physically ill when they use such painkillers. And many individuals just don’t want to take them. It all adds up to growing interest in alternative remedies for pain such as mindfulness meditation, acupuncture, and yoga.

I find it interesting that in the three years I’ve been going to a pain clinic for chronic back pain, the only interventions offered to me have been pharmaceutical, including tightly controlled doses of opioid painkillers, and medical procedures such as steroid injections and radiofrequency neuroablation – all of which have offered some relief. But not one alternative more “natural” approach has been suggested.

Given the status quo about difficulties with opioid painkillers, how well do alternative pain approaches stand up to the scientific test?

A group of researchers from the National Institutes of Health’s National Center for Complementary and Integrative Health (NCCIH) recently published a review of the scientific literature on the efficacy and safety of commonly used alternative (also known as complementary) approaches including acupuncture, massage therapy, chiropractic and osteopathic manipulation, relaxation techniques (including meditation), tai chi, and yoga, as well as the supplements chondroitin, glucosamine, methylsulfonylmethane, and S-adenosylmethionine (SAM-e.) 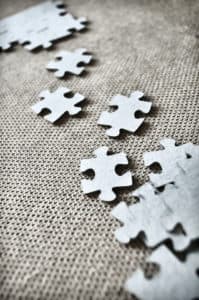 Over the past 25 years, national surveys have consistently found that these approaches are used by about 30 to 40 percent of Americans in a given year, most commonly for painful conditions.

Richard Nahin, Ph.D., M.D. and fellow NCCIH researchers looked at studies in which these approaches were used to manage chronic pain and related disability associated with back pain, fibromyalgia, osteoarthritis, neck pain, and severe headaches or migraines. They examined 105 randomized controlled trials (RCTs) conducted between January 1966 and March 2016 and published their findings in Mayo Clinic Proceedings. (As the authors note, the RCT is considered the strongest study design for investigating the efficacy and safety of pharmacological, behavioral, and physical interventions.)

Unlike what is considered a typical systematic review that assigns quality values to the studies, the authors of this review conducted a “narrative review” simply determining the number of positive and negative trials. If the positives outweighed the negatives, then they generally felt the approach had some value. If there were more negatives, they generally felt the approach had less value. (The authors do note in their discussion that conclusions from systematic reviews for alternative approaches [e.g., acupuncture, chiropractic, massage therapy] and dietary supplements have generally agreed with theirs.)

What Approaches Had the Best Support?

The reviewers concluded that based on a “preponderance” of positive versus negative findings in the studies they reviewed, current evidence suggests that the following approaches may help some individuals manage the following conditions: acupuncture and yoga for back pain; acupuncture and tai chi for knee osteoarthritis; massage therapy for neck pain (if doses are adequate but only for short-term benefit); and relaxation techniques for severe headaches. The infobox below includes other conditions for which weaker evidence suggests some benefit.

* Weaker evidence based on qualitative assessment

Generally, the reporting of safety data in the studies reviewed for the Mayo Clinic Proceedings article was minimal. Yet the authors note that in no case did an RCT identify a serious adverse event associated with any of the complementary approaches examined. The most common problems were issues like gastrointestinal distress from some dietary supplements. And in some studies, tai chi and yoga were associated with minor muscle or joint soreness, while acupuncture was associated with minor pain and/or bruising at the needle site.

An article on this study in the Journal of the American Medical Association notes that 100 million US adults are living with chronic pain, much of which could be prevented or better managed. It points out that several government agencies have on-going initiatives to tackle pain problems in an effort to lower reliance on opioids. However, since insurance companies typically don’t cover alternative interventions, consumers are footing the bill for them – to the tune of more than $30 billion, as reported in 2012. Hopefully, this new scientific review and more to come will turn the reimbursement situation around.