Alcohol and the Link to Diabetes: What You Need to Know

November is National Diabetes Month. This is a good time to take a fresh look at the link between alcohol consumption and diabetes, especially since research on the topic has been inconsistent and often confusing. Does alcohol consumption help or hurt one’s risk for diabetes? Apparently, there is still no conclusive answer to this question. But some of the most recent findings (2017, reported in the online journal Diabetologia) offer an unexpected viewpoint.

Also noted in this study was the role of the intensity of consumption, as measured by the number of average drinks at a time (whether considered to be “binge” drinking or not). But unlike many previous studies, the Diabetologia study could not make a close linkage between binge drinking and an increased risk for diabetes. However, they qualified this finding by suggesting that a number of factors, including how often binge drinking occurs, differences between men and women, and cultural factors defining the amount of consumption associated with binge drinking, all may have contributed to statistical weaknesses.

A Look at Previous Studies 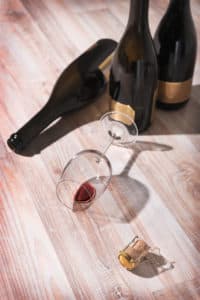 Previous studies have most often concluded that mild to moderate alcohol consumption is associated with lowered risk of diabetes, as indicated by alcohol’s positive effect (at these levels of consumption) of inhibiting the onset of metabolic syndrome, a group of risk factors that signal the likelihood of developing diabetes and insulin resistance, the major defect in diabetes. Insulin resistance occurs when the body is not able to metabolize insulin properly and, therefore, insulin’s job of helping cells use glucose (sugar) for energy is hampered. Previous studies also generally agreed on the idea that binge drinking is associated with increased chances of insulin resistance. A 2012 study from the Diabetes Obesity and Metabolism Institute at the Icahn School of Medicine at Mount Sinai, New York concluded that there was a direct link between insulin resistance and binge drinking, regardless of calorie intake, which had previously been viewed as a possible causative factor.

Metabolic syndrome is a predictor of the likelihood of future diabetes. It also signals an increased risk for heart disease and stroke. According to a National Institute of Health Health-Topics fact sheet, metabolic syndrome is diagnosed when a person has at least 3 of the following health-related risk factors:

Increased risk for metabolic syndrome from alcohol consumption occurs when a person drinks too fast or drinks in excess. If the liver is unable keep up with consumption and to metabolize the ingested alcohol, the alcohol begins to reach other parts of the body, including the brain. Excessive amounts of alcohol compromise the liver, which then impairs its ability to regulate blood glucose levels.

A recent (May, 2017) study published online in Medical Science Monitor (http://europepmc.org) reported that very light alcohol consumption (less than 5 g. or .2 oz. per day) may be associated with a decreased prevalence of metabolic syndrome. Light drinking (less than 22 g. or  .8 oz./ day) showed significantly decreased triglyceride levels. But alcohol consumption of more then 40 g./day (1.4 oz.) was associated with an increased prevalence of metabolic syndrome.

How Drinking Affects Those Who Already Have Diabetes

People diagnosed with diabetes and who take a popular diabetic medication called Metformin must be especially careful when consuming alcohol, and should monitor their blood sugar levels with a personal glucose monitor in order to watch out for symptoms of either high blood sugar (hyperglycemia) or low blood sugar (hypoglycemia), that can occur with even moderate alcohol consumption.

Savanna M. Cummings RD, a Clinical Dietitian in the Department of Endocrinology at the Brody School of Medicine, East Carolina University, suggested in an article for DiabetesHealth.com (Sept. 2010) that people with diabetes can safely consume alcohol in moderate amounts if they account for the calorie and carbohydrate intake associated with their drinks by substituting the drink(s) for other forms of calories and carbs. On average, moderate drinking adds about 150 – 300 calories per day to one’s diet.

Below are some examples of the calorie and carb counts of common drinks:

If you are diabetic and choose to drink, it is recommended that you opt for drink choices that are lower in calories and carbohydrates, and avoid sugar-sweetened mixers. Other recommendations for people with diabetes who drink include:

While the research on alcohol consumption and diabetes continues to evolve, you can be certain that, as in all things, moderation is always better than excess.