Pleading guilty or no contest to the crime of driving under the influence (DUI) in the state of Florida has statutory minimum mandatory penalties that must be imposed by the court. That means the lawmakers up in Tallahassee have decided to take away some of the discretion of the Miami-Dade, Broward and Palm Beach courts in determining what sentence to give to someone pleading to or found guilty of driving under the influence.

Below I have listed the possible penalties associated with a DUI conviction in the state of Florida. 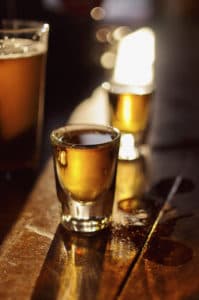 For first-time DUI offense in Florida, the prosecution oftentimes does not seek jail time. However, when there is an accident involved, or some other aggravating conduct by the defendant, the prosecutor may seek a term of incarceration as part of the sentence for the DUI.

Probation and Cost of Supervision

A DUI conviction will often include a probationary term of up to one year for a misdemeanor and five years for a felony. Cost of supervision while on probation is not cheap; usually $50 to $60 dollars a month during the period of probation. The other penalties of the DUI conviction, like DUI school and monetary fines, are considered conditions of the probation.

If the conditions are not completed while on probation, the probationer can be violated. If violated, the probationer could face up to the entire term of incarceration he was facing before being put on probation. For a first-time DUI, that means violating probation could result in up to 180 days in county jail.

In Miami-Dade, Broward and Palm Beach counties, the device costs roughly $200 to install, and has a monthly service fee of between $50 to $100. Note: The interlock device is required even if you do not own a vehicle! Just the other day, a Judge in Broward stated on record that this requirement never made sense to her. A lot of judges have stated the same, but the legislature has made it statutory.

Any second or subsequent DUI conviction in Florida will result in impoundment of the vehicle, unless doing so would be a hardship to the family of the driver. Exceptions may apply if the vehicle is operated for business purposes. 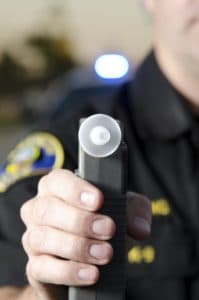 Every conviction requires 50 community service hours. These can sometimes be purchased with an additional fine paid to the court.

An Option to Convert Jail Time to Treatment Time

If you are facing mandatory jail time for any of the above DUI categories, there are cases where the jail sentence may be converted into treatment time in a residential rehab setting. Defendants will usually have to admit that they have an alcohol or drug problem and are eager to seek treatment for a substance abuse problem.

The decision is strictly up to the discretion of the court with the consent of the State Attorney’s Office.