5 Ways to Make Sure Your Loved One Does NOT Recover

We all want our loved ones to recover, right? So, why do we do things that make that more difficult?

Most of the conventional wisdom out there is wrong. Recovery even seems to defy common sense. So we shouldn’t blame ourselves for doing things that don’t work.

Instead, let’s take a hard look at some strategies that seem like a good idea in theory, but are doomed to fail.

Mistake #1   Choosing your loved one’s path to recovery for them. 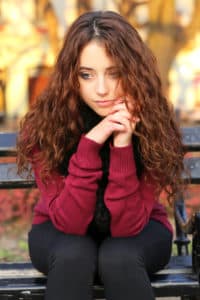 Jenn clearly had a problem with alcohol. She’d gone from drinking a bottle of wine at night to taking a shot of vodka just to get onto the train to work in the morning. Her boyfriend Paul was convinced that she just needed to get to Alcoholics Anonymous, and she’d be okay. His dad, whose alcohol problem wreaked havoc on his childhood family, had gotten sober in AA and swore by it.

Jenn tried a few AA meetings, and though she liked the people, the approach just didn’t sit well with her. She researched some other theories of recovery on the internet and wanted to order some books she read about, but when she told Paul she was looking into other approaches, he insisted she was in “denial” and just needed to get to a meeting. Frustrated, Jenn decamped to the corner bar.

Clearly, Paul wanted to help Jenn, and Jenn wanted to get help. The roadblock came when Paul insisted that there is only one path to recovery. Which brings us to number 2.

Paul and Jenn had a big fight when she got back to the bar, and after crying all night, Jenn agreed to go back to AA just to keep Paul happy. They even made up a calendar of AA meetings she would attend. But when she got to her office the next day, she got out a list of alternative recovery books she’d made and ordered them to be delivered to her office.

The books came, and Jenn read one on the train. When she got off the train, she slipped it into the side pocket of her work bag, but it slipped out while she was looking for her calendar. Paul picked it up and realized she was reading a non-12 Step book. He said he was disappointed and that she was avoiding “doing the work” because she was reading non-AA approved literature. He said she should get to a meeting that night, even though she’d been to one over her lunch hour.

Jenn is showing tremendous initiative in searching out and ordering books about non-12 Step recovery. She’s making recovery her own project, educating herself, and trying out different approaches. Paul is taking the project of her recovery and making it his, instead of encouraging her to find her own path.

Another fight ensues, and this time Jenn stands up for herself. She found something called SMART Recovery and she wants to give it a try. She even found a meeting on Tuesday evenings at a treatment center near her office. She says she’ll keep going to AA, but she’s going to check out the SMART meeting.

It’s Tuesday and Jenn is packing up her stuff at her office and leaving for the SMART meeting.  Her phone buzzes; it’s Paul. “Are you going to the meeting?” he texts.

Sigh. We see where this is going. Jenn has taken initiative for her own recovery, and Paul is taking over again. Some folks call this co-dependence – I just call it annoying. Recovery has to be the project of the recovering person. Taking over only creates a war on two fronts: battle with the addiction and battle with the loved one. 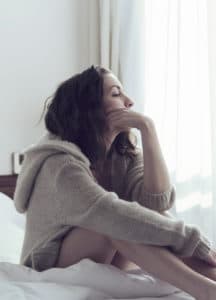 Things go well for a few weeks. Jenn is doing well, staying sober, and enjoying her SMART meetings. She’s reading a lot of books about recovery and testing out different mindfulness strategies. Then their cat dies, and she’s distraught. She heads for the only coping mechanism she really knows – the corner bar.

She comes home and goes straight to bed, sleeping through the alarm in the morning and missing work.

Paul decides to take matters into his own hands. He sends out an email subject line “Jenn’s drinking” to Jenn’s mother, father, boss, psychiatrist and therapist. It details every step of her drinking progress over the last few months. It ends by asking them to talk to her about it. He cc’s Jenn.

Jenn wakes up and checks her email on her phone. She is mortified, horrified, and terrified that she’ll lose her job, as her boss has now been informed.

“What are you thinking?” she asks Paul. He had the best of intentions, but now he has lost her trust.

It may seem like a good idea to involve others, but unless it is a genuine medical emergency, it is NEVER okay to share a person’s personal health information without their consent. Now Jenn isn’t just managing her own alcohol problem – she has hysterical parents and her job is on the line. Things are getting worse, not better. That makes her want to drink even more.

Mistake #5   Insisting on abstinence only.

Jenn tells Paul that she wants to cut way back on her drinking and learn better coping mechanisms, but that she isn’t sure she’s ready to quit right now. She’s read that you can get a lot better gradually, and that abstinence isn’t the only way to recover. She says she’d like to try being abstinent eventually, but with all the stress she’s under, she just can’t manage yet without a few glasses of wine at night.

She’s committed to not drinking before work and limiting herself to two glasses of wine after work at night.  She asks Paul if he can support her in this goal.

Paul is exasperated and insists again that she’s “in denial.” He tells her to get to a meeting, get a sponsor, and commit to being “sober” or else he’ll leave.

Paul clearly has one idea of how Jenn should recover; Jenn has another. The fact is, Jenn would have been a lot better off finding a happy medium with her alcohol use and making gradual positive changes, rather than cycling wildly between abstinence and binges. But Paul’s insistence on abstinence is locking them in an “all or nothing” that neither can win. Try as she might, Jenn doesn’t have the coping mechanisms in place yet to handle abstinent recovery.

There’s Much More to Recovery

The theme is that recovery is all about agency. The recovering person, not friends and family, must be in charge. There are as many paths to recovery as there are people. If we can support our loved ones in any positive change, we give them a much better chance at reaching their own personal version of recovery than if we impose our own ideas on them.

In my experience, recovery is about so much more than relationship with substance. It’s about taking control of one’s life. The more that loved ones try to take away control, the more they hinder true, genuine recovery. When we can support our loved one’s quest for their own, authentic self, we give them the best shot at kicking addiction.