The Effects of Meth Addiction

Methamphetamine offers users the promise of a stimulating “high” that brings feelings of euphoria, energy, and increased confidence. However, these pleasurable effects are often short-lived. Meth use can lead to abuse and addiction and can cause significant weight loss, skin sores, dental problems, memory loss, and psychosis.

However, you don’t have to live with ravages of meth addiction—it is never too late to quit. Treatment programs can help you find recovery and even begin to reverse some of the negative effects of the drug.

What Is Methamphetamine (Meth)? 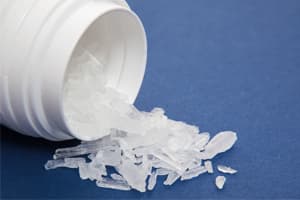 Methamphetamine, or meth, is an addictive drug that causes users to experience a pleasurable rush of euphoria and wakefulness.1 Meth belongs to a class of drugs known as stimulants and is chemically similar to amphetamines like Adderall.1 Using stimulants such as meth can cause increases in breathing, heart rate, blood pressure, and body temperature, as well as diminished appetite.1

As a Schedule II drug, methamphetamine is legal only through a non-refillable prescription written by a medical provider.2 When used on a prescription basis under the name Desoxyn, it is used in the treatment of Attention Deficit Hyperactivity Disorder (ADHD) and, in some cases, obesity.2 Prescriptions for methamphetamine are rare, as other drugs such as Ritalin and Concerta are much more common for ADHD management.

Meth may be used illicitly either by abusing prescription pills or by taking the drug in one or more of its other forms. Meth may be illegally manufactured in secret labs and sold as a white powder or bluish, white crystals. Street names for meth include crystal, ice, speed, crank, and chalk.1,2

Similar to other stimulants, meth is powerfully addictive and may result in severe physical and psychological problems.2 Addiction is likely to develop rapidly if the drug is used in such a way that it reaches the brain very quickly, such as smoking or injection.2 Fortunately, meth addiction is a treatable condition, and users may recover with proper treatment, commitment, and support.

Meth is powerfully addictive and may result in severe physical and psychological problems.

How Does It Affect the Brain?

Meth affects the brain in part by causing a rapid increase of the neurotransmitter dopamine.1,2 Dopamine is a natural chemical that regulates movement, motivation, reward, and pleasure. The increase in dopamine when using meth is responsible for the euphoric rush, or “high,” that users experience. While intoxicated, users may experience effects like:2-4

The short-term effects of meth may feel as though they begin and fade rapidly.1,2 In fact, the methamphetamine high typically lasts about 6 to 8 hours.3 Users who don’t want their high to end often “binge” on the drug by taking a large amount without eating or sleeping for an extended period of time. This is also known as going on a “run.”2 Initially, the user feels euphoric, powerful, confident, and full of energy and so may repeatedly take more of the drug for several hours or even days.3,4 This can lead to a state called “tweaking.” (See below).

This is eventually followed by a “crash.” When the drug begins to wear off, the user may feel anxious, depressed, confused, and tired.

The effects of methamphetamine on the brain aren’t limited to the short term, however. Long-term use can affect the brain in numerous ways. Users may experience problems with thinking, mood instability, and even psychotic symptoms.2

Meth users may find themselves attempting to recreate their original high by continuously taking more meth. When they realize that they cannot get that high back, they become increasingly agitated. This is the state known as tweaking. Someone who is tweaking may be irritable and distrustful of others and may develop symptoms of psychosis, such as visual, auditory, or tactile hallucinations.4 They may believe that they have bugs crawling on their skin, causing them to pick their skin until they develop sores and scabs.4

Tweaking is a volatile and dangerous state.

Feelings of anger and agitation from being unable to achieve the desired high can also make them prone to violence. Tweaking is a volatile and dangerous state; if someone you know is tweaking, use extreme caution in your dealings with them to avoid becoming a victim of violence.

Since meth is available in several different forms, it may be used in a number of ways, including:1

Snorting and injecting meth into the bloodstream causes the drug to travel to the brain rapidly.2 The quick pathway of the drug to the user’s brain causes an immediate rush of euphoria that may last a few minutes. Users who snort or inject meth are at high risk for addiction and physical and psychological health consequences.2 Injecting the drug and sharing needles can also significantly increase the risk of contracting infectious diseases like HIV and hepatitis.

Swallowing and snorting meth can cause a less intense (but still dangerous) high with a relatively slower onset of action.2 Snorting meth typically produces effects within 3-5 minutes, while swallowing meth will usually produce effects within 15 to 20 minutes.2 While users who snort or swallow meth may experience a less intense high than snorting or injecting the drug, any route of methamphetamine abuse can lead to addiction and potentially irreversible health problems.

Meth can have serious long-term consequences on the brain and body over time. Long-term meth use can lead to:1,2,3 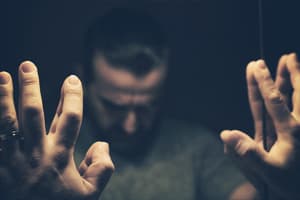 Chronic long-term meth use can also cause problems that may have permanent consequences:

Some of the long-term effects of meth use, including some cognitive impairments, may be reversible after a period of abstinence.2 Certain other consequences, however, such as those related to the contraction of infectious disease or major medical events like stroke, could have permanent health repercussions. Psychotic symptoms may last for up to months or years after a person quits using meth or, in some cases, may recur as intermittent flashbacks.4 Even after a former user recovers, stress can cause psychotic symptoms to return.

Warning Signs of Abuse and Addiction

Meth users who abuse the drug may develop what’s known as a stimulant use disorder—a diagnosis given by medical and mental health professionals to indicate that a person’s stimulant use is causing significant problems.5

Signs of a stimulant use disorder include at least 2 of the following:5

A meth overdose can result if a user has a toxic reaction after taking more meth than the body can handle. Meth users may experience two different types of overdoses:6 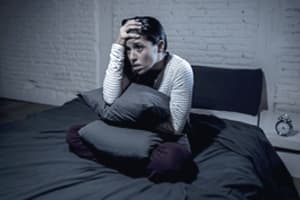 An acute meth overdose produces a range of physical and psychological effects, which may include:1,2,5,6

In some cases, a meth overdose may lead to permanent damage to the body and even death.2,6 The sooner that a meth overdose victim receives help, the higher the likelihood that they will recover. It is important to contact 911 immediately if you suspect a meth overdose.

A person in withdrawal may experience uncomfortable mental and physical health symptoms that may persist over several weeks (or longer, depending on the individual). Meth withdrawal symptoms may include:2,7

Meth users undergoing withdrawal may benefit from participating in a detoxification program where they get the safe and supportive environment they need.

The majority of meth withdrawal symptoms typically last 1 week, but some symptoms, including increased appetite and excessive sleep, may continue for an additional 2 weeks.7 While meth withdrawal is not known to be physically dangerous, the symptoms may be painful. The mental symptoms of withdrawal, including depression and anxiety, can also have adverse effects. Some meth users may experience severe depression and suicidal ideation during withdrawal. If not properly treated, suicidal ideation can lead to dangerous behaviors with possibly irreversible consequences. Withdrawal may also be more severe among people who have been using the drug for long periods of time.

Cravings or urges to use meth during withdrawal can increase the risk of relapse. Meth users undergoing withdrawal may benefit from participating in a detoxification program where they get the safe and supportive environment they need to complete the process without returning to use. Medications may be used in some cases to mitigate symptoms.

Meth addiction is not a life sentence. With the right care, you can experience a life without drugs. Once you’ve completed detox, there are several different types of treatment programs you can choose from: 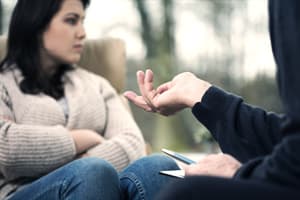 Treatment programs not only differ in the intensity of their care, but also their therapeutic approach:8

In addition to treatment programs, recovery groups are also available:

Taking the First Step Toward Recovery

Meth addiction is a serious condition that can negatively impact a person’s physical and mental health, relationships, and overall well-being. Getting the necessary treatment can kick-start the recovery process and guide you as you work to build a drug-free life. By providing education and support, treatment can help you quit using meth and address both the issues that contributed to your drug use and the problems caused by it.

More resources about The Effects of Meth Addiction:

How Long Does Meth Stay in Your Urine, Blood and System?Drug Testing: How Urine Samples Turn Into Big BusinessCT Website Offers Real-Time Treatment Bed AvailabilityInspirational Quotes to Help Overcome Drug or Alcohol AddictionTreatment Waiting Lists Can Be a Death Sentence

How Does Residential Treatment Address Mental and Emotional Concerns?A Ray of Hope for Substance Abuse TreatmentCan We Stop Calling It “Medication-Assisted Treatment”?Detox 101: Getting Through WithdrawalDetox: What’s It All About?