Is LSD Dangerous? LSD may not be particularly physically addictive, but that doesn’t mean it isn’t dangerous. The effects of LSD can last far beyond the initial trip, causing psychotic episodes or “flashbacks” months or even years after you used it.

LSD, or d-lysergic acid diethylamide, belongs to a class of drugs called hallucinogens. Also referred to as “acid,” LSD is most often taken orally. It is found in tablet or capsule form but also as a liquid or on absorbent paper pieces that have been saturated with the drug. An LSD “trip” or episode may last up to 12 hours or more.1

Effective doses of LSD are often exceedingly small—on the order of millionths of a gram. Though the profound perceptual changes that LSD brings about may place the user at risk of indirect bodily harm or injury, in most cases of mild to moderate intake the long-term effects of LSD involve the brain and psyche rather than the body.

Frequent users may experience episodes of psychosis—with severely altered perceptions—for years after they’ve stopped taking the drug. Another common effect of long-term LSD use is recurring “flashbacks.” The condition of having LSD flashbacks is also more formally called “hallucinogen persisting perception disorder” (HPPD). The psychotic disturbances associated with HPPD may last for months or years, and you may not be able to reverse the effects of HPPD simply by quitting this drug.

If you are looking for LSD addiction treatment, it can feel overwhelming As you consider your options, knowing exactly what your insurance plan covers can give you peace of mind while you or your loved one is in rehab. You can do the work of getting and staying sober without worrying about unexpected costs or financial struggles. For more information on what your insurance plan covers, call AAC at , click here, or fill out the form below.

Long-term Effects on the Body

Although LSD typically produces more pronounced mental rather than physical effects, some acute signs of stimulation to the body’s sympathetic (or “fight-or-flight”) nervous system will sometimes result from LSD use.

Long-term LSD use results in a demonstrable tolerance phenomenon. As a result, long-term and heavy users of LSD users may require large doses of the drug to elicit the desired effects. This can be dangerous, as  LSD doses of more than 400 mcg have been reported to result in life-threatening toxicity. This dangerous situation may comprise:2

Long-term Effects on the Brain

According to the Cleveland Clinic, the exact effect of LSD on the brain remains unknown. But the drug is believed to affect your brain’s response to serotonin – a neurotransmitter that helps govern your emotions, moods and perceptions.3

While immediate LSD use causes a variety of disorienting, distorted and emotional effects, there are also some potentially troublesome longer-term effects of LSD abuse:

Some users report having mind-expanding, mystical experiences while they’re under the influence of LSD. However, because it’s impossible to control the type of experiences you’ll have, the length of your experience or your reactions to the drug—you cannot predict if you are likely to have terrifying hallucinations or pleasant ones. Even worse, these episodes may continue after you’ve stopped using LSD, interfering with your social and professional life and putting you at risk of anxiety, depression and suicide.

“Psychosis” is defined as a condition of dissociation from the real world.4 It is characterized by:

Those with a history of long-term LSD use may experience psychotic episodes similar to people who suffer from schizophrenia, schizoaffective disorder, borderline personality disorder, and other serious mental conditions.

Even after quitting LSD, the drug-induced psychosis that may persist can include:

Not everyone who uses hallucinogenic drugs experiences persistent psychosis, but it appears to still be a risk for some. Whether these episodes occur regularly or happen only occasionally, they can be terrifying and profoundly disturbing. Persistent psychosis can make it difficult to hold down a job, maintain a normal social life, and form lasting personal relationships. During a psychotic episode, you may suffer a serious or fatal injury if your delusional experiences drive you to take life-threatening risks. 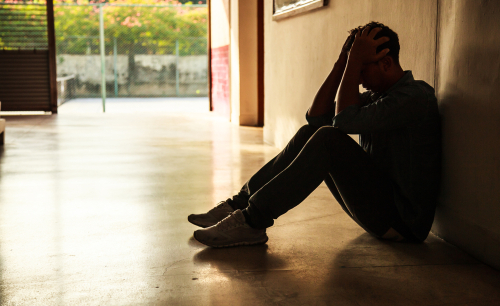 LSD flashbacks are often the subject of jokes in the media. Psychedelic drugs were widely abused in the 1960s by those looking to achieve an expanded state of consciousness. Some psychiatrists prescribed LSD to their patients on a therapeutic or experimental basis. Even today, there are some small clinical studies using low-dose LSD  to treat depression and anxiety conditions, with inconclusive results so far due to the small sample sizes and nature of the studies.9

Today’s references to flashbacks frequently poke fun at these visionary explorations. But while some flashbacks may be amusing, colorful, and even pleasant, hallucinogen persisting perception disorder (HPPD) can be a dangerous and frightening condition. While flashbacks are usually infrequent, reversible, and harmless, episodes of HPPD can be:10

Individual counseling and group therapy may also be of some help to you for learning how to deal with HPPD episodes and lead a healthier, happier life.

LSD isn’t considered to be a physically addictive drug. And in general, you won’t experience physical withdrawal symptoms when you stop taking LSD. But the development of physical tolerance to LSD, however, is possible.

Developing more tolerance means that you’ll need to take larger doses of the drug to achieve the same hallucinogenic effects. By taking LSD, you may also build up a cross-tolerance to other hallucinogenic drugs, such as mescaline. Tolerance usually decreases within a few days after you stop taking LSD.

Although LSD may not produce physical withdrawal symptoms, you may become psychologically dependent on hallucinogenic drugs if you take them on a regular basis. Some long-term users experience anxiety, depression, or irritability if they don’t have access to LSD or other hallucinogens. The long-term physical side effects of LSD use are still being investigated.

How Prevalent Is LSD Use?

If you associate LSD use with the psychedelic ’60s, you may be surprised to learn that the drug is alive and well today, especially among the younger generation. What percentage of Americans have used LSD over the course of their whole lifetime?

According to the National Survey on Drug Use and Health, the 2014 lifetime prevalence rates among Americans are as follows:

2013 estimates for first-time LSD use in the U.S. are as follows:

Recreational LSD Use: Why Should You Be Concerned?

Experimenting with LSD and other drugs is often considered to be a rite of passage among teenagers and young adults. Older adults may use LSD occasionally to experience its hallucinatory effects, to achieve a quasi-religious state of exaltation or to escape their own reality. But the unpredictable effects of LSD make the drug dangerous to anyone who takes it—even on a recreational basis. The long-term effects of LSD use on the brain, body, and psyche are still not comprehensively researched.

What to look for when searching for a program

In 2016, Recovery Brands conducted a survey that asked individuals leaving an addiction treatment facility what clinic characteristics they had come to view as top priority things to examine when looking at programs. The most important priority was the facility’s financial policies, such as payment options, insurance accepted, and financial support. They also prioritized the clinic’s offerings (amenities, room quality, facility housing, etc.) significantly more upon leaving treatment. Individuals looking for treatment should examine a center’s financial options as well as clinic offerings to aid in their program decision.

Get the Help You Need

If you’re concerned about the effects of hallucinogenic drugs such as LSD, call our toll-free number at the top of the page to speak with a caring recovery advisor who will be happy to further discuss with you the treatment options available for your particular situation. While LSD may not be as addictive as heroin, alcohol or cocaine – using the drug can have devastating effects on your mental and physical health.

Treatment for LSD use can occur one of a few different ways:

Check Your Insurance for Rehab Coverage

HallucinogensLSD
Want to get help, but not ready to talk?
Instead, sign up for text support to receive: