Librium is a prescription medication with known abuse liability. It belongs to a class of drugs known as benzodiazepines that doctors often prescribe to treat anxiety and, in some cases, to manage alcohol withdrawal. If used for an extended period of time, some degree of Librium dependence is likely to develop, which can make it more difficult to quit. Abusing Librium—especially combining it with other drugs and alcohol—can be dangerous, and even life-threatening. 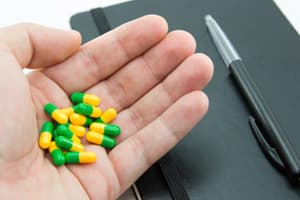 Librium is the brand name of the prescription drug chlordiazepoxide, which is one of several different types of benzodiazepines (sometimes known as “benzos”) commonly prescribed to treat a variety of psychological and physical problems.1 Librium and other benzodiazepines are classified by the Drug Enforcement Administration (DEA) as Schedule IV controlled substances because of their recognized risk of dependence and abuse.1

Like the other benzos, Librium has anti-anxiety properties, but it is also the prototypical agent used in managing the acute alcohol withdrawal syndrome.2 Librium’s relatively long-acting sedative and anticonvulsant effects make it a go-to medication used to prevent the potentially dangerous seizures and agitation that sometimes arise and complicate the course of alcohol or shorter-acting sedative withdrawal.

Like alcohol, Librium is a central nervous system (CNS) depressant, and the intoxicating effects of both may manifest similarly. People who take Librium feel relaxed and have reduced inhibitions, especially when using Librium in combination with alcohol and/or opioids.

Librium and other benzodiazepines affect the activity of an inhibitory neurotransmitter in the brain known as gamma-aminobutyric acid (GABA). GABA slows down activity in the brain; therefore, when Librium is ingested, it reduces excitability in the nervous system, thereby causing a sedating and anxiety-relieving effect.2

Librium is prescribed in capsule form to be taken orally; however, recreational users may empty the capsules to be snorted, or mix the powder with liquid to be injected intravenously. These methods of delivery are done in the hopes of lowering the amount of time it takes to feel the drug’s effects and increasing the euphoric rush associated with the drug.

The recommended dose for adults is 5 to 10 mg taken 3–4 times per day, but higher doses may be provided for acute severe anxiety, such as prior to surgery.2 The dose used to treat seizures during acute alcohol withdrawal may be 10 times that used for anxiety (50 to 100mg, 3–4 times per day).

Effects on the Body and Brain

The effects of Librium vary from person to person and are largely dose-dependent. Because tolerance levels fluctuate widely, the same dose can affect 2 people very differently.

The short-term effects of Librium at relatively moderate doses include:1

At higher doses, Librium can lead to:1

Librium is only intended for short-term use, and anyone taking benzodiazepines for more than 3–4 weeks is likely to experience withdrawal symptoms if they abruptly stop taking the drug.3 Taking large doses of Librium for an extended period of time can have other undesirable consequences as well.

Other long-term consequences of Librium abuse include:1,5

Benzodiazepines like Librium are not typically dangerous when taken as prescribed. However, people who use benzos for recreational purposes may combine high doses of the drug with other substances that also slow the body’s circulatory and respiratory systems. Doing so can be very dangerous and lead to a fatal overdose. In fact, 30% of overdoses involving opioids also involve benzodiazepines.6 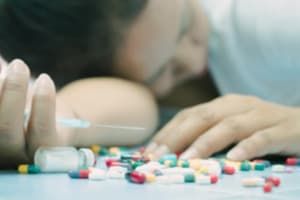 Opioids (including both prescription painkillers and illicit drugs like heroin) and alcohol are especially dangerous when combined with benzodiazepines. Each of these substances slows down essential processes such as heart rate and breathing. When they are taken in combination, the compounded effects can prove deadly.6

The primary symptom of a Librium overdose is respiratory depression, which means that your breathing has slowed or stopped completely. Your heart rate may also slow or come to a complete stop during overdose, and death can follow soon after without the proper medical treatment. If you suspect that someone is overdosing on Librium or another benzodiazepine, call 911 immediately.

There is a drug called flumazenil that can be used reverse the effects of benzodiazepine overdose.7 However, paramedics may not know to provide it unless they know specifically that benzos are involved. It’s important to let medical responders know what drug(s) the overdosing person has been taking so they can administer appropriate treatment.

People taking Librium over a prolonged period of time begin to develop a tolerance, which means they require larger doses of the drug to achieve the same effects. Additionally, people can develop a physical dependence on Librium, even when taking their prescription as directed. When this happens, users can experience uncomfortable withdrawal symptoms when they try to either suddenly stop or reduce their dosage.

The presence of some tolerance or dependence alone may not indicate that a benzodiazepine addiction has developed. In order to meet the criteria for a substance use disorder, at least 2 of the below signs and symptoms must be present over a 12-month period of time.4

The benzodiazepine withdrawal syndrome can be dangerous and even life-threatening. This means that any attempt to quit without a doctor’s supervision can be very risky. Symptoms of Librium withdrawal could include any of the following:3,8 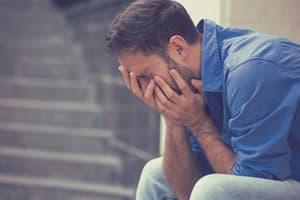 Some of the medical complications that arise during Librium withdrawal are similar to those seen in people experiencing alcohol withdrawal. As with alcohol withdrawal, clinicians recommend seeking the help of a medical professional when you are ready to reduce or stop your dose.3

Detoxification is the process during which a person stops using a drug long enough to clear the last traces of it out of their body in order to begin addiction rehab treatment. Because of the potential severity of Librium withdrawal, detox should take place under the supervision of a medical professional.7

Patients who have taken benzodiazepines for as little as one month can experience withdrawal symptoms.9 Withdrawal for long-time users can be very difficult, and most patients have the potential to experience uncomfortable and even dangerous withdrawal symptoms for months, especially if they quit abruptly. These symptoms are often exacerbated by the return of the original anxiety symptoms. Because of this, doctors instead prefer to ease withdrawal symptoms by gradually reducing—or tapering—the dosage of Librium.

How Does Tapering Work?

Clinical guidelines suggest the safest way to manage benzodiazepine withdrawal is to gradually reduce the amount of drug taken.8

In some cases of benzo dependence, tapering is initiated with a switch from one drug to another. The drug most often used in tapering is clonazepam (Klonopin). As Librium and Klonopin are both relatively long-acting benzodiazepines, the decision to switch from one to the other prior to initiating the tapering protocol may be less of an important prerequisite than it is in cases of short-acting benzo dependence (e.g., Xanax, Ativan).

Tapering schedules depend on several factors, including dose, length of use, mental health history, and the use of other substances. Benzodiazepines are notoriously difficult to quit, and tapering schedules have been known to last anywhere from 2 months to a year or more.10

A typical tapering schedule involves reducing the dose by 10–25% every 1–2 weeks.10 If someone has a poor response, such as severe anxiety or insomnia, a doctor can slow the tapering progression accordingly. For example, if someone has a bad response to a 25% reduction, the doctor can roll it back to 10%.10 This often involves giving the patient a specific number of pills for short periods of time, with no refills. Patients may need to go to the pharmacy weekly during the tapering process.

Other medications may be prescribed to help ease withdrawal symptoms and make the patient more comfortable. These include certain muscle relaxants, barbiturates, anticonvulsants, and antidepressants. A drug called gabapentin has shown promise in aiding the taper process.10 Unfortunately, many of these medications have negative side effects and abuse potential of their own.

Many people begin taking or experimenting with Librium because of an underlying anxiety condition. Going to detox helps you get the drug out of your system, but it doesn’t address the reasons you started abusing it in the first place. Entering a rehab program will help you go beyond detox and get to the root cause of your addiction, so you will be less likely to relapse in the future. 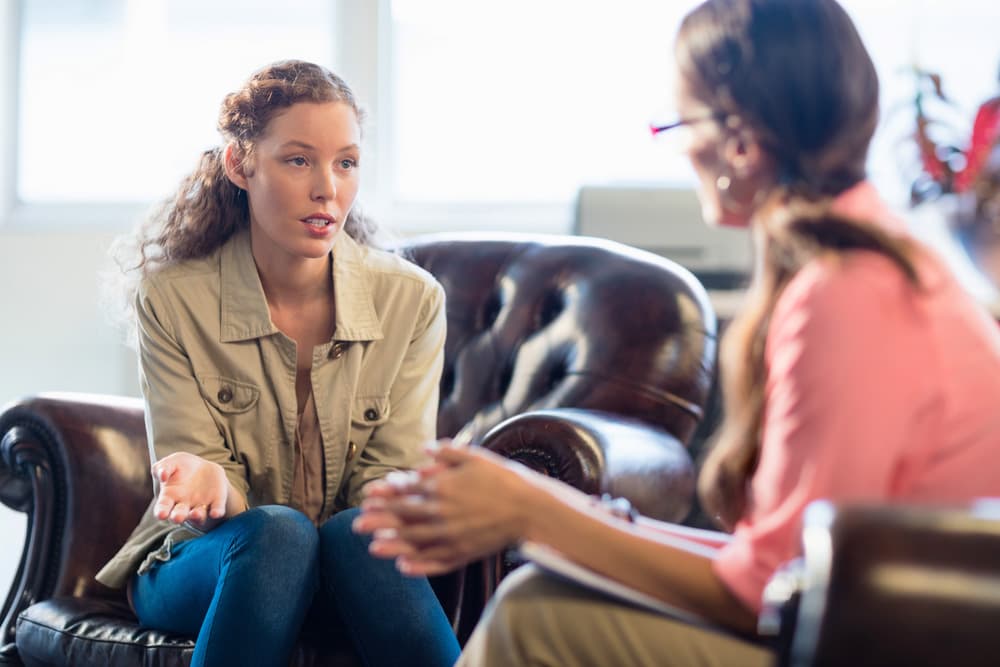 Because the goal of rehab is long-term sobriety, treatment involves learning to recognize your triggers. Triggers are situations, people, or places that make you want to use drugs. Your individual and group therapy sessions might focus on developing healthy strategies to deal with these triggers. Additionally, evidence suggests that a comprehensive program involving tapered medication and talk therapy can help people successfully quit benzodiazepines.10 Talk therapy might involve both individual and group counseling. Many rehab programs also offer family therapy and spiritual guidance, too.

Before you leave rehab, you and your counselors will develop an aftercare plan, which is a long-term strategy to remain sober. Some people plan to continue seeing a therapist or counselor at a private practice or community clinic after they have finished rehab. Others enjoy the sociability of group work and find that attending their local Narcotics Anonymous (NA) meetings is a convenient, inexpensive way to continue making progress. Still others find working with their family doctor is the best approach for them. The important thing though is that you leave rehab with a solid plan.

Take the Next Step

Life is hard and hectic. You’ve probably been putting off addiction treatment for quite some time. Maybe you rationalize your drug use by convincing yourself that you really need it, even though you know, deep down, that things have gotten out of control. It’s time to take the next step, gain control, and fight for yourself, because no one else is going to do it for you.

Starting a Benzo Taper: 7 Things to Keep in MindWarning: We Can’t Afford to Ignore Benzo AbuseHow Worried Should We Be About Benzos?