Heroin Crisis in the Suburbs Instead of the Streets

America’s heroin abuse problem has changed over the years. The affected demographics have shifted. Women, suburbanites, and people with higher levels of income are using heroin at higher levels than in the past.

Not only are more people using heroin, but a frequently-tampered-with street supply of the drug is becoming increasingly risky to use. 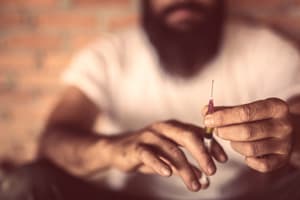 For more than 50 years, society knew and accepted that heroin was a powerful and dangerous substance. In fact, when asked to name the most dangerous drug, many people would say heroin immediately—the drug is notorious for its addictive power and ability to cause deadly overdose. While most people understand its dangers, or at least have a general sense of its destructive nature, a lot of people have typically viewed it as other peoples’ problem. After all, the popular concept of heroin was that of a drug used mainly on the streets of inner cities by “addicts” that were young, poor, male, and from a minority ethnic group.1,2 Middle-class suburbanites may have felt somewhat immune to the dangers of heroin, due to this very narrow view of what a heroin user is.

But with the opioid crisis, heroin is touching the lives of Americans everywhere, even those who thought it couldn’t happen to them. Fueled in part by the prescription opioid abuse epidemic, heroin use has increased in nearly every demographic.

Men that abuse heroin still outnumber women that abuse heroin, but the margin between them diminished in the last decade.While there have been noteworthy changes in the demographic details, the larger issue of heroin abuse has grown across the board. This rise is happening among both men and women of varying ages and socioeconomic backgrounds.2-4 Over the past 10 years, heroin use has increased across many groups including:1,2

When comparing statistics from 10 years ago from the National Institute on Drug Abuse (NIDA) to statistics from 2014 from the Substance Abuse and Mental Health Services Administration, there’s an alarming contrast:3,4

Though many groups show an overall increase in use, many heroin users now come from sections of the population that previously had low rates of use.2 These people break the mold and defy the stereotype of the “typical heroin user.” The groups with the largest increases:2

The Evolution of Heroin Users 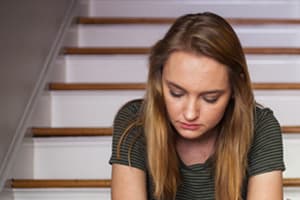 Heroin’s apparent move from the streets to the suburbs may seem like a recent phenomenon, but the trend started to develop in the 1960s.1 Changes occurring since then include the following:1

Another significant change is the shift from large urban areas to “small urban” or “nonurban” areas. Currently only about 25% of heroin users surveyed live in urban areas.1 This leaves most current heroin users (75%) living in rural or suburban areas.

Based on this information, a profile of a typical heroin user today is a 23-year-old white female living outside of a city.1

Painkillers and the Heroin Crisis

Prescription opioid pain medications may be fueling the current heroin crisis because:1,2,4,5

With the link between heroin and prescription pain medications becoming clearer, officials and experts are calling for major reform of opioid prescribing practices.

Addiction to heroin can take hold of even the most unsuspecting person. Someone prescribed oxycodone after an injury, for example, might begin taking a little extra for the pain without first consulting his doctor. Over time, as he becomes tolerant to the effects, he might take a little more and then a little more. Eventually, he will become dependent on the drug and need it to feel well enough to get through the day.

As this is occurring, he may become addicted, choosing to continue abusing oxycodone even when he’s faced with the mounting negative consequences in his personal and professional life. When his prescription ends and he no longer has the supply he’s become dependent on, he may turn to illicit sources. Over time, however, the price of pills on the street (up to $100/pill) will become unsustainable, and the bag of heroin that costs less than $10 but offers the promise of keeping him from getting sick from withdrawal will look like a good option.6

And once this occurs, it’s an all new ball game, because heroin is rarely 100% heroin—often it’s cut with fentanyl or even stronger synthetic opioids. One hit of heroin that’s been adulterated in this way can kill in minutes. This is not to mention the myriad of risks that injecting heroin is linked to, such as the risk of contracting hepatitis or HIV.

With the link between heroin and prescription pain medications becoming clearer, officials and experts are calling for major reform of opioid prescribing practices.2 By reducing and monitoring opioid prescriptions, there is an opportunity to make progress in handling the opioid abuse epidemic and reducing the numbers of people who transition from painkillers to heroin.

Understanding the Opioid Epidemic in the U.S. 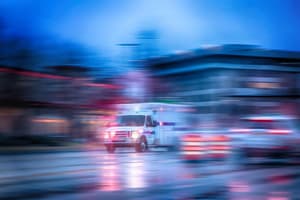 The opioid epidemic in the U.S. is complex and challenging to understand because it is always evolving—new threats and dangers arise regularly.

Overdose has always been a major hazard associated with heroin. From 2002 to 2010, the number of heroin overdose deaths remained stable, but in 2011, the numbers began to explode. According to NIDA, nearly 14,000 people died from heroin overdoses in 2015.7 This represents a more than 600% increase from 2002.

Just within the last few years, another progression of the opioid epidemic has occurred in the form of heroin contaminated and laced with harmful substances. Rather that receiving a standard amount of heroin cut with expected substances like sugars and starches, people are routinely getting synthetic opioids that are much stronger than heroin.4,8 The laced heroin and the promise of an extreme high will lure some, but many users won’t even know that they’re getting something other than “normal” heroin.

This potent and potentially deadly heroin is found everywhere across the country and may contain:8,9

An emerging and serious threat to heroin users is gray death, a potent mixture that can contain some combination of heroin, fentanyl, carfentanil, and Pink. Little is known about this drug, as the recipe, potency, and appearance changes depending on the batch and location. It is named for the concrete-like appearance and the ability to kill users quickly.

Nearly every aspect of heroin and the people that use heroin has changed since the 1960s. With each transformation, the drug is becoming increasingly deadly and affecting more people. At this point, there is no predicting the future of heroin in the U.S.

More resources about Heroin Crisis in the Suburbs Instead of the Streets:

How Long Does Heroin Stay in Your System?Street Names, Nicknames and Slang for HeroinFlorida Sues Pharmacies Over Opioid SalesFentanyl Seizures Around the U.S. Skyrocket First Injection Sites Will Open Their Doors This Summer

How Much Will The Opioid Settlements Help Opioid Victims?Free Treatment For Opioid AddictionFrom the OxyContin Frying Pan To The Fentanyl FireSpotlight on the Sackler’s Partial Surrender in the OxyContin WarsFentanyl: Time to Open Our Eyes to Today’s Biggest Driver of the Opioid Crisis (Part II)