Carfentanil is an extremely powerful opioid that has been found mixed in with heroin seized on the streets of the United States. Its potent effects may further fuel a person’s opioid addiction, making it even more difficult to stop—but that’s only if they don’t die first. Used as a large-animal tranquilizer, carfentanil is so strong that a tiny amount is enough to kill most people. The presence of carfentanil in the heroin supply greatly increases users’ risk of overdose. The opioid antagonist naloxone may reverse the effects of a carfentanil overdose if administered quickly enough, but the only guaranteed way to protect yourself is to quit using the drug for good. 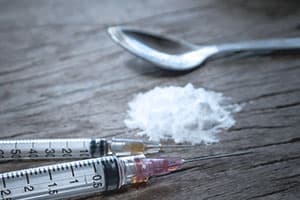 Carfentanil is a highly potent, synthetic opioid that is primarily used as an animal tranquilizer for elephants and other large mammals. It has no approved medical use in humans. Carfentanil is one of several synthetic analogues of the drug fentanyl, another powerful opioid that is used to manage pain in patients who have developed a tolerance to other, more commonly prescribed painkillers.

The Drug Enforcement Administration (DEA) has found both fentanyl and carfentanil mixed with heroin, presumably to increase its potency. This practice is risky for both drug dealers and buyers, who may not know exactly what’s in their heroin. Many underestimate the potency of these dangerous drugs. Fentanyl is 50 times more potent than heroin, and carfentanil is 100 times more potent than fentanyl, which puts carfentanil at roughly 10,000 times the potency of morphine.1

The National Institute on Drug Abuse (NIDA) issued an alert in 2016 warning the public that recent testing of heroin seized during drug arrests identified the presence of carfentanil in what drug dealers were selling as pure heroin.2 Unfortunately, it is difficult to know how often dealers are selling heroin mixed with carfentanil because many drug labs do not yet have the equipment to test specifically for this deadly substance.

The DEA has recorded corresponding increases in the number of overdose deaths in areas where the street supply of heroin was found to be mixed with carfentanil.1 Law enforcement officials warn that the substance is extremely deadly, so much so that police officers and other first responders must take caution to protect themselves against accidental exposure while doing their jobs.1

How Does It Work?

Opioids are a class of drug primarily prescribed to reduce pain, though they also have a high potential for abuse. Opioid drugs bind to and activate various opioid receptors throughout the central nervous system. They can diminish the body’s detection of pain signals, but they also activate portions of the brain that serve as “reward centers.” In doing so, for many people, their use is associated not only with pain relief, but with a rewarding, pleasurable sensation that contributes to their potential for eventual compulsive use. 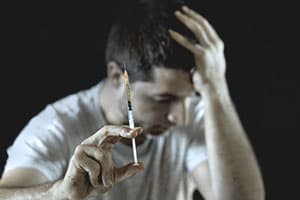 For many, prescription opioids are an invaluable source of short-term pain relief, such as that required after surgery or minor injury. With repeated use over time, however, opioids are likely to induce tolerance in users, meaning the person has to take the drug in larger quantities or with greater frequency in order to achieve the desired level of pain relief.

The phenomenon of tolerance, though it commonly appears in the context of prescribed use, may be even more pronounced in those who abuse illicit opioid drugs. The need to overcome this tolerance may be behind the appearance of super-potent opioids like fentanyl and carfentanil in the street supply of heroin. As users develop a tolerance to heroin, dealers introduce more potent batches to meet the demands of customers chasing a better high.

Even when used as directed by a doctor, opioids have several possible side effects that range from uncomfortable to potentially dangerous. These effects include:3

Prescription opioids are available in various formulations, including:

Heroin is also an opioid, though its unregulated dosage and its most common method of use (via injection rather than a pill taken orally) make it relatively faster-acting than many prescription opioid varieties, thus increasing its potential to cause tolerance, opioid dependence, and addiction.

Although both heroin and prescription opioids carry a high risk of overdose, heroin users are particularly vulnerable to this danger due to the uncertainty of potency from one batch to the next and the potential to receive a drug mixed with carfentanil or other potent fentanyl analogues rather than pure heroin.

About the Opioid Epidemic

The current opioid epidemic in the U.S. has been getting a great deal of attention from the media, government officials, and first responders. A 2016 national survey found that 11.8 million people over the age of 12 had either used heroin, misused a prescription opioid, or both in the past year, and more than 2 million people met the diagnostic criteria for an opioid use disorder.4

The switch to heroin exposes users to the risk of unknowingly ingesting highly potent—and potentially deadly—opioids like carfentanil.

The rate of heroin use in the U.S. doubled between 2005 and 2012 and has remained constant since 2014.3,4 Concurrently, the number of overdose deaths attributed to heroin increased more than 6-fold from just over 2,000 deaths in 2002 to nearly 13,000 in 2015, reflecting the increasing prevalence of use and, potentially, the increasing amount of fentanyl analogues being mixed into heroin.5

A person who obtains a supply of heroin from a street dealer is taking an enormous risk. A batch of heroin that is purer or more potent than the user is accustomed to can result in overdose. Add to this the potential for the heroin to be mixed with fentanyl, carfentanil, or other extremely potent substances, and the risk of overdose increases dramatically.

If you suspect that someone is overdosing, call 911 immediately.When someone takes too much of an opioid, suppression of the central nervous system occurs, especially in the respiratory system. The lack of oxygen and blood flow to the body and brain can be fatal if the user does not receive immediate medical attention.

Symptoms of opioid overdose include:6

If you suspect that someone is overdosing, call 911 immediately. An opioid overdose is a serious, life-threatening medical emergency.

There is an antidote to an opioid overdose called naloxone (brand name Narcan or Evzio) that can reverse the effects of the overdose. Naloxone is an opioid antagonist that displaces the opioid drug from the brain’s opioid receptors, causing a rapid reversal in the drug’s effects.

Many first responders now carry naloxone, and in some areas, it’s possible to obtain this life-saving drug over-the-counter from certain pharmacies or through community resource centers dedicated to preventing overdose deaths.

Anyone who experiences an overdose that requires naloxone should take this incident as a wake-up call to seek professional rehab treatment.To administer naloxone, follow the instructions on the packaging. Some forms come with audio instructions that will read the directions aloud as you administer the drug. Alternatively, if you have already called 911, have the dispatcher guide you through the process while you wait for emergency medical services to arrive.

If someone experiences a carfentanil-related overdose, it might take more than one dose of naloxone to revive them due to the extreme potency of the drug.

It is important for the patient to seek medical attention, even if naloxone effectively reverses the overdose. The reduced levels of blood and oxygen in the body during the period of overdose may have caused serious damage to the brain or other organs in the body. Additionally, if the person was opioid-dependent, the administration of naloxone could trigger withdrawal symptoms that may be difficult for them to manage on their own.

Naloxone is not a cure to opioid dependence or addiction. Anyone who experiences an overdose that requires naloxone should take this incident as a wake-up call to seek professional rehab treatment.

Long-term opioid abuse, whether of heroin, carfentanil, or prescription painkillers, can lead to some serious consequences that impact the user’s overall health and psychological well-being, including:7 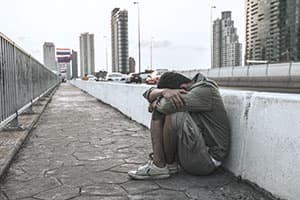 Heroin users and others who inject opioids intravenously are at increased risk of disease and other complications related to the sharing of needles and chronic needle use. These include:7

Illicit opioid use may be associated with legal entanglements, and the buying and selling of these drugs can place you in situations that could jeopardize your safety. Frequent opioid users may develop problems at work or school as they prioritize their opioid use over other areas of their lives. Increased family conflict is also common.7

As discussed earlier, opioids will often elicit a tolerance among regular users, who may then take the drug in higher doses or greater frequency, or switch to a more potent opioid in order to achieve the desired high. This not only puts the person at risk of using heroin that’s been laced with carfentanil, but it also puts opioid users at heightened risk of developing a substance use disorder or addiction.

Addiction is characterized by compulsive drug use, cravings, and drug-seeking behavior, despite the experience of negative consequences due to drug use. Some of the signs health professionals look for to diagnose opioid use disorder include:7 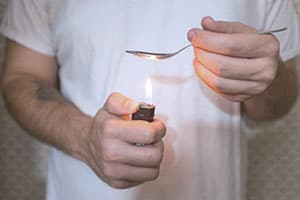 Opioid use is frequently accompanied by physiological dependence, a state in which the body has become accustomed to the presence of the drug and needs the drug in order to function normally. Dependence is marked by the arrival of withdrawal symptoms when the person tries to stop using the drug.

The cycle of tolerance and dependence, and a desire to avoid withdrawal symptoms, may push some users to compulsively seek out stronger prescriptions or carfentanil-laced heroin in search of a cheaper and more powerful high.

Withdrawal from opioids is unpleasant, though rarely dangerous. Still, it is not wise to try to withdraw from an opioid, especially one as potent as carfentanil, without medical oversight. Many opioid users relapse quickly without professional help, as they return to opioid use just to stop the withdrawal symptoms. 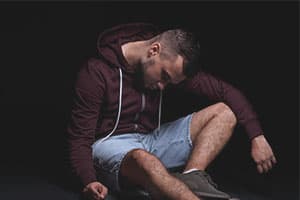 Opioid withdrawal symptoms can include:8

To manage these symptoms, many people choose to go to a professional detox and rehab facility where treatment specialists can provide medications to ease discomfort and employ evidence-based methods to address the root cause of addiction.

What Happens in Rehab?

Making the decision to go to rehab may seem scary, but rest assured that it is a supportive environment for treating those who struggle with substance abuse and addiction. Skilled professionals can guide you or your loved one through the process of withdrawal and treatment for opioid addiction. 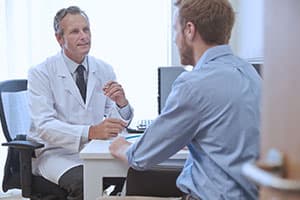 Many rehab programs start with a detox period. For opioids, this may consist of taking opioid-based addiction treatment medications in tapering doses to lessen the impact of withdrawal symptoms and give the patient a better chance of successfully completing the program.

After detox, rehab patients begin the real work of addiction treatment, which can take place in a variety or combination of settings:

No two rehab programs are the same, and the types of interventions vary depending on the drug of abuse and the patient’s specific needs. Some approaches to treating opioid addiction include:9

One of the most promising approaches to treating an addiction to opioids like carfentanil is medication-assisted therapy. There are numerous drugs approved by the FDA to help people stop abusing opioids. Among the most common include:10,11 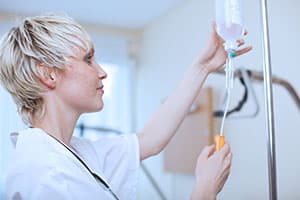 If you or a loved one suffers from addiction to carfentanil, heroin, or even prescription opioids, the situation is frightening and may appear hopeless. However, real help is out there. Treatment programs are available that help people like you or your loved one recover from opioid addiction and maintain lasting recovery. Don’t become another overdose statistic—get help today.

FentanylOpioidRehab Treatment
Want to get help, but not ready to talk?
Instead, sign up for text support to receive: