Inhalant Abuse: On the Rise, Hard to Treat, and Often Fatal

While the nation’s opioid addiction takes up the spotlight, there’s another deadly threat lurking in the shadows: inhalant abuse.

Here’s the problem with inhalant abuse – most of these potentially lethal products are perfectly legal to possess and readily available in every household. Inhalants can be found in kitchens, bathrooms, and garages. There are thousands of ordinary items which can be used a source of abuse, including:

The availability and innocuous nature of these products are just two of the reasons this trend is such a problem. Inhalants are also inexpensive, so there are few impediments to experimentation. Once considered to be a “teenage” problem, inhalant abuse has actually spread into all demographics. 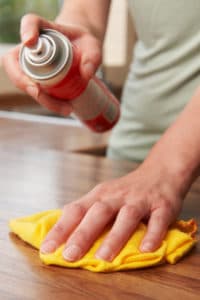 Often referred to as “huffing,” inhalants provide a high similar to alcohol and abuse involves sniffing the fumes from gasoline or compressed air from cans of duster. It can kill users the first time or quickly turn into a dangerous habit.

The buzz from huffing wears off quickly, lasting only seconds to a few minutes. This quick dissipation encourages repeated use and usage for extended periods of time.

Inhalants starve the human body of oxygen. And since the body needs oxygen to live, huffing is extremely dangerous. Persistently breathing in these dangerous chemicals can cause permanent damage to the brain, liver, and kidneys. It can also cause fatal heart arrhythmias. With each breath, the user is putting their life in jeopardy.

Regina Whitsett, who works with the Chesterfield, VA SAFE program, notes, “If you huff or sniff a product, it can cause you to go unconscious, and then you can go into cardiac arrest and actually die from it.”

Since inhalants offer a cheap high, people sometimes turn to them if they can’t get other drugs. For teens, on the other hand, it’s often a gateway into drug experimentation.

Years ago, teens were viewed as the primary users of inhalants. As recently as 2005, communities saw significant numbers of inhalant abuse among 8th graders. In the early 2000s, community youth surveys in Virginia revealed a majority of young people had tried huffing gases or glue. However, since the mid-2000s, adolescent abuse of inhalants seems to have declined. The Substance Abuse and Mental Health Services Administration reports that, by 2014, fewer than one percent of youth aged 12 to 17 were using inhalants to get high.

On the flip side of that data, it’s pretty clear that adults haven’t lost interest in huffing. The number of adults abusing inhalants has remained steady for the past ten years. In 2014, about 316,000 American adults were inhalant users.

That doesn’t mean this issue is no longer a problem among youth, however. As this viral video demonstrates, children around the world are abusing inhalants. If this boy’s words ring true for other children, many kids turn to inhalant “solutions” as a crutch to make it through the day. As with other drug addictions, the inhalant becomes more important than anything; it’s the sole focus of daily living. It steals all dreams for the future and puts the child at terrible health risk.

Why is This Addiction Hard to Treat? 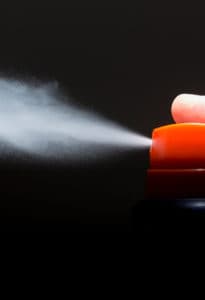 All substance abuse issues pose treatment challenges, but inhalant addiction is particularly hard to treat. It’s not uncommon for people to relapse as many as ten times while they try to break this deadly habit.

According to the National Inhalant Prevention Coalition (NIPC), most substance abuse programs “are not equipped to deal with the multiplicity, intensity and complexity of problems that the inhalant abuser presents.” Approaches used in typical alcohol and drug treatment programs simply don’t cut it. Often, inhalant abuse causes psychological problems and physical damage to the brain. Chronic users may need to be treated for a dual diagnosis of mental illness and chemical dependency, thanks to the negative effects of inhalants.

For proper treatment, the NIPC recommends starting with a medical examination to assess any damage to the central nervous system, kidneys, liver, and heart. They note the chemicals inhaled during huffing can be stored in fatty tissues for extended periods of time, so detox must be longer than usual, lasting up to several weeks rather than days.

The overall treatment time should be longer, as well. Treatment providers must keep in mind that inhalant users probably have decreased reasoning and resistance than other substance abusers, due to the chemicals’ effects on the brain and thought processes. Before proceeding with treatment, providers must assess the person’s current capabilities of understanding and functioning and once again after the drugs have completely left their system.

To say these overall after-effects can make recovery from inhalant abuse “challenging” is an understatement. As the practice of huffing persists, proper treatment must be applied which meets the unique needs of inhalant abusers and works to turn the tide on this dangerous trend.