In Case of Emergency: Facts About Alcohol Overdose 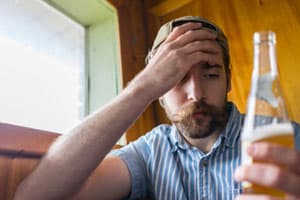 Although the majority of people who consume alcohol know their limits and at least attempt to drink responsibly, this is not true of everyone. In fact, research has found that drinkers under the age of 20 typically consume five drinks at one time, which meets the criteria for binge drinking.

Binge drinking is no joke. As a result of the booze, both blood alcohol content (BAC) and associated health dangers rapidly rise.

Binge drinking is the number one cause of alcohol poisoning, which contributes to the death of six people every day, according to data from the Centers for Disease Control and Prevention.

In most cases, alcohol poisoning occurs during binge drinking sessions and is experienced by non-alcohol dependent people.

The States of Intoxication

Although people are considered legally intoxicated in the U.S. once their BAC reaches 0.08, the National Institute on Alcohol Abuse and Alcoholism recognizes various levels of impairment. Those levels include:

When the blood alcohol content exceeds 0.31, you have a potentially fatal situation on your hands. 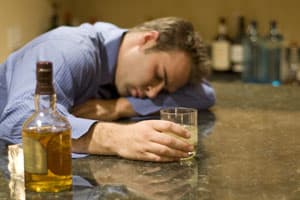 In addition to loss of consciousness, breathing patterns and resting heart rate can quickly become irregular or stop altogether. Hypoglycemia from low blood sugar levels are also seen, along with dehydration, seizures, permanent brain damage and even death.

Someone this intoxicated requires immediate medical attention. In addition to the various life-saving procedures addressed in the ER, round-the-clock medical supervision is required due to the high risk of vomiting; thousands of people die each year by choking on their own vomit while passed out. Even when rendered unconscious, the body’s blood alcohol levels can continue rising. Alcohol in the stomach and intestine are still entering the bloodstream and circulating throughout the body.

No Time to Delay

No matter the unique circumstances, if someone displays signs and symptoms of alcohol poisoning, take action immediately and call 911. Don’t wait around to see if the effects get worse.

In a situation like this, it’s important to remember that passing out as a result of binge drinking creates a high possibility of death. Every second truly does count.

Learn more about finding alcohol intervention services in your area.