In September, attorneys general from 35 states and the District of Columbia joined in a lawsuit against one drugmaker – Indivior – for violating antitrust laws by trying to extend its monopoly over Suboxone, a drug used to treat opioid addiction by reducing cravings.

The lawsuit, filed Sept. 23 in the U.S. District Court for the Eastern Division of Pennsylvania, accuses the company of conspiring to keep cheaper, generic versions of the drug off the market – a move that has resulted in consumers paying unnecessarily high prices for the medication.

Draining the Pockets of Desperate Patients

According to the lawsuit, Reckitt Benckiser Pharmaceuticals (now known as Indivior) first introduced Suboxone back in 2002 as a tablet. This patent lasted seven years, but before that period of exclusivity ended, Reckitt worked with MonoSol to create a new film version of Suboxone that is dissolved in the mouth. The suit alleges Reckitt turned the market for Suboxone away from the tablet to the film through deceptive advertising, marketing their new Suboxone strip as “safer than the original tablet form.”

Once the FDA approved the patented film version in August 2010 (and the majority of Suboxone prescriptions were being written for the film), Reckitt completely pulled the tablet form off of the U.S. market. These actions essentially drove up prices and deprived consumers and states of lower costs, especially since a generic alternative might otherwise have become available. 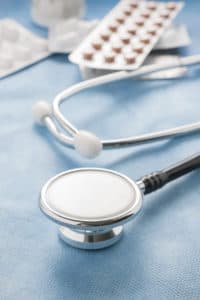 The attorneys general who are suing allege that the move was illegal “product hopping,” where a company makes a slight change to a product to prevent a generic alternative from entering into the marketplace. As such, the states are asking Indivior to pay back the billions of dollars in profits earned as a result of its alleged practices. They are also asking the court to stop the company from engaging in anticompetitive conduct, to restore competition and to order appropriate relief for consumers and the states.

In response to the allegations, Virginia-based Indivior recently responded to the civil complaint. According to its website, the company takes the allegations “seriously,” intends to defend against them and will “cooperate with government agencies in their investigations.”

Will This Suit Impact Your Wallet?

The price of Suboxone varies greatly around the country, with some areas paying up to double the national average.

Generally speaking, patients who don’t have health insurance can expect to pay around $500 per month for buprenorphine treatment, which includes the cost of the medication plus the cost of doctor’s visits. (These estimates are based on an average dose of 16mg/day ($12 x 30 days = $360) plus $100-$200 fee for office-visits.)

Since it’s currently unknown whether a successful lawsuit would affect Suboxone prices, only time will tell if these states’ actions will bring about some real change. In the meantime, we can only hope that more options are made available to those struggling with opioid addiction; it’d be nice to afford the fighting chance we all inherently deserve.