First responders—emergency response professionals such as police officers, firefighters, emergency medical technicians (EMTs), and paramedics—perform many hazardous duties every day and face trauma and life-threatening situations much more frequently than most people in our society.

Being exposed to so much trauma over and over may lead to the development of mental health and substance use disorders (SUDs). As this group of people are often heroes who do the helping, they may feel that they don’t need help themselves. However, getting help is often the thing that first responders need to do.

This article can help you learn more about the challenges faced by first responders, as well as treatment options that are available to them, including programs that are specially tailored for first responders.

Police officers face many challenges, and this manifests in many types of behavioral health issues, with around 125–300 police officers committing suicide in the U.S. each year.1 The constant exposure to hazards and violence and the long hours contribute to stressors that impact police officers.1 Around 75% of police officers report experiencing at least 1 traumatic event in their careers.1 Other studies indicate that anywhere from 7% to 32% of police officers develop post-traumatic stress disorder (PTSD).2

There is concern that police officers have higher rates of PTSD but that they underreport PTSD for fear of being found unfit for duty if they report mental illness symptoms.2 There are significant numbers of police officers who report symptoms of depression, particularly after major events, such as 9/11, with around 25% of police reporting depression.1 And almost half of those surveyed reported both anxiety and depression.1 Around 1/4 of all police officers report experiencing suicidal ideations.1

Alcohol use also increases after traumatic events. For example, during Hurricane Katrina, in which police officers involved with this event reported increasing the average number of drinks consumed in a day from 2 to 7.1

Firefighters have an increased risk of mental health issues from their job, partly due to shift work, sleep disturbances, physical pain from injuries, repeatedly experiencing traumatic events, or having close calls.3 Firefighters have a greater risk of depression, PTSD, anxiety, burnout, substance use disorders, and suicidal thoughts than the average person.3 Firefighters are often reluctant to ask for help, as they perceive themselves to be the ones who provide help, and there is stigma around admitting to mental health issues.3

There are statistics that indicate that firefighters complete suicide at 3 times the rate of civilians.3 Female firefighters are at even greater risk of mental health issues than are men.3

With the statistics showing a great risk of mental health and SUDs in first responders, specialized programs have been developed to help address the special needs of first responders in getting help.

Of course, no 2 programs are exactly alike, but the facility should have individualized treatment that is more specific to the needs of first responders.

When a person experiences trauma, which is described as an event that is an uncontrollable, sudden, and unexpected event that impacts a person emotionally, cognitively, and physically, this can lead to a mental health disorder.5 Trauma-informed care refers to treatment that is focused not so much on “what is wrong with you,” but rather, “what happened to you?”6

Some examples of incorporating trauma-informed care include training non-clinical staff, such as front desk personnel, to learn to speak to people in a way that is engaging and makes people feel safer.6 Other trauma-informed care principles include engaging patients in collaborative efforts, such as having patients’ input on policies to help them feel empowered.6 Other examples include training staff to screen for and recognize trauma, as well as training them in trauma therapy interventions that specifically treat trauma.6

As many first responders may have PTSD as well as substance use disorders, screening for the condition and treating it is important. There are many ways to help first responders with trauma and SUDs through PTSD rehab and addiction rehab, preferably occurring simultaneously. Co-occurring mental health disorders, including PTSD and SUD, are common for first responders, and receiving treatment for both at the same time makes it more likely that individuals will be more successful in their recovery journey.1

There are support groups specifically for first responders that offer peer support from people who have been through similar experiences. Peer support is helpful as it can be easier to relate to those with similar lived experiences. The National Alliance on Mental Illness offers peer support services for firefighters, EMTs, and law enforcement officers.7

There are treatment programs designed to treat co-occurring disorders. And research has shown an integrated approach to treatment—where both disorders are treated simultaneously—is consistently superior to treatment that addresses only 1 issue at a time.1

There are several types of therapeutic interventions that are helpful for treating trauma and SUDs. Regardless of the approach, the stigma and shame associated with seeking help are strong, and the act of just talking about these traumatic experiences with a skilled professional is of benefit.2 However, certain approaches to treating trauma in first responders have proven to be effective, such as:2

For many people, including first responders, the idea of attending a 24/7 rehab program is daunting, especially since that would require taking a leave of absence from work. In some cases, it may be possible to attend outpatient treatment, which can meet for a few hours a week up to 20 hours a week.12 Some people may be able to coordinate their work responsibilities around their treatment schedule while attending PTSD rehab.

Effectiveness of Rehab for First Responders

Finding studies specific to first responders that looked at treating PTSD and substance use disorders is difficult.2 But treatment for PTSD, in general, is effective in many cases, such as when EMDR is implemented.2

It is okay to ask for help. Stigma and reluctance to seek care are real issues for many first responders. However, treatment can positively impact your personal life and help you perform better at your job. That, in turn, can enable you to be more helpful to others. As the saying goes, “you can’t pour from an empty cup,” and you must take care of yourself before you can take care of others.

Many treatment options are available, both inpatient and outpatient, to help you with trauma, PTSD, anxiety, depression, and substance use. As noted earlier, you may be able to go to an outpatient program where you can work while getting help. Call today to discuss your treatment options. 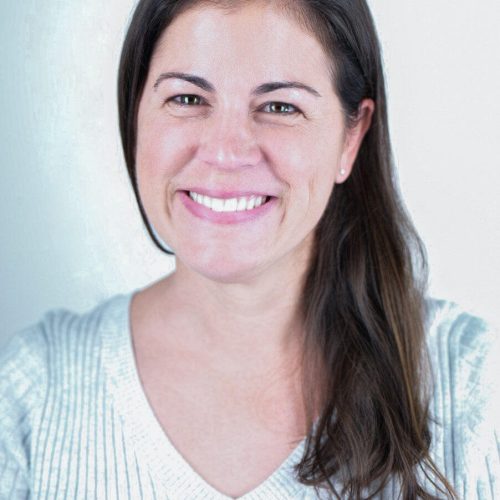