Where to Find Spice Addiction Support and Treatment Programs

Reviewed by: Scot Thomas, MD
Written by: Melissa Mills
Last updated on May 16, 2022

Synthetic cannabinoids (sometimes referred to as “fake weed” or sold under “brand” names like “Spice” or “K2”) are a group of chemically similar, mind-altering substances marketed as marijuana alternatives. The primary psychoactive components of these drugs molecularly resemble those found in marijuana; however, the comparison to marijuana can falsely lead people to believe the intoxicating effects will be the same when, in fact, they are much more unpredictable and dangerous.2

Synthetic weed may be viewed as a safe drug because of marketing that identifies it as “natural,” when, in reality, it is anything but safe or natural.3 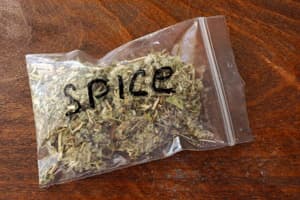 Spice is a popular brand name for synthetic marijuana, chemicals that are either sprayed on dried plant leaves that resemble potpourri (to be smoked) or sold in liquid form (to be vaporized and smoked via an electronic cigarette).2 Less commonly, sprayed plant leaves are mixed with marijuana or brewed as a tea.2

Unlike marijuana, these products have no medical use, and the U.S. has recently made it illegal to sell, buy, or own some of the chemicals used in making them. However, manufacturers will consistently alter their chemical formulations to skirt legal restrictions and get the product back on the market.2 While in the past, the most common brand names in the U.S. were Spice and K2, there are now hundreds other names/brands it is sold under, including:2,4,5

It is extremely difficult for buyers to know exactly what chemicals are in these products or how their bodies will react to them. These products are usually sold in metal-foil sachets, containing resin, dried flowers, or leaves soaked in the illegal chemical and can be purchased with relative ease on the internet.5 Packages of synthetic weed are typically labeled ‘not for human consumption’ or ‘for aromatherapy only’.5 The label may also state that the product is purely herbal or contains only plant ingredients and may list only plants that don’t have any mind-altering effects.5 Packaging can be difficult to identify as a drug by non-users, due to its brightly colored images, attractive scents, and intentionally misleading labels.5

It is extremely difficult for buyers to know exactly what chemicals are in these products or how their bodies will react to them.

Effects of Spice vs. Marijuana

Users may think products like Spice are safe since they are labeled as an alternative to marijuana and presented as “natural.” The fact is, synthetic weed may affect the body in a much more pronounced way (both in the desired high and in the frightening negative consequences) than marijuana.5 Moreover, because the chemical formulations change regularly, the user can’t foresee the exact effects they will endure.2

Using Spice or any other synthetic marijuana is always risky and may lead to a host of effects that diverge from those commonly associated with use of natural marijuana.2 While intoxicated, users might experience:2,5-7

While the intoxicating effects of marijuana are well understood, those of fake weed can be wildly unpredictable. In some cases, taking Spice can even be deadly.4

Is It Possible to Overdose?

Overdose is a serious possible consequence of synthetic weed use.6 Users may experience side effects severe enough that they require emergent medical treatment. In 2010, 11,406 emergency room visits were the result of synthetic marijuana use, with 75% of these visits involving adolescents and young adults between the ages of 12 and 29.3

As a person uses more of this drug, they may notice that the normal dose does not provide the desired effect anymore. This is an indication of a growing tolerance. To combat this problem, they may increase the amount and frequency of use to get the high they’re seeking, which in turn, increases the risk of overdose. 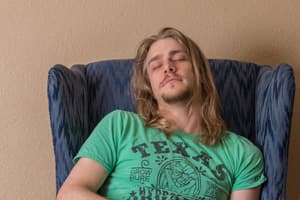 Chronic use of these drugs, as well as overdose, may be associated with:6

Most effects of synthetic weed products begin in just a matter of minutes and last up to 6 hours.7 Rarely, psychotic symptoms can persist for weeks to months.7 One report discusses a case-series that looked at 10 patients who suffered first-time psychotic episodes after ingesting synthetic cannabinoids. It found that 7 patients’ symptoms resolved after 5-8 days, while the other 3 suffered symptoms lasting more than 5 months. While individuals with underlying mental health conditions may be more at-risk for psychotic episodes, it seems that even individuals with no history of mental illness are also at risk.

The severe and potentially long-lasting effects of synthetic weed can include:7
Psychotic symptoms can persist for weeks to months.

So much is unknown about Spice’s long-term effects on the body because its use is a relatively recent phenomenon; however, one concern is that it can be toxic to the body and brain because of the possible inclusion of certain heavy metal residues in the formulations,4 which could be linked to the development of numerous diseases.

Can You Get Addicted to It?

Yes, synthetic marijuana products can be addictive.2 With increased use, a person can become dependent on the drug, needing it simply to feel good enough to function. Dependence is separate from but closely tied to addiction, which is the compulsive use of a drug that continues even as it causes harm to the user’s life.

Cravings for Spice, the promise of the high that is increasingly difficult to get due to a building tolerance, and the avoidance of withdrawal can keep people using even past the point that it is no longer fun.

A dependent person who tries to quit may experience symptoms of withdrawal that could include: 2,5

Symptoms of withdrawal appear to be somewhat similar to but more intense than typical cannabis withdrawal, which usually begins approximately 24 hours after the last use and peaks at about 2-3 days after cessation.5

Getting Help for Spice Addiction

While there is no specifically designed and tested treatment for synthetic marijuana addiction, standard substance abuse addiction treatment interventions may be helpful. 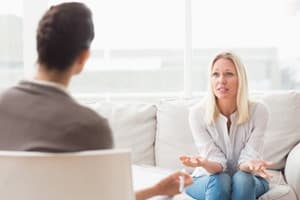 The main goal of early treatment is to manage acute withdrawal symptoms.7 This may include the administration of medications to treat anxiety, agitation, and seizures.7 Getting help in a medical detox program where your symptoms can be closely watched and addressed by professionals can help to keep you safe and lower your risk of relapse.

Long-term treatment should focus on understanding the reason behind the abuse of the drug and how to avoid future use. Options for treatment after the detox period include:

Seeking treatment for yourself or a loved one who is struggling with synthetic marijuana abuse or addiction may be necessary. Spice and other synthetic weed products are addictive and dangerous. You don’t have to go through this alone. If you’re ready to get help, you can choose from numerous options that can get you started on your personal journey of recovery.

More resources about Where to Find Spice Addiction Support and Treatment Programs:

AddictionSynthetic Marijuana
Want to get help, but not ready to talk?
Instead, sign up for text support to receive: