Ritalin is a prescription stimulant drug that is sometimes abused by students or anyone looking to stay awake, study, or improve performance on tests. Signs of Ritalin abuse include feeling an urge to use it to complete everyday tasks, taking increasingly higher doses to achieve the “high,” and going through withdrawal when use is reduced or stopped.

In the short term, Ritalin can cause reduced appetite, alertness, euphoria, and increased heart rate. Over time, regular abuse of the drug can lead to heart problems, paranoia, and insomnia.1 Contrary to popular belief, there is no evidence that Ritalin improves academic or professional performance in people who do not have ADHD.

What Is Ritalin (Methylphenidate)? 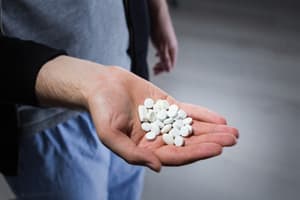 Ritalin is a brand name for methylphenidate, a central nervous system stimulant medication prescribed to treat attention-deficit hyperactivity disorder, as well as narcolepsy.1  People who have ADHD have a harder time concentrating, sitting still, and controlling their behavior than their peers.6 Ritalin helps improve their attention and lower their impulsiveness and hyperactivity.2

Ritalin is prescribed in water-soluble tablets that can be white, pale green, or pale yellow.1 Stimulants like Ritalin boost attention, alertness, and energy. They also increase blood pressure, heart rate, and respiratory rate.1,3  In the past, doctors prescribed stimulants to treat many conditions, such as obesity, asthma, and neurological disorders. But over time, it became clear that they had a potential for abuse and addiction. They are now only used to treat a small number of conditions, including ADHD.3

Ritalin on the Street

Street names for Ritalin include:4

Ritalin, along with drugs like Adderall, is often called a “smart drug” or “study drug,” distinctions bestowed on this type of medication for its ability to help people stay awake or increase their energy, for example to study for a test.

Between 1991 and 1999, sales of Ritalin in the U.S. saw a 500% increase.1 Along with this rise in prescriptions came an increase in diversion and abuse of Ritalin. According to the 2015 National Survey on Drug Use and Health:5

Can I Get Addicted?

Ritalin increases the activity of a chemical in the brain called dopamine, which can affect pleasure, movement, and attention. When the drug is taken as prescribed, it elicits a slow and steady increase in active dopamine that approximates that seen with normal brain functioning.7 Used this way, the drug is therapeutic and helps people with ADHD focus their attention so they can sit still and complete schoolwork or assignments on the job.

However, when someone takes the drug without any medical reason and/or takes the drug in a way that it is not prescribed—such as crushing the pills and snorting them—the drug can cause a sharp spike in dopamine that brings feelings of euphoria.7  In fact, some people report that injecting the drug feels like using cocaine.8 Abuse of Ritalin in any form can lead to addiction.

Abuse of Ritalin in any form can lead to addiction.Ritalin abuse can also lead to the development of significant physiological dependence.2 Essentially, a dependent person’s system grows to expect a certain amount of the drug to be present. When the person stops using Ritalin or takes a lower dose than they usually do, the brain and body are thrown off balance and must adjust to the lack of the drug. This adjustment period typically brings about several unpleasant withdrawal symptoms, which may include extreme fatigue and severe emotional distress or depression.1

Dependence usually develops alongside tolerance, where the person’s system adapts to the drug and they must take increasingly higher doses to achieve the desired effect.

Though it is often tied closely to tolerance and dependence, addiction is a separate phenomenon characterized by a compulsive desire to obtain and use a drug. Someone addicted to Ritalin will continue to seek it out compulsively regardless of the drug’s known harm to their health, their relationships, or any other aspect of their life.

Ritalin and Future Drug Abuse: Is There a Connection?

Some believe that prescribing stimulants to children and adolescents can increase their odds of using other drugs later in life. However, studies have not found any evidence that this is the case.7

Does Ritalin Make You Smarter?

Because Ritalin increases focus and concentration, many people who do not have ADHD think they can use it to improve academic or work performance. For example, students may attempt to use it to study better, perform better on tests, and improve their grades.7,9

A 2017 survey found that about 29% of students at 9 colleges believed that prescription stimulant drugs such as Ritalin could help them boost their academic performance, and 38% of those surveyed said they weren’t sure. Over 11% had used these drugs for non-medical reasons in the past 6 months.10

Ritalin has side effects similar to those seen with other stimulant drugs and which may grow in number and intensity as dosing is increased. These include:1,2 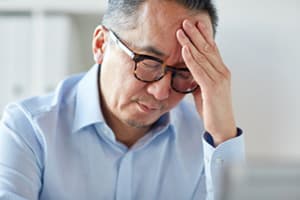 Other less common but serious side effects include:2

People who abuse Ritalin may develop certain signs and symptoms in addition to these side effects. They may:11

Over time, someone who abuses Ritalin will likely start to see effects on their health and well-being:

It is possible to overdose on Ritalin. Symptoms of an overdose include:6 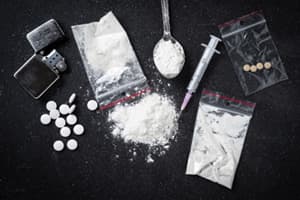 Individuals with heart problems or defects may be at increased risk of death from Ritalin abuse, and the drug can cause heart attacks.4,6

Mixing prescription stimulants with alcohol can mask the effects of alcohol and make it harder for someone to know how intoxicated they are. They may continue to drink, increasing their risk of alcohol poisoning. The combination of prescription stimulants and alcohol can also cause muscle twitches, headaches, arrhythmias, dizziness, and vomiting.14

If you believe you or someone you know has overdosed on Ritalin, call 911 immediately.

No specific antidote exists to treat a stimulant overdose. However, medical professionals in an emergency room may manage the overdose by:15

What to Expect in Treatment

Many people who develop an addiction to Ritalin or other stimulants have a hard time quitting on their own. They may come to rely on the drugs to complete their work or continue to take them to avoid withdrawal. Treatment programs, which come in a variety of forms to suit people’s needs, can help users overcome their addiction and recover from drug abuse.

Heavy, long-term users may require detoxification to help manage withdrawal symptoms. Although withdrawal from stimulants is rarely associated with serious medical complications, users may develop some degree of anxiety, paranoia, insomnia (or hypersomnia), dysphoria (negative outlook/dissatisfaction with life), or depression. The emotional turmoil of withdrawal may be accompanied by an increased suicide risk, so having professional support during detox can be an important protective factor against serious self-harm.16 A formal detox period can take place in a free-standing detox clinic, at the start of an inpatient rehab program, or as part of an outpatient substance abuse treatment program.

After detox, users are advised to enter some form of rehabilitation program. Detox helps the person deal with the physical effects of addiction and dependence, but it doesn’t help the person to fully address their thoughts, feelings, and associated behaviors of addiction. These are what drive the addiction, and the person must develop coping skills and new behaviors to avoid relapse.

Types of recovery programs available include:17

Treatment for addiction to stimulants such as Ritalin often includes the use of behavioral therapies. Depending on the program, therapies can include: 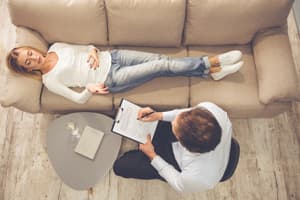 Recovery support groups use the support and camaraderie of peers to help people establish and maintain their sobriety. Many are 12-step programs, such as Alcoholics Anonymous and Narcotics Anonymous. Pills Anonymous is a 12-step program for people with addictions to prescription drugs. These programs offer an established program of recovery that people complete with the help of a sponsor.

Non-12-step programs such as SMART Recovery and Secular Organizations for Sobriety are an alternative form of support group that forego some of the spiritual aspects of 12-step programs. They use evidence-based treatment approaches and promote self-reliance.

It can be hard to admit that you or someone you love has an addiction. After all, many people believe that prescription drugs are safer than street drugs because they’re prescribed by a doctor. However, these drugs can be dangerous and addictive when not carefully used as prescribed.

Substance abuse tends to get worse the longer it goes untreated. If you think you or someone you know needs help, don’t wait. Begin to explore your treatment options today.

AddictionStudy Drugs
Want to get help, but not ready to talk?
Instead, sign up for text support to receive: