Substance abuse has long been a significant health concern in the U.S., with high rates of abuse of drugs like heroin and cocaine. But drug abuse is not isolated to illicit substances.

About 6.4 million people are currently engaging in nonmedical use of prescription medications, which makes these drugs the most frequently abused substances after marijuana.1

What is Prescription Drugs?

Prescription drugs may seem like a safer option, but they can be extremely dangerous, addictive, and even deadly when misused. To learn about specific drugs, their effects, consequences of use, and how to find help for addiction, click on a drug below: 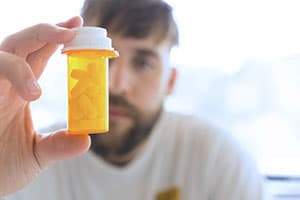 When used properly, prescription drugs can be safe and effective options to treat a number of medical needs. When abused, however, certain prescription medications have the potential to be very dangerous.

The risks associated with prescription drugs increase when a medication is misused by:2

The 3 most commonly abused types of prescription drugs are:1,2,3

Several adverse consequences may arise from misusing prescription medications like those listed above, including:2,3

Myth: If a Doctor Prescribed It, I Can’t Get Addicted

The idea that a prescription drug isn’t dangerous or addictive because it is legal and came from a medical professional is simply wrong.

When asked to think of an “addict,” many people picture an individual using illegal drugs like crack or heroin and living on the street, but in reality, there is an epidemic of prescription drug addiction in the U.S., and many people have become addicted to drugs they were given for a medical need.

In some cases, due to their pharmacological purity and potency, prescription drugs can be even more addictive than illegal drugs. There is also a risk that prescription drug users will move on to illegal drugs (e.g., an oxycodone user might begin taking heroin because of cost and availability). The bottom line is: the idea that a prescription drug isn’t dangerous or addictive because it is legal and came from a medical professional is simply wrong.

Addiction and physical dependence are serious issues, but they are manageable, especially with a professional, comprehensive treatment approach.4 Depending on your needs and how much support you have, a wide variety of effective substance abuse treatment options are available that can help you to:4,5 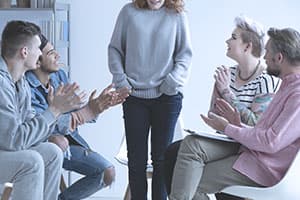 Substance abuse treatment is conducted as either inpatient/residential or outpatient programs. The various options differ based on therapeutic intensity, treatment location or setting, and program duration and may include some combination of the following elements:4,5

Each treatment plan will be unique to the individual.4 To learn more about treatment recommendations to manage addiction and dependence for a specific drug, click on any of drugs listed above.

A professional counselor, Eric Patterson has been helping children, adolescents, and adults reach their goals and improve their well-being for over 10 years.

Eric has also worked as a collaborating investigator for the field trials of the DSM-5 and he also completed an agreement to provide mental health treatment to underserved communities with the National Health Service Corp.