Dexedrine, also known by its generic name dextroamphetamine, is a Schedule II drug used to treat ADHD and narcolepsy. Chronic misuse of the drug can lead to addiction. Common side effects of Dexedrine include heart problems such as stroke and heart attack. Signs of overdose include nausea, seizures, and stroke. 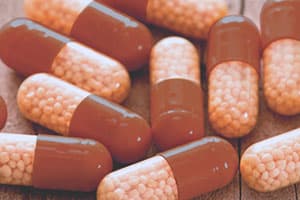 ADHD is commonly treated with medication in both pediatric and adult populations.2 Besides Dexedrine, other popularly prescribed ADHD treatment medications include the dextroamphetamine formulation Adderall, as well as two methylphenidate drugs, Ritalin and Concerta.3 While these medications are effective in managing attention deficit disorders and narcolepsy, they all have the potential to be abused and can be addictive when they are. In fact, Dexedrine is in the same schedule of controlled substances (Schedule II) as methamphetamine,3 indicating its high abuse liability.

Common street names for amphetamine drugs such as Dexedrine include:4

Dexedrine is in the same schedule of controlled substances (Schedule II) as methamphetamine, indicating its high abuse liability.

Stimulants like Dexedrine are widely used and abused in the United States. Roughly 17.2 million Americans report using stimulants, representing 6.4% of the population.5 Other statistics on the prevalence of amphetamine use include the following:

Short-Term Effects on the Brain and Body

Many who use Dexedrine experience a notable increase in energy and alertness. Using Dexedrine can boost a person’s attention, wakefulness, and in high enough doses, can produce feelings of euphoria.

People who abuse Dexedrine for its euphoric effects may crush the pills and snort the drug, or they may mix the crushed-up pills with water and inject the solution.9 Both of these forms of administration can be even more dangerous to the individual than misuse via oral routes.

Apart from the well-known risks of injection use, such as contracting bloodborne diseases and localized tissue inflammation, infection, and/or abscess formation, additional complications can arise when pills are crushed and injected. Some parts of the pill may be insoluble, and this can lead to widespread vascular inflammation, blood vessel blockage, or collapse,9 which in turn may be associated with more health problems, such as lung and vision damage.

Stimulant medications are linked to a range of short-term side effects, including an increase in blood pressure and heart rate. If you have underlying medical conditions such as hypertension, heart failure, or heart arrhythmia, these changes can be quite serious.10 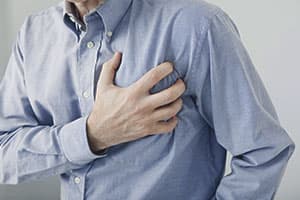 Heart-related problems from Dexedrine use can include:10

In addition to cardiovascular risks, stimulants can worsen underlying mental health conditions such as bipolar disorder.10 Other possible side effects from Dexedrine use include:10

Many people who misuse stimulants report getting the drug from a friend or family member as opposed to a medical professional. It’s important to keep in mind that abusing prescription drugs can be just as risky to your health as using illegal drugs like meth or heroin. If you’re taking more Dexedrine than directed or in ways other than directed, taking someone else’s prescription, or taking it solely for the purpose of getting high, you are abusing the drug. It doesn’t matter if you have a prescription—you can still be abusing Dexedrine and you can still get addicted.

Chronic use of dextroamphetamine can lead to tolerance development. After using Dexedrine repeatedly, your body may develop a tolerance to the drug. Once you have developed a tolerance, you will need more and more of the drug over time in order to feel the same effects. A tolerance to stimulants can develop quickly.11 With repeated use, and especially with ever-increasing doses, you may at some point become physically dependent on Dexedrine, requiring the drug just to feel normal and make it through the day.

Addiction is a separate phenomenon but one that is closely tied to dependence as well as tolerance. Addiction is the continuous use of Dexedrine despite its apparent harm or the knowledge of its potential for such harm. Someone addicted to Dexedrine may display behavioral changes like:

More specifically, the following are specific signs of a stimulant use disorder, according to the Diagnostic and Statistical Manual of Mental Disorders (DSM-V):15

Developing an addiction to stimulants is a very real concern, which is why Dexedrine and similar prescription drugs like Adderall are DEA-controlled substances. Stimulant abuse can lead to malnutrition and other long-lasting health consequences.12 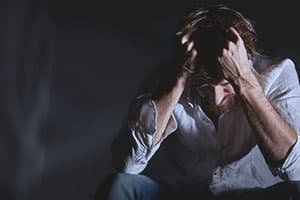 Psychological and behavioral signs of chronic stimulant abuse may include:11,14

Does Dexedrine Help You Study?

Dexedrine is prescribed to help people with ADHD focus. Because the drug contains an amphetamine, it is often abused for its stimulant effects. There is a recent trend of teens and young adults illicitly using prescription stimulants to enhance their performance on tests, studying, and work. However, no studies have found that these medications enhance learning or studying abilities among people who do not have ADHD. The drugs do increase a person’s ability to stay awake, but research has shown that high school and college students who abuse prescription stimulants have lower GPAs than students who do not abuse the drugs.9

No studies have found that these medications enhance learning or studying abilities among people who do not have ADHD.

A meta-analysis estimated that 17% of college students misuse stimulants. These students commonly get drugs like Dexedrine from a friend who has a prescription. While many individuals report abusing stimulants for academic reasons, some students report taking stimulants in order to drink alcohol for a longer period of time. This can be extremely dangerous, as simultaneous use of Dexedrine and alcohol increases the risk of dangerously heavy drinking and negative alcohol-related outcomes like blacking out, alcohol poisoning, driving while drunk, and having unprotected sex.6

Can You Overdose on Dexedrine?

According to the FDA, it is possible to overdose on Dexedrine, with doses as low as 2mg. Signs and symptoms of a Dexedrine overdose include:10

If you or someone you are near is overdosing after using Dexedrine or a combination of Dexedrine and other drugs or alcohol, call 911 immediately. Taking immediate action by calling for help can help save a life.

Stopping or reducing your intake of stimulants may result in the onset of a series of symptoms, which is known as the withdrawal syndrome. Withdrawal can develop within a few hours to a several days after stopping your stimulant use. It is characterized by symptoms such as:15

During withdrawal, you may experience intense feelings of depression. Perhaps the most immediately dangerous associated symptom is suicidal ideation or behavior. If you are experiencing suicidal thoughts, you can call the National Suicide Prevention Lifeline at 1-800-273-8255 for free, confidential support 24/7. 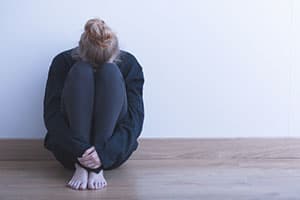 To get you safely through this period, you can detox in either a medically supervised or social model detox program:

The first step to starting a sober, healthy lifestyle is by entering a treatment program. There are several program types that you can choose to enter, depending on the severity of your addiction, your budget, and other factors.

If you have used Dexedrine for a long period of time, you will likely begin your treatment journey in an inpatient setting. 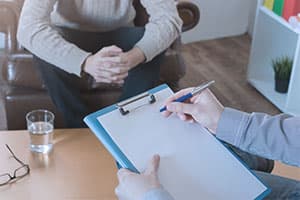 Take Back Your Life

Addiction is a chronic condition that is characterized by a compulsion to continue using substances, despite their harmful medical and social consequences. Recovering from addiction can be a lifelong process, and relapse is common. But, there are many effective ways to treat addiction and stay sober in the long run. If you or someone you love is struggling with substance abuse, there are ways to get help. Reach out now.