Is Demerol an Opioid and Can I Get Addiction Treatment or It?

Demerol is a synthetic opioid drug once widely used in medical settings for the treatment of moderate to severe pain. Though previously common in the U.S., Demerol use has significantly declined because it imparts a significant seizure risk as the drug is metabolized. Though Demerol is less commonly available than many other prescription opioids on the market (and harder to obtain illicitly), it is still used in some cases and therefore does pose a risk of abuse and dependency. Someone seeking to use Demerol recreationally may turn to other prescription opioids or even heroin as a more readily available alternative, exposing them to the risk of addiction or death from overdose. Rehab treatment is available to help those who abuse Demerol or other opioids, and is an effective way to break the cycle of dependence and addiction. 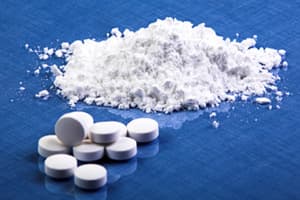 Demerol is the brand name for meperidine hydrochloride, an opioid painkiller used in surgical and other medical procedures for the relief of acute pain. It is a Schedule II controlled substance, meaning it has a high potential for abuse and may cause severe psychological or physical dependence.

In medical settings, Demerol is administered via injection or orally. Recreational users may crush up Demerol tablets to be snorted, chewed, or dissolved for injection. In bypassing the intended, controlled route of delivery, these methods of use may more easily result in overdose or death.1

Because of some potential drug interaction issues and other health concerns associated with Demerol, other opioids like morphine, oxycodone, or hydrocodone are more widely administered by medical professionals. These drugs are also Schedule II substances, with a high potential for abuse and development of an opioid use disorder.

Demerol is a painkiller, but also provides the user a pleasurable sense of sedation and euphoria. It also poses a number of physical and psychological risks, including death from overdose.

Side effects of Demerol use include:1

Like other opioid painkillers, Demerol reduces the intensity of pain by acting on opioid receptors in the brain and spinal cord. The activation of certain opioid receptors additionally influences the brain’s reward center, which is why opioid drugs are associated with a pleasurable, rewarding sensation for many people that contributes to their potential for misuse and abuse.

Even with a doctor’s supervision, opioid use can lead to tolerance, dependence, and the development of addiction. The person may experience a strong desire to use the drug despite negative consequences, or they may give a higher priority to using the drug than to other obligations and activities. Compulsive drug-seeking behaviors, such as doctor-shopping or falsifying prescriptions to obtain the drug are warning signs that addiction treatment is needed.1

Even with a doctor’s supervision, opioid use can lead to tolerance, dependence, and the development of addiction.

The number of opioid pain relievers prescribed by doctors in the U.S. has increased dramatically over the last 25 years. The total number of prescriptions for opioid pain relievers has increased from about 76 million in the early 1990s to over 200 million in 2013.2 Though Demerol is not as widely prescribed as some other opioids, current prescribing practices mean that other opioid options are readily available. 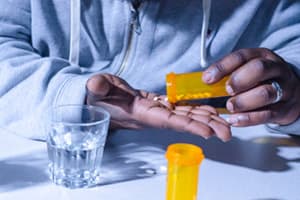 This rise in prescriptions corresponds with a rise in misuse, abuse, and other negative opioid-related consequences. Worldwide, it is estimated that as many as 36 million people misuse opioids.2 At home in the U.S., 2012 data showed that approximately 2.1 million people suffered from substance use disorders related to prescription opioids.2 This widespread abuse has caused the number of opioid overdose deaths to more than quadruple since the late 1990s.2

Although they are legally prescribed for pain, opioids are often diverted for illicit or street use. One way that these drugs are diverted is through doctor shopping, which is when patients seek prescriptions from multiple doctors without revealing to the providers that they are already receiving pain medication.3

Diversion of opioids has fueled a public health crisis in the U.S. and played a role in the increasing numbers of deaths from drug overdoses. Evidence suggests that abusers of prescription opioids sometimes turn to heroin because it is cheaper and easier to obtain than prescriptions. In the U.S., the number of people who report having used heroin in the past year has nearly doubled from 2005 to 2012.2

Switching from prescription opioids to heroin exposes users to a number of additional health risks, such as:2,4

Like all opioids, overdose on Demerol is potentially fatal. Symptoms of opioid overdose include:1

Prompt medical treatment is needed in response to an opioid overdose. Emergency personnel may administer the antidote naloxone (commonly known by the brand name Narcan) to reverse the effects of overdose and prevent death.

If you suspect that someone has overdosed on drugs, contact 911 immediately.

Prolonged use of opioids may lead to tolerance and dependence on the drug, which in turn can lead to the development of an opioid use disorder.

Tolerance means the user needs increasingly larger or more frequent doses of the drug to achieve the desired effects. Dependence is when the body becomes so accustomed to the presence of the drug that the person will experience physical and psychological withdrawal symptoms if they abruptly stop using the drug or attempt to decrease their dosage.

Medical detox can help people avoid immediate relapse and usher them into the next stage of recovery.

Though not deadly, opioid withdrawal symptoms can be markedly unpleasant and prolonged, lasting several weeks or even months depending on the specific drug used and severity of abuse. Professional treatment programs can help users safely and successfully detox from opioids. There are a number of medications approved to ease the severity of withdrawal symptoms and allow users to slowly taper off of opioids rather than quitting cold turkey.6 In making the withdrawal process more tolerable, medical detox can help people avoid immediate relapse and usher them into the next stage of recovery.

Treatment for many types of substance use disorders often begins with detox and can include a variety of treatments models and therapies.

Inpatient facilities offer structured 24-hour care. Patients reside at the rehab center, where they participate in individual and group therapy, medical evaluations, support groups, and other recovery-focused activities, depending on the facility. Inpatient rehabilitation is a common treatment setting for patients with a history of relapse, multiple substances of abuse, co-occurring mental health disorders, or other personal circumstances that require a relatively high level of supervision and care.

Outpatient addiction treatment allows patients to continue living at home while attending scheduled treatment sessions at the facility. These sessions may last for several hours and take place multiple days per week, and they typically include individual and/or group therapy, life skills education, family therapy, support groups, and aftercare planning for relapse prevention. Outpatient therapy is often recommended as a step down for patients who complete inpatient programs, or as stand-alone treatment for those with less severe cases.

Types of therapy used in both inpatient and outpatient treatment may include:6 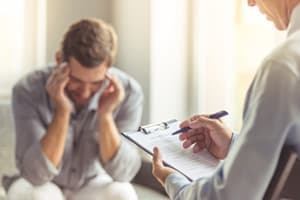 Additional support during and after rehab treatment might include:6

Don’t put yourself at further risk of an overdose or other serious medical consequence. If you or a loved one has been using Demerol, other prescription opioids, or even heroin, it is important to know that you can get your life back through treatment.

More resources about Is Demerol an Opioid and Can I Get Addiction Treatment or It?: