Concerta (methylphenidate) is a widely used prescription ADHD medication. Despite Concerta’s effectiveness at treating ADHD, there is widespread misuse of the drug, given that its stimulant effects may be similar to cocaine for some users.

Someone abusing Concerta may experience a fleeting sense of euphoria, in addition to periodic increases in energy and mental focus. They are also likely to experience chronic, if intermittent, elevations in pulse rate, blood pressure and body temperature, and they could develop more serious issues with anxiety and insomnia. There are reports of individuals overdosing on Concerta and experiencing a range of significant overdose symptoms, such as hallucinations, tachycardia (rapid heart rate), and seizures. In some cases, overdosing on Concerta can lead to lethal complications; this is more likely when the drug has been combined with other substances. 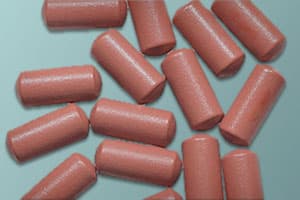 Concerta is a brand name for methylphenidate, a Schedule II stimulant drug prescribed to treat attention-deficit hyperactivity disorder (ADHD). Methylphenidate, which is also branded as Ritalin, among other names, is the most commonly prescribed ADHD medication worldwide.1

ADHD is a condition that affects millions of Americans every year. According to the Centers for Disease Control and Prevention, roughly 11% of children between the ages of 4 and 17 years of age (6.4 million) have received a clinical diagnosis of ADHD.2 And according to the 2015 National Survey on Drug Abuse, 3.5 million people aged 12 or older reported using methylphenidate products in the past year (1.3% of that total population).3

The use of Concerta to treat individuals with ADHD is approved by the FDA, but it is not safe for everyone. Concerta is contraindicated (not recommended for use) in people who have:4

While it is relatively safe for use in individuals who don’t have the conditions above, it becomes a potentially dangerous drug when it is abused. If you are using Concerta longer than prescribed or in higher amounts than directed, or you are using it illicitly, your physical and mental wellness are subject to harm and you risk developing a stimulant use disorder.

Someone abusing or addicted to Concerta may cycle through the following pattern often seen in users of other stimulants like cocaine and meth: 5

In some cases, people seeking a greater high may snort or inject the drug to achieve more rapid and intense effects. Being a prescription drug, Concerta may seem like a “safe” drug to use as either a performance enhancer or just for fun, but it is easier than it may initially seem to get stuck in this cycle of abuse. If you are misusing this drug in any way, see your doctor or consult with an addiction specialist or other mental or behavioral health care provider to develop a plan for Concerta treatment or call our helpline to discuss rehab options.

Street names for methylphenidate include:5

What Are the Side Effects?

Concerta use is associated with several symptoms. In the short term, Concerta side effects may include:4

Repeated Concerta abuse, especially at high doses, may result in:6

Concerta is a long-acting stimulant that works by increasing the activity of dopamine throughout the reward circuitry of the brain, leading to a euphoric high. The drug also boosts dopamine levels in key regions of the brain, which can lead to an increase in focus and attention. This mechanism of action helps to explain why people often abuse the drug to stay up late and study or focus during exams.5

The meta-analysis also confirmed what previous reviews have found: students who misuse prescription stimulants have lower GPAs and are more likely to use other illicit substances.7 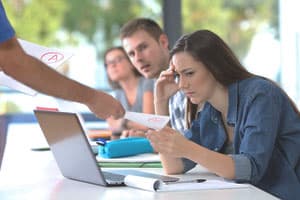 And among primary school students, studies also find no concrete evidence showing that the use of methylphenidate does, in fact, help people perform better in school or on tests.8

*One study found that the rate of depression among youth with ADHD is 5.5 times greater than youth without ADHD. However, the association between depression and stimulant abuse isn’t entirely clear. Although there is a significant overlap between symptoms of ADHD and depression, additional research is needed to establish a more definitive directionality between the two conditions. Nonmedical stimulant use may be an attempt to self-medicate the symptoms of depression, or stimulant misuse may cause or worsen depressive symptoms.7

Can It Lead to Long-Term Damage?

The effectiveness of Concerta for long-term use (more than 4 weeks) has not been exhaustively evaluated in clinical trials. However, according to the Surgeon General, consequences of long-term use could include:5

Continued abuse of Concerta can have additional long-lasting impacts on a person’s life, such as:

Concerta vs. Adderall: What’s the Difference?

Can You Overdose on Concerta?

It is possible to overdose on Concerta, and, in some instances, an overdose can be deadly. The most common causes of death after overdosing on the drug stem from either a dangerously rapid heart rate or aberrant heart rhythm associated with ventricular tachycardia or ventricular fibrillation.9

Overdose risk is especially alarming when you consider that the abuse of Concerta and other ADHD drugs among teenagers is becoming more and more common. In a study of 113 methylphenidate cases reported to a poison center, 91 (80%) involved people under 19 years of age. Among children who were 12 years or younger, the exposures were mostly accidental, but among teenagers, 73% used it on purpose. Teenagers are more likely to abuse methylphenidate or use it in a suicide attempt.9

Signs and Symptoms of Overdose

The effects of an overdose may range depending on the individual.9 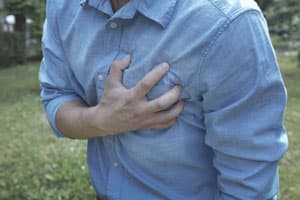 Does It Cause Withdrawal?

Developing an addiction to Concerta is a very real concern for anyone who is misusing the drug. When a person takes stimulants, it can cause a rapid release of dopamine in the brain, which produces a rush of good feelings. This rush can increase the motivation to abuse Concerta and, over time, a physiological dependence may develop, in which the body depends on Concerta to maintain a stable state and goes through withdrawal when it is not available.

Finally, abuse of the drug can also lead to the development of a stimulant use disorder, the diagnostic term for addiction. Someone addicted will keep an intense focus on getting and using Concerta knowing that doing so may cause or has already caused them harm.

Stimulant withdrawal may arise within a few hours to several days after stopping use. Individuals may develop a dysphoric mood along with the following:10 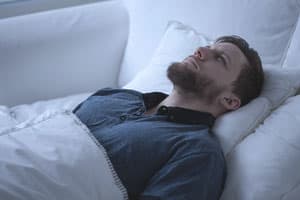 Withdrawal from Concerta is not usually considered medically dangerous, but it can still be intense and unpleasant.4 The individual will likely need several days of rest and time to recuperate. During stimulant withdrawal, a person may also experience depressive symptoms and suicidal ideation.10 Because stimulant withdrawal can be exhausting and psychologically distressing, you may benefit from detoxification in either an inpatient or outpatient treatment setting equipped to provide support, withdrawal monitoring, and access or referral to any medical services needed at any point during the detox process.

If you began abusing Concerta after first receiving a prescription to manage your ADHD symptoms, you may need to seek medical follow-up to manage those symptoms via alternative means.4 If you choose to detox under the care of medical professionals, they can help you with this.

Concerta Use in the United States

A growing number of Americans, including young people, are taking ADHD medications. According to a report by the United Nation’s International Narcotics Control Board (INCB) in 2016, global production of methylphenidate has continued to increase worldwide, reaching a record high of 72 tons in 2015. This increase was largely driven by demand in the U.S.; in fact, the U.S. is the leading manufacturer of the drug—accounting for 73% of total production.

A 2016 report found that attention-deficit disorders are among the top 15 conditions that Medicaid participants spend money on. And extended-release methylphenidate formulations like Concerta joined the top 10 most dispensed drugs among adults. Because Concerta is widely prescribed and available, there is a relatively high likelihood that a child or teen will come across it in a medicine cabinet or from a friend.

Pharmacologically, Concerta works in the brain in a similar manner to cocaine, resulting in increased dopamine in the synapse. In animal studies, researchers even use cocaine as a substitute for Concerta.11 Some research finds that adults who had ADHD as children have a greater likelihood of developing an addiction to cocaine in adulthood; however, the results of other studies challenge this claim.12 What is known concretely, however, is that these prescription stimulants are widely abused, especially among young adults and that the price of abuse can be extremely high.

Treatment for Abuse and Addiction

Outpatient facilities are excellent if your symptoms are mild and you require some flexibility in your treatment schedule. Outpatient programming allows those with relatively less severe addictions to stay at home while seeking care at the treatment facility on a daily basis. Many people who struggle with Concerta abuse are young adults, and this type of treatment provides them the opportunity of living at home while also attending school or handling other life responsibilities. In treatment, you will engage in group therapy and counseling to help address underlying factors fueling Concerta abuse.

If your addiction is more severe, staying at an inpatient facility may be better for you in the long-term, as it allows you to give your all to recovery without the distractions of your home life. During inpatient programming, you live at the rehab facility while receiving medical care and around-the-clock supervision. You will engage in a number of recovery activities such as one-on-one therapy, group counseling, and relapse prevention classes, in addition to any other activities that the facility offers, such as massage, exercise classes, yoga, group activities, and cooking classes.

If you are ready to start treatment but you are unsure of where to begin, reach out today. It’s never too early (or too late) to ask for help.