A Heroin Users Guide to Help You find Treatment for Addiction

A chemical derivative of morphine, heroin is a powerfully addictive opioid that causes drowsiness, pain relief, euphoria, and slowed breathing. Its effects are similar to those of other opioids like OxyContin, methadone, and fentanyl.

Heroin is extremely dangerous, particularly so in recent years as it has been regularly contaminated with other drugs like fentanyl that can cause a rapid and deadly overdose even in tiny amounts. 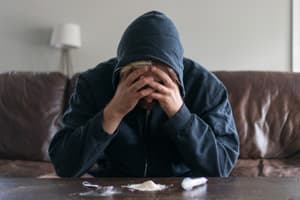 Heroin abuse has reached epidemic proportions in the U.S., and the problem continues to grow. Not only are more people using heroin than ever before, but an oft-contaminated street supply has made the heroin of today more dangerous than at any time in the past.

With potential adulterant substances as well as inconsistencies in potency from one batch to the next, an overdose can occur with each new use. Those lucky enough to avoid a potentially fatal overdose are still subject to the cumulative health ravages associated with chronic abuse. However, with treatment, recovery is possible and the damage from heroin can be stopped.

Heroin is an opioid drug that is classified as a Schedule I substance, which means that it carries a high risk for abuse or addiction and has no medical use.1

Heroin is commonly obtained in 1 of 2 forms:1,2

Heroin abuse and addiction have increased in almost every demographic.

According to the American Society of Addiction Medicine, in 2015, there were nearly 600,000 people suffering from heroin addiction and an alarming 13,000 fatal heroin overdoses.3  In a frightening trend, heroin abuse and addiction have increased in almost every demographic.3 One group significantly contributing to this increase in heroin use is women. In fact, heroin overdoses among females tripled between 2010 and 2013.3

Heroin is absorbed into the brain very rapidly, causing an intense high characterized by:1,2,5,6

Heroin intoxication is accompanied by numerous side effects, which can include:1,2,5,6

Other negative consequences from heroin use can include:1-2, 5-7

If you think that you or a loved one may be addicted to heroin, watch for these warning signs that are used to diagnose a heroin use disorder:2,5 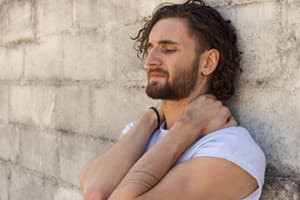 Other signs of heroin addiction can include:

Can You Get Addicted from Using Once?

According to the American Society of Addiction Medicine, nearly a quarter of people who use heroin eventually develop an addiction.

Those who try heroin are unlikely to instantaneously develop an addiction; however, heroin does rapidly affect the brain in a way that can easily lead to addiction down the line, especially since the onset of the high is so rapid and so intensely pleasurable, promoting repeated use.1,6 In the brain, heroin is converted to morphine, which quickly binds to opioid receptors.2 Many find the rewarding euphoria that accompanies each use so pleasurable that they return to heroin again and again to get those feelings back, fueling a compulsive pattern of use that leads to addiction. And that first heroin high may be unlike any that follow, causing people to continue chasing it by increasing their doses—a dangerous practice that, if it doesn’t result in deadly overdose first, can speed the development of a full-blown addiction.

According to the American Society of Addiction Medicine, nearly a quarter of people who use heroin eventually develop an addiction.3 The risk may be especially high for those who inject or smoke it because these methods of use allow it to reach the brain faster.6

Misuse of prescription opiates can increase the risk of developing a heroin addiction, as well.2 About 80% of Americans that report using heroin said they had abused prescription opiates before initiating heroin use,2 and almost 50% of young people who use heroin intravenously report having previously abused painkillers.2, 6

Prescription opiate misuse is only one risk factor, however, since the majority of individuals who misuse prescription painkillers do not transition into heroin use.2 Some individuals who did make the transition to heroin from painkillers indicated that their reason for doing so was easier access and cheaper cost of heroin in relation to pills.6, 7

Long-term heroin use can have long-lasting—sometimes permanent—effects on an individual’s physical and mental health. The method of use (such as injection) can have additional consequences. 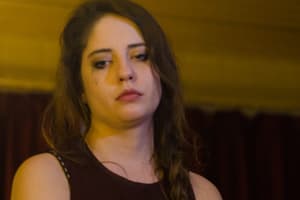 Physical health effects of long-term heroin use can include:1-2,4-7

Mental health effects of chronic heroin use can involve:1,5,6

Apart from possible infectious disease transmission, injecting heroin can cause:2,5-7

Snorting heroin can lead to other health issues, such as:5

Chronic heroin users often suffer from social or legal issues as well, which may include:5,6

What Are the Signs of an Overdose?

An overdose from heroin can occur with any use, even the first time. The adulterants that are used to cut heroin are stronger than ever before and dramatically increase the risk of overdose.4 Overdose deaths saw the biggest annual increase in U.S. history in 2016.4

A heroin overdose can lead to widespread oxygen deprivation, which can have serious consequences including coma, vital organ injury, and even lasting brain damage.2

Heroin overdose is a huge concern for regular users of the drug, but certain factors make it more likely:

Narcan (naloxone) is a medication that can reverse the effects of an overdose if administered quickly.2,6 It functions by blocking the effects of heroin in the brain and is available as a nasal spray, intramuscular injection, or an auto-injector similar to an Epi-pen.2,6 The spray and auto-injection versions are sometimes distributed to opioid addicts and/or loved ones to use in case of emergency. First responders are often equipped with Narcan to rapidly treat overdoses and prevent death.2

In cases of heroin adulterated with other substances like fentanyl, multiple doses of naloxone may be required to reverse an overdose.

Heroin Deadlier than Ever Before

It’s not a new phenomenon for drug manufacturers to add other substances like sugar, starch, or quinine to heroin. However, recently, more potent forms of synthetic opioids are popping up in heroin (often without the buyer’s knowledge). Because minuscule amounts of some of these drugs are all that’s needed to cause fatal overdose, heroin is more dangerous than ever.

Adulterants added to heroin can include: 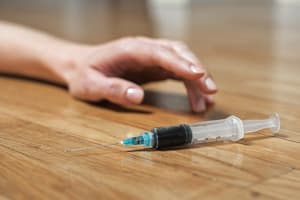 Gray death is a relatively recent concern in the U.S. and refers to a new combination of drugs that is extremely potent and has a gray appearance similar to concrete mixing powder.10 Gray death can include various substances, and it varies from batch to batch.10 Lower concentrations may not show up in laboratory analysis, but components in gray death can include U-47700, heroin, fentanyl, and similar drugs.10 Even a very small dose of gray death can cause an immediate fatal overdose.10

Heroin and Other Drug Use

Since heroin is a depressant, taking heroin with other depressant drugs can amplify the effects significantly by slowing the heart and breathing rate more than either drug alone, significantly upping the chances of overdose.11 Additionally, the extreme impairment to both physical and cognitive processes that can occur from combining these drugs can increase the risk of accidents and injury.11

Mixing heroin with stimulants, such as cocaine or methamphetamine, can leave the user reeling from the vastly different set of effects of both types of drugs, the mixture of which can be unpredictable and potentially fatal.11

Dependence occurs when the brain and body become accustomed to the effects of heroin and require a certain amount of it to perform normally. When a user has become dependent, they will suffer from withdrawal symptoms at any attempt to cut down or discontinue heroin use.

Withdrawal symptoms can include:1,5

The severity of withdrawal depends on various factors, including the dose, frequency, and duration of heroin use, route of administration, and the individual’s physical health.1 While heroin withdrawal is rarely deadly, the extreme discomfort it causes can be intense enough to prompt an immediate relapse.

Supervised detox can ease the symptoms of withdrawal. Detox can be accomplished in a hospital setting, free-standing detoxification facility, comprehensive rehab that provides detox followed by inpatient treatment, or on an outpatient basis. Medication-assisted treatment (MAT) is often used to ease the symptoms of withdrawal and can utilize methadone, buprenorphine, or other medications to ease symptoms and lessen cravings.12

How to Get Help

There are various types of treatment methods for heroin addiction. These include: 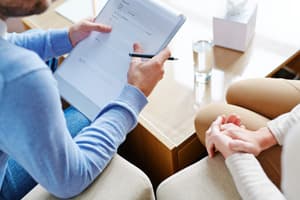 Aftercare is an important aspect of recovery that helps to sustain substance abstinence past the completion of an initial course of treatment.13 Patients work closely with staff to develop an ongoing plan to ensure sobriety, which may include additional treatment, sober living, and participation in self-help programs to provide continuing support. For some individuals, entering a sober living home is a good follow-up to formal treatment. Sober living homes require sobriety and participation in daily chores and activities. They may also require residents to attend recovery meetings and gain employment.

For those who need a lot of extra help in staying sober, long-term residential treatment provides an additional level of support and monitoring, as patients gradually become acclimated to living without the use of heroin or other drugs.13 These programs are very structured. They focus on “resocializing” the addicted individual by actively integrating the entire community (other addicts and staff members) into treatment. Employment training and other support services are often available to residents.13

Several medications have been approved to treat heroin dependence by reducing cravings and alleviating painful withdrawal, and, therefore, the likelihood of relapse.12 These include methadone, Suboxone, and naltrexone.

When taken as directed, methadone activates the brain’s opioid receptors without creating a pronounced high like heroin does. In doing so, it eases withdrawal and effectively tricks the brain into thinking it’s still getting heroin.12 Methadone can be used on a short-term basis during detox or as a long-term maintenance medication for those who have had difficulty maintaining sobriety.

For those who may be worried about staying compliant with their treatment, medication options do exist that are longer-lasting and don’t require daily administration.Suboxone is a combination of buprenorphine and naloxone. It acts in a similar manner to methadone in that it both eases withdrawal and helps to stave off cravings. Suboxone also has a “ceiling effect,” meaning that after a certain dose, the effects won’t increase even if the user takes more.  This helps to reduce the chances of misuse.15

Naltrexone works differently than methadone and buprenorphine. Instead of providing a certain safe level of opioid effects, it actually blocks the euphoria associated with opioids like heroin. This means that if a user takes heroin, he won’t get high. This discourages opioid abuse because the motivating reward (the high) is no longer present.12

For those who may be worried about staying compliant with their treatment, medication options do exist that are longer-lasting and don’t require daily administration:

Help for heroin addiction is available. You don’t have to keep suffering when there are so many resources to help you overcome addiction and live the healthy life you deserve.

More resources about A Heroin Users Guide to Help You find Treatment for Addiction:

How Long Does Heroin Stay in Your System?Getting the Best Heroin Rehab TreatmentFlorida Sues Pharmacies Over Opioid SalesFentanyl Seizures Around the U.S. Skyrocket First Injection Sites Will Open Their Doors This Summer

DetoxDrug AddictionHeroinInpatient RehabOpioidOutpatient RehabRehab Treatment
Want to get help, but not ready to talk?
Instead, sign up for text support to receive: