Should Technology Be Allowed in Treatment?

When those suffering from addiction are looking to enter residential inpatient rehab, one of the first questions they often have is whether a facility allows the use of cell phones, laptops and the Internet.

The answer varies entirely based on the facility. While some treatment centers believe staying in contact with loved ones during treatment can provide an important support system, others believe the use of technology can be a distraction towards the patients’ ultimate goal of getting well. 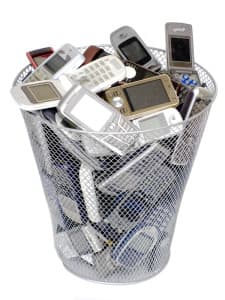 Part of this restriction is due to the problems that social media can create. If a client regularly posts Facebook statuses about their time in treatment or Instagram photos of the complex, it could pose a safety issue for other residents. However, the biggest danger that mobile technology poses is to the individual client. If a client has access to their phone, they can often still easily access a dealer or people they partied with. Cell phones and laptops often serve as an escape from addressing difficult issues or emotions. It’s critical to experience these moments and focus on treatment.

“While [technology] is clearly not as toxic to one’s lungs or liver as drugs or alcohol, it can be just as toxic to one’s self-determination and relationships and may actually make people more vulnerable to other addictions.”-Dr. Keith Ablow

“While it is clearly not as toxic to one’s lungs or liver as drugs or alcohol, it can be just as toxic to one’s self-determination and relationships and may actually make people more vulnerable to other addictions,” writes Dr. Keith Ablow, a psychiatrist and member of the Fox News Medical A-Team. “It seems possible, in fact, that mobile technology could be a ‘gateway drug’ that fuels the search for self-defeating, counterproductive anti-anxiety strategies, like using marijuana or alcohol to keep uncomfortable feelings at bay.”

Nomophobia, or anxiety associated with having no access to mobile technology, has even become a legitimate diagnosis.

A recent study of 1,000 individuals found that 66 percent feared losing their cell phones, up from 53 percent in 2008. The issue hits particularly hard with those between the ages of 18 and 24, with 77 percent reporting being uncomfortable if they were away from their phones for a few minutes.

Because many people entering inpatient treatment do so as a means of escaping things that cause or tempt their addictive tendencies, boot-camp style rehab centers will often ban technology use entirely. Most rehab centers will restrict phone and laptop use to some degree in order to help facilitate this, while also banning devices completely during group therapy or classes. Despite the often harsh restrictions, most facilities will allow Internet or phone use at a designated time during the day or offer it as a reward for good behavior.

A guideline to follow is that the more upscale and expensive the facility, the more lax the restrictions are on technology.

The technology rules will vary between treatment centers across the nation. However, a guideline to follow is that the more upscale and expensive the facility, the more lax the restrictions are on technology. For those who run their own business or whose work simply won’t allow them to close their laptop for 30-90 days, executive rehab centers offer unrestricted phone and Internet use, allowing clients to conduct daily business in an office setting.