The Ugly Truth About Menthol Cigarettes

Cigarette smoking has been a public health problem for decades…with anecdotal evidence that people who smoke menthol cigarettes have a much harder time quitting.

Now, we finally have scientific evidence to support those claims. It’s official: There are increased dangers associated with smoking menthol cigarettes.

California Institute of Technology Pasadena’s Brandon Henderson and a group of colleagues have been able to uncover a distinct link between menthol and an increased number of nicotinic receptors, which are the parts of the brain targeted by nicotine.

The wealth of data collected by Henderson’s team confirmed that exposing mice to menthol, even without the presence of nicotine, increases nicotinic receptors in the brain. That means you have to smoke more and more just to get the same effects, causing an ever-increasing cigarette addiction.

Late last year, Henderson presented the group’s findings to the 2014 Annual Meeting of the Society for Neuroscience in Washington DC.

In 2013, research showed that, while smokers of both menthol-flavored and non-menthol cigarettes develop an increased amount of receptors, the menthol-enhanced cigarette smokers grew faster, especially in the neural area of the brain known for reward and motivation.

Also, breaking a menthol cigarette addiction is harder than breaking a non-menthol addiction. Quitting rates among menthol-flavored cigarette smokers were as low as 23 percent – compared to 50 percent among non-menthol smokers.

Should We Ban Menthol?

Menthol, extracted from the peppermint plant, was first added to cigarettes in 1926. 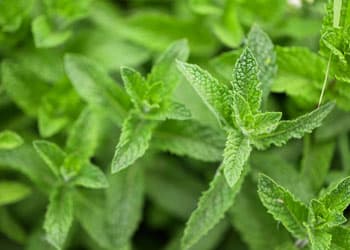 The menthol concept was actually discovered by accident when Lloyd “Spud” Hughes of Mingo Junction, OH, stored his cigarettes in a tin with menthol crystals used to treat a perpetual cold. The minty flavor absorbed into the cigarettes, making the inhalation more pleasant.

Today, it is believed that menthol cigarettes account for about 25 percent of the total cigarette market in the United States.

However, that could be changing. The European Parliament will outlaw all menthol cigarettes by 2022 and the U.S. Food and Drug Administration may follow suit.

Beth WilsonAUTHOR
Take the next step