Changing Our Perspective on the Opioid Crisis

I recently came across some work featured in Time Magazine by Philadelphia-based photographer Jeffrey Stockbridge. For five years, he chronicled the lives of heroin addicts in the city’s Kensington neighborhood. In the article, he discussed the changing face of substance abuse and his desire to alter society’s narrow perspective about this disease.

What struck me the most were Stockbridge’s words about how we need to look at chemical dependency through a different lens because it’s so widely misunderstood. This lens, he proposes, would allow us to treat people in active addiction as human beings, with compassion. He believes stigma is the reason we find it hard to show compassion towards people in addiction.

Over the course of five years, Stockbridge built rapport and trust amongst his subjects, which allowed them to be heard. He did this by pairing their photos with written and audio statements that were published online. He successfully humanized them; they were no longer faceless, voiceless strangers.

Organizations Working to End the Stigma

The article made me think about the divide between all the great addiction advocacy work being done and the persistent negative stigma associated with substance abuse.

There are some great organizations out there attempting to shorten that gap, such as:

How Do We Change Hearts and Minds?

Despite the tireless efforts of advocacy groups, a gap remains. There are still huge sections of society who label substance abusers as second-class citizens – unworthy of basic human decency and treatment. 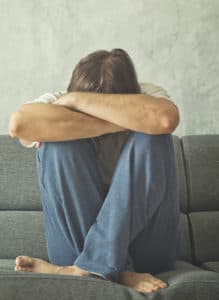 Those same uneducated people think, despite overwhelming scientific evidence to the contrary, substance abuse is a choice and a moral failing. I’ve witnessed it and I’ve experienced it, as well. I have friends and family who still believe chemical dependency is a matter of diminished self-control. What else can we do, though?

Stockbridge suggests spending time and money on finding solutions, rather than changes in drug policy or harsher prison sentences. He encourages investment in getting people treatment – citing the success of harm reduction programs in Kensington. Stockbridge thinks their success is largely due to the human element: seeing the addicted as people who simply need help. He hopes his photos aid the realization that nobody “sets out to become a heroin addict,” rather they fall into a “cycle of pain and numbness” that becomes incredibly difficult to escape without help.

Stockbridge believes so passionately in harm reduction programs that he’s donating a portion of the proceeds from his book to them.

A Personal Call to Arms

My life’s purpose is to provide resources for people to live well in recovery, but I wondered – beyond spreading the message of recovery – what could I do to help educate people about their misconceptions? I tend to shy away from recommending how others live their lives, but with Stockbridge’s thought-provoking work and the unrelenting negative stigma, I find it hard to not to act.

Here are some of my suggestions to change society’s view and possibly help find a solution to the growing substance abuse epidemic:

I passionately believe, like Stockbridge, that breaking stigma and challenging misconceptions goes a long way in effectively dealing with a crisis that’s killing millions of Americans.

Stockbridge’s project has since concluded, resulting in his book, Kensington Blues.