History of Crack Cocaine Including When, Where and How It Was Created

It was the scourge of the ’80’s and ’90s, but how did crack cocaine come about? Where was it found and how did it get to where it is now?

To explore these questions in better detail, we need to look at the basic material: cocaine.

Where Did Crack Come From?

Cocaine comes from the leaf of the coca tree, which is grown in South America, normally Columbia, Bolivia and Peru. It has been used for millennia, and it was brought to Europe for study by the Spanish. Its euphoric and anesthetic properties were discovered around 1860, and it soon became widely available. 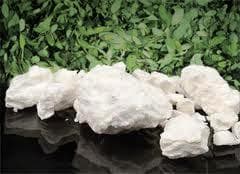 How Was Crack Created?

The extraction process was the original barrier to purifying cocaine from the leaves, but the method was created and then improved repeatedly. It’s a relative simple process, but it requires some time and needs certain materials that were not available until the early 19th century. In 1855, it was extracted for the first time.

The discovery of cocaine led to the discovery of other local anesthetics such as Novocain and lidocaine, as pharmacologists now knew what sort of compounds they had to create. It’s all about the shape of the molecule and how it interacts with the brain or local nerves, and cocaine effectively provided a blueprint for this.

Cocaine would be effectively banned by the Harrison act of 1914 and the Jones-Miller act of 1922, both passed as a result of increasing hysteria over cocaine use. However, that didn’t stop people from using it. While cocaine use dropped sharply after the 1922 act halted domestic cocaine extraction, US borders were fairly porous-after all, helicopters wouldn’t be used to patrol the US-Mexico border until 1979, and land vehicles were near useless thanks to the sheer length of the border-and this meant cocaine could travel through Central America to the States.

Take Our “Am I a Crack Cocaine Addict?” Self-Assessment

Take our free, 5-minute “Am I A Cocaine Addict?” self-assessment below if you think you or someone you love might be in need of cocaine addiction treatment. The evaluation consists of 11 yes or no questions that are intended to be used as an informational tool to assess the severity and probability of a substance use disorder. The test is free, confidential, and no personal information is needed to receive the result.

The Birth of Crack Cocaine

As the land border became more tightly controlled, cocaine would be shipped via the Caribbean and the Bahamas and end up in Miami. The Contra rebels were in full flow in Nicaragua, and reportedly the CIA turned a blind eye to the rebels exporting significant amounts of cocaine for funding. Unfortunately for dealers, this produced a glut, which resulted in lower prices and therefore lower profits. Dealers resorted to adding sodium bicarbonate or ammonia to the powder to make it more volatile.

When Was Crack Cocaine Invented?

Crack first appeared in small batches in major cities in 1981. The police didn’t recognize this new rock-like material, but chemical analysis showed it was basically cocaine as freebase (rather than as the hydrochloride salt). As the technique spread, though, it gained more adherents. The first large-scale use, and presumably mass production, was observed in 1984 in Los Angeles.

The issue was that when cocaine was sold, it was cut with around 45 percent filler. This could be anything from icing sugar to other drugs. Crack cocaine could be obtained for the same price at purities of around 80 percent. People used to taking cocaine would take an equivalent amount of crack and overdose, and hospital admissions due to cocaine overdose doubled in a year. 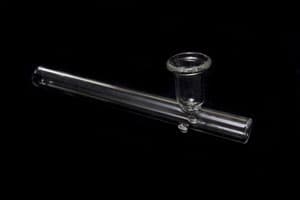 Crack could also be smoked much more easily, requiring a temperature of only 194°F to vaporize. While this is warm, it’s below the boiling point of water. Cocaine hydrochloride would only vaporize at 370°F, which is very close to the point at which it burns, making this method of ingestion impractical.

Naturally this set the stage for one of the media’s favorite past times: creating a moral panic. Just like in the cocaine “crisis” of 1905 where African American laborers were blamed for pretty much every crime, the media seized the stats and started disseminating hysteria, and much of it was aimed at poor African Americans living in inner-city areas. There seems to be a bit of a pattern here.

That’s not to minimize the issue of crack. Because the US was going through a recession, this meant that many people couldn’t afford much, particularly in the poorer inner-city communities. A couple of rocks could be bought for a few dollars, which meant that people who had very low incomes could afford this drug.

It proliferated in these poorer, often African American, communities, and people quickly found that the intense fifteen-minute high was incredibly addictive. People started to do anything for their next hits. Crime rose significantly thanks to this new drug, and homicides more than doubled among teenagers and twenty-somethings.

The devastation that crack wrought would last for nearly twenty years, and it set back race equality significantly. A common stereotype of a black neighborhood was that half were smoking crack and the other half were selling it. This is rather unfair, but perception of the issues often has more weight than the reality.

Police taskforces were set up to deal with this drug, and drugs became a high-priority issue, with officers being rewarded substantially when drug busts happened. This led to a major spike in arrests for nonviolent crimes, such as possession. Of course, this doesn’t deal with the root of the issue: addiction and poverty. Until those issues are addressed and people are able to get the crack addiction treatment they need, it’s unlikely that the crack problem that has happened in our inner-city areas will be resolved.

Ultimately, crack is a highly addictive drug, and those who take it are much more likely to use crime to pay for their habits. It can be instantly addictive, meaning just a single dose is enough to start on the path.

The reason is that it triggers a massive dopamine rush in the head, and this can start immediate cravings for the drug. Consequently, quitting the addiction can require professional help, and users should find out all they can about rehab and addiction clinics. You can look at locations, facilities and the effectiveness of clinics online, and it’s easy to call us to discuss your options at .